After nearly three years on display in the UK, the USA and Australia, in one month’s time the world’s biggest touring exhibition will arrive in Asia.

When Exhibitionism – The Rolling Stones Exhibition, delivered by DHL, premiered in London, The Daily Telegraph called it “the most magnificent multi-sensory barrage of Stones 'stuff' you’re ever likely to encounter.” After its star-studded U.S. premiere in New York City, People Magazine said it “is the closest you’ll get to hanging out with the band at key moments in their history.”

The Rolling Stones exhibit went on to three more stops in the US – Chicago, Las Vegas and Nashville – all of which garnered rave reviews and drew huge crowds of music, art and fashion lovers.

“The most magnificent multi-sensory barrage of Stones 'stuff' you’re ever likely to encounter.”

Exhibitionism is the largest touring experience of its kind ever to be staged, and the first time in history the band has personally unlocked their vast private archive exploring the very beginning of their history to the Stones’ super-stardom of today. 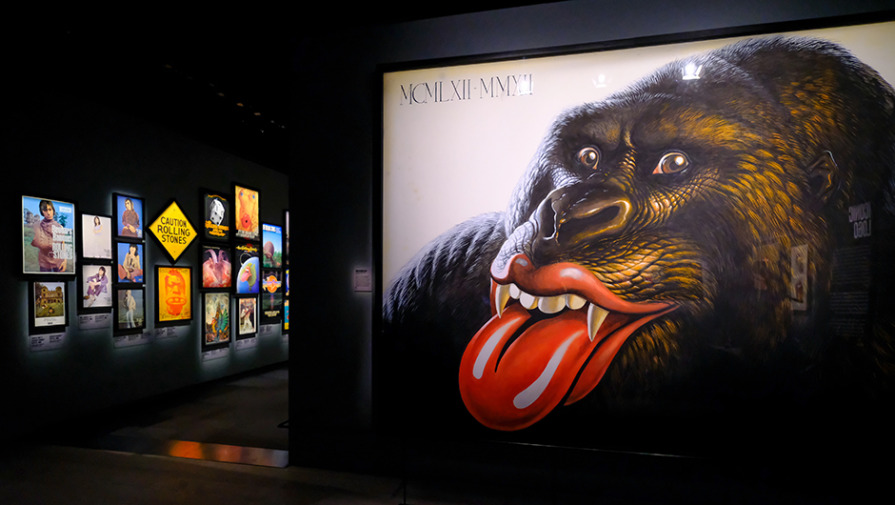 Stones down under
The exhibit made its Australian debut in Sydney in November 2018 at the International Convention Centre (ICC) – the country’s first fully integrated convention, exhibition and entertainment venue.

It proved a huge hit with fans keen on getting a up close and personal with the band’s history and paraphernalia.

Sydney City News wrote, “this is not a standard static museum set but a highly engaging and at times interactive event.” 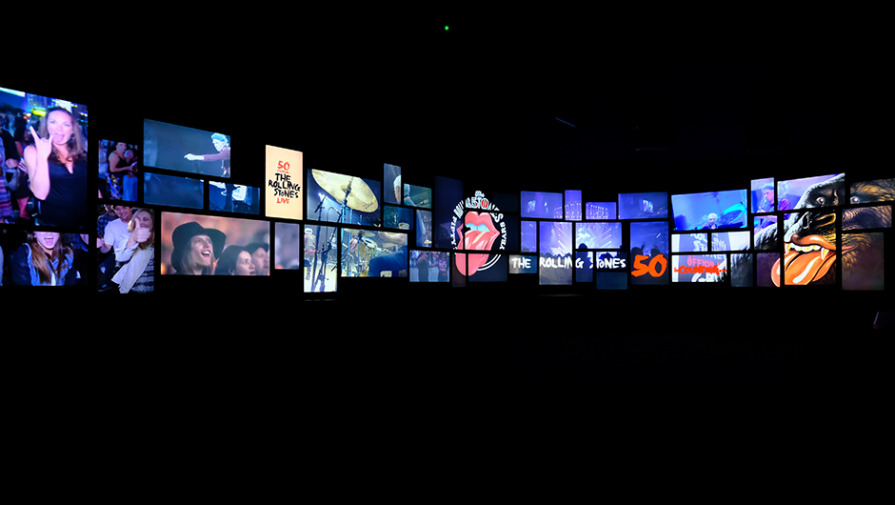 “It’s an amazing 3-4-hour experience,” said Executive Producer Tony Cochrane to ABC Australia’s Glen Bartholomew. “It’s huge and it takes a lot of time to absorb it and get through it all – [there are] a lot of interactive elements, a lot of really fascinating stuff really from their entire career.”

Rolling into Asia
Now Exhibitionism – The Rolling Stones Exhibition, delivered by DHL, is finally arriving in Asia.Tickets went on sale in November, with the exhibit scheduled to open on March 15 and run through May/June.

In fact, the show is on the move right now.  DHL is the Presenting and Official Logistics Partner of Exhibitionism – The Rolling Stones Exhibition and is using the power of its global network to transport it around the world. 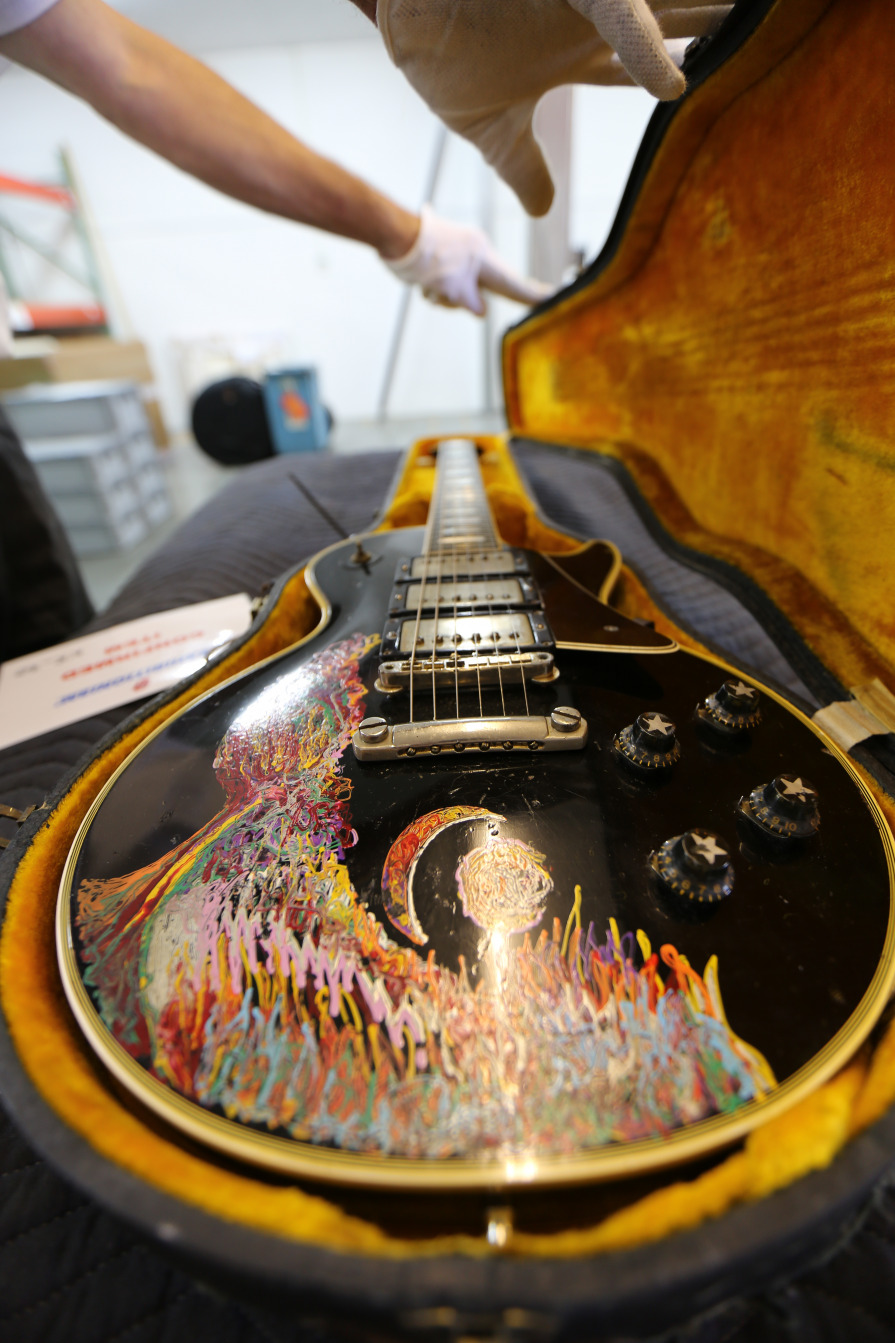 “We’re truly delighted to bring Exhibitionism – The Rolling Stones Exhibition to fans here in Tokyo,” said Ken Lee, CEO APEC DHL Express. “Delivering more than 500 rare and priceless artefacts on behalf of the band is both an honor and a recognition of DHL’s worldwide expertise.”

Japan will be the only Asia country to host the exhibition – which is the biggest of its kind in the music industry. The band is expecting well over one million people to visit during the tour.

Looking forward
The Rolling Stones have been around for over 50 years as one of the most popular rock bands in music history. One of the reasons, says Curator Ileen Gallagher, is that the band always looks forward.

“Mick Jagger and the rest of the members of the band were not interested in looking back in time.”

“Mick Jagger and the rest of the members of the band were not interested in looking back in time,” she says. “They always want to look forward, and that’s one of the reasons they’ve been so successful over the last 50 years and they’ve stayed so culturally current.”

“The Stones are the consummate professionals as musicians — they make it all look so easy,” said Mike Parra, CEO of DHL Express Americas. “DHL has a similar workstyle of ‘Excellence. Simply delivered.’ — no matter how complex the logistics.”

Roll with DHL and the band right here on DHL InMotion, and find out more about Exhibitionism at www.stonesexhibitionism.com

Like our van, tag a friend and you could win two tickets to The Rolling Stones exhibit in Vegas

Rocking the World Since the 60s

Shipping the Show – The Details