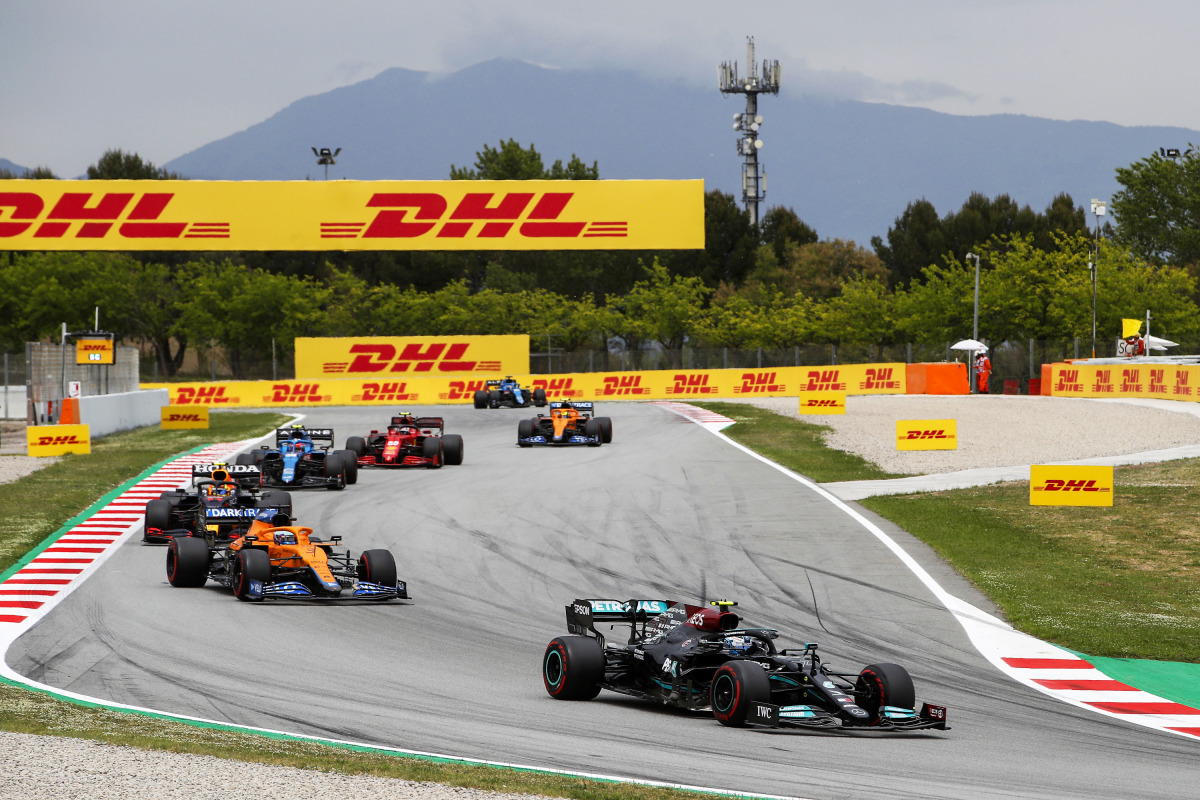 Scoring a Formula 1® victory is all about speed; but is the winner always the fastest? Redefining our standards of speed, the DHL Fastest Lap Award is one for fierce competitors. This is how it works: one driver sets the fastest lap at each race - the award will go to the man who sets the most over the season.

To win will require pure speed – something we at DHL know all about. As the world's leading logistics provider and Official Logistics Partner of Formula 1, we achieve our goals by shortening international routes, facilitating global trade and making the world a smaller place.

Would Max Verstappen’s chances of scoring big points at the Qatar GP be diminished before the race even started? With a five-place grid drop due to a Yellow Flag infringement during Qualifying, the Red Bull Driver was forced to start from P7. He came back stronger than ever though; He fought his way back up to P2 and maximized damage limitation by setting the DHL Fastest Lap.

Both Red Bull drivers faced a challenging Sunday evening with Sergio Perez failing to make it into Q3 on Saturday and Verstappen getting a grid penalty. Verstappen however launched like a rocket at lights-out though and had made it up into fourth place by Turn 1. He didn’t have the pace to counter leader Lewis Hamilton’s insane speed but set out to chase down the Mercedes driver nonetheless.

Picking off Fernando Alonso and Pierre Gasly in the process, the Dutchman delivered an unparalleled recovery drive and fought his way back into P2, a position he managed to defend well throughout the race. As his task for Sunday was to practice damage limitation, the extra point he scored by setting the DHL Fastest Lap certainly didn’t hurt. A Virtual Safety Car, caused by a puncture on Nicholas Latifi’s Williams, allowed Verstappen to come in for a free pit stop and bolt out on fresh softs. A 1:23.196 scored on the very last lap saw him clinch that one bonus point.

With Hamilton winning the race in front of Verstappen, the gap between them has now narrowed to only eight points, so it looks like this fight will go down to the very last lap in Abu Dhabi. But as both Red Bull Drivers scored big points by finishing in P2 and P4 respectively, the Austrian team is now only five points away from catching Mercedes in the Constructor’s championship. In all of this, Verstappen taking the single point for the DHL Fastest Lap here in Qatar could prove crucial.

“I had fun today, especially when going for the fastest lap,” said Verstappen afterwards, feeling quite satisfied with himself. “This weekend has been quite difficult for us as a team and we are still lacking pace. I tried everything I could after the five-place grid penalty, so to finish in second and score the fastest lap is really good.” His performance also earned praise from Red Bull team principal Christian Horner: “Today was a big day, I think Max’s recovery on the first lap was stunning and his first two corners were sensational.”

Seven-time world champion Lewis Hamilton is the winner of the DHL Fastest Lap Award after posting the fastest lap six times in the 17races. 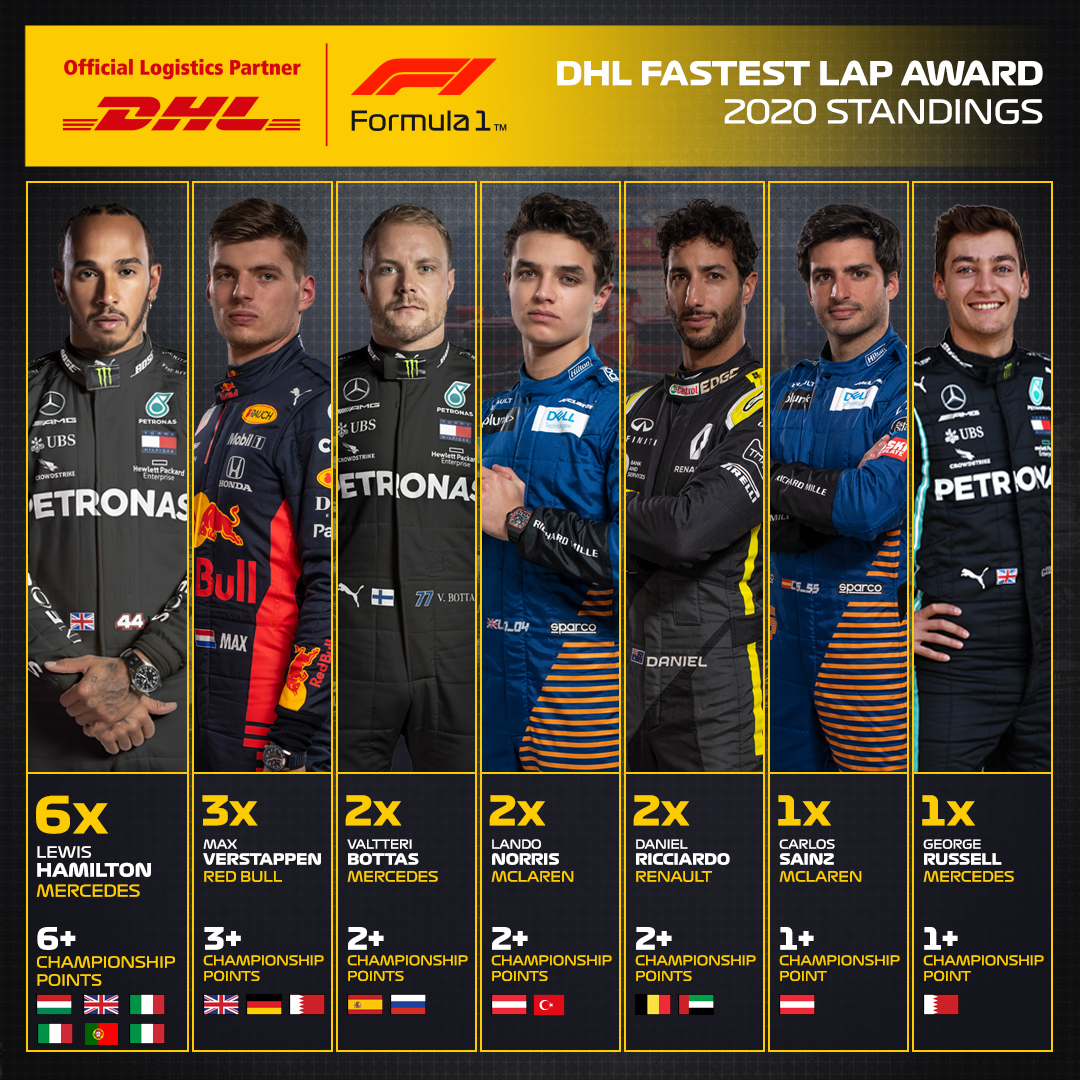