The ‘Meet the Partners’ event series is entering its next exciting round. After an initial group of teenage pupils was given the unique opportunity to look behind the scenes at the Gewandhausorchester's work while on tour, this time our global esports partner ESL – in cooperation with Teach First Deutschland – welcomed a class from the Marie Curie-Realschule in Bottrop to its headquarters in Cologne. The high school students got a once-in-a-lifetime chance to gain inspiring insights into the work of ESL, the world’s largest provider of esports leagues and events and to collect ideas for their own professional careers.

ESLxDHL: A cooperation beyond just logistics

As the Official Shipping and Logistics Partner of the ESL One series, DHL acts as an interface between its partners Teach First Deutschland and ESL at this series of events, while – at the same time – also makes it clear within the framework of our Group-wide GoTeach program that the cooperation goes beyond just logistics.

Christopher Flato, Head of PR at ESL, welcomed the students, their accompanying English teacher and the Teach First Deutschland Fellow, Robert Krieger. As a Fellow, he works closely with the teens for a period of two years to help them transition through the educational system, while he simultaneously gains valuable professional work experience himself. Seven of the ten students who took part were girls who had no background in the topic of gaming to this point. Two of the three boys, however, were already gaming fans and 16-year-old Jonas Hillenbrand even admits that a childhood dream came true for him when he visited ESL. 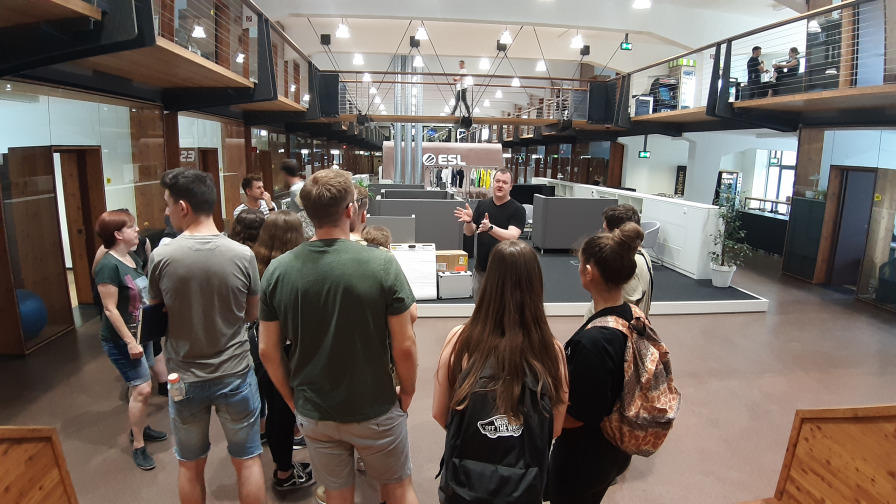 The young people were allowed to take a look at everything as they were led through the large factory hall with its glass offices and were encouraged to pepper ESL employees with their questions, like: "Why is gaming called a sport?", "How do the firewalls and the protection against hackers at large tournaments actually work?" and "Do you have to speak English to work here?”

For the students, these insights into the working world are incredibly valuable. After all, many of the requirements demanded in today's office environments sounds awfully abstract when discussed in theoretical school lessons. For example, Fellow Robert Krieger noted that, till now, his pupils didn’t believe him when he stressed just how important English will be in their future careers. At ESL, the teens could experience that for themselves in a real working situation.  Everyone who talked about their work at ESL during the guided tour   emphasized that English language skills are essential: the only conversations the visitors heard coming from open office doors were in English.

Verena Wagner, Senior Expert for Digital Education and Training at Teach First Deutschland, is grateful for the opportunities offered by the "Meet eSports@ESLxDHL" initiative. "Students can get to know the real digital working world and recognize how essential digital media skills are,” she explains. “Here they get a real impression of a professional world that is open to them all." Concerning Deutsche Post DHL Group's role in this cooperation, she adds, "Without DPDHL Group, we wouldn't be able to generate such contacts. We work together as equal partners and think cooperatively about what is best for the pupils. When a partner and sponsor supports us so perfectly, we are incredibly grateful for that."

Fellow Robert Krieger also emphasizes the topic of digital media literacy. He sees a clear shift in schools away from traditional media towards the "mobile" aspect. "Almost everything is done on mobile phones,” he says. Today's students are increasingly moving away from media such as print and TV, and even with computers, there is a lack of knowledge,” he says. “The smartphone dominates the media world and knowing how to use a PC is anything but a matter of course for students.

DPDHL Group and Teach First Deutschland are focused on employability

Employability is a top priority in the cooperation between DPDHL Group and Teach First Deutschland. DHL's focus is on improving young people's employability during their transition from school to working life. In addition to job application training, this also includes offering insights into the world of work, such as at ESL.

ESL employees make it clear that you don't have to be a gaming nerd to work for them. The company functions like many others and accordingly has the usual business positions to be filled. These include PR, Sales, Finance and HR. ESL’s new Head of HR, for example, had previously worked for DHL.

During a group work session, the students had a chance to develop the skills they think a gamer needs. Communication skills, team skills and resilience were often mentioned. Angelina Ochs, one of the girls in the group, recognized these skills in herself and described the day at ESL as an eye-opening one. "This is how you get to know completely different professions that you would otherwise never have been introduced to,” she said. “I especially liked the working atmosphere here. You should definitely have fun in your job. That will be pretty important to me in the future when I'm working."

Verena Wagner aptly summed up the value of the day. "Today, companies are called upon to commit themselves to society,” she insisted. “Both out of self-interest – because of a shortage of skilled workers – and out of a sense of social responsibility. Opening doors to new worlds for young people is an investment in the future as our cooperation project with the Gewandhausorchester has already shown. There are a lot of young, talented people sitting here who want to complete an apprenticeship or go on to college, and in this regard Deutsche Post DHL Group presents itself as an attractive employer that makes this possible.“ 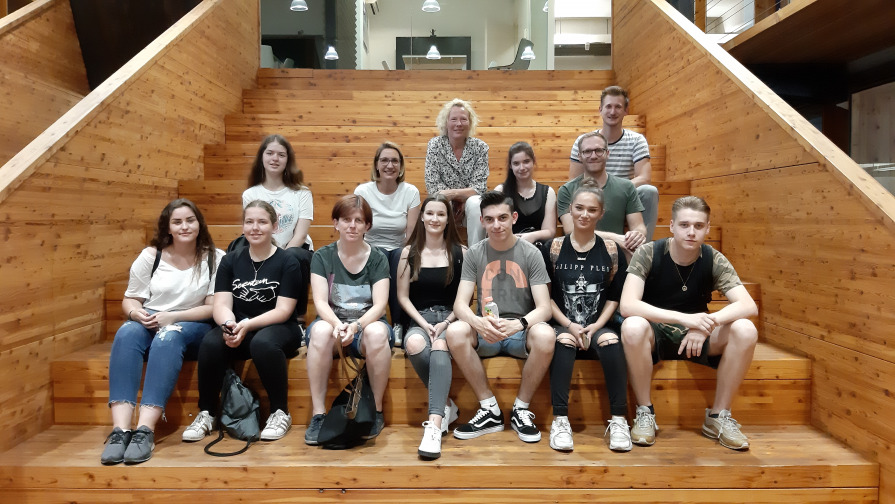