On Wednesday, October 30, 2019 DHL presented ‘Conducting a Digital World’ – a podium discussion featuring experts addressing the role of modern technology in classical music. The panel was hosted at Boston’s New England Conservatory of Music (NEC), the oldest independent conservatory in the United States. Leading members of the international classical music and logistics communities spoke in detail on how innovative technologies promote the democratization of classical music while further expanding its borders, just as Beethoven did – who was considered a radical and visionary artist in his lifetime.

The panel members reminded the audience that, with his timeless music, Ludwig van Beethoven’s social, political and musical impact remains highly relevant to us today. He was a tireless innovator who explored new musical directions. The panel members examined the current trends in classical music and ventured proposals on how they see classical music evolving in the future, while reflecting on Beethoven’s innovative developments over 200 years ago.

Historically, classical music was primarily reserved for the political and social elite. Even today, it is not always easy for people to find access to the genre. The panelists addressed how innovative technologies can support a democratization of classical music and to push boundaries, just as Beethoven did in his time. 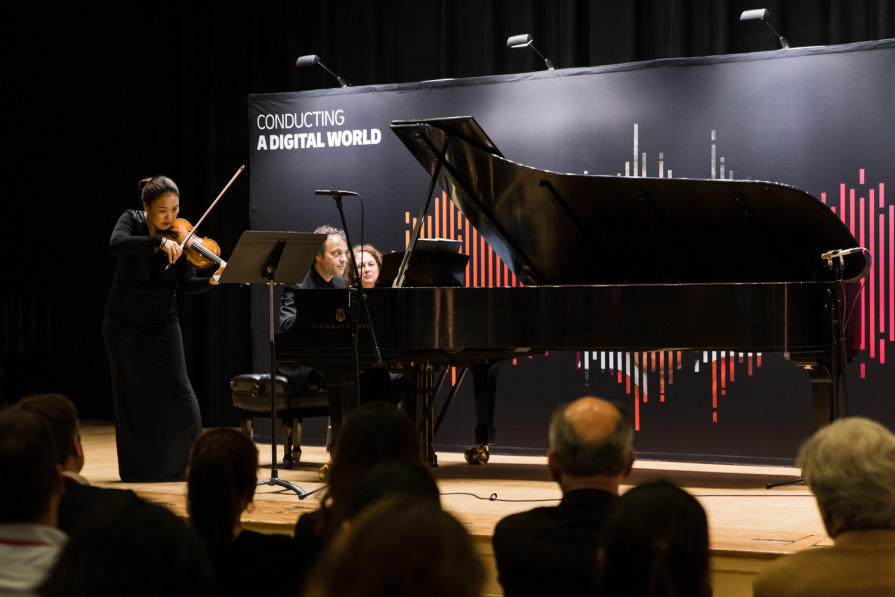 The evening opened with a special musical interlude performed by Associate Concertmaster from Leipzig’s world-famous Gewandhausorchester, Yun-Jin Cho, with renowned pianist Jonathan Brass. The German orchestra was in Boston through November 2 for “Leipzig Week”, celebrating its unique confederation with the Boston Symphony Orchestra.

Following that introduction, the podium discussion commenced, hosted by DHL and its partners the Beethoven-Haus Bonn, the Gewandhausorchester Leipzig in alliance with the Boston Symphony Orchestra and IDAGIO, the leading classical music audio streaming-service. The event was held in conjunction with the ‘BTHVN on Tour’ exhibition on display in the Massachusetts’ capital. To commemorate Beethoven’s 250th birthday next year, the exhibition had traveled across the US before arriving at the New England Conservatory (NEC) in Boston for a final presentation. For more information about ‘BTHVN on Tour’, please click here.

The podium discussion was moderated by Nicholas Kitchen from the NEC violin faculty and founding member of the distinguished Borromeo String Quartet.

Representing the host, Deutsche Post DHL Group, Monika Schaller, Head of Corporate Communications, Sustainability and Brand Responsibility, explained why DPDHL Group identifies so closely with Beethoven. Not only do the two share a common home in Bonn, Germany, the international logistics giant sees itself – like Beethoven – as an innovator in its field, continuously exploring new ideas, while remaining aware of history and traditions. 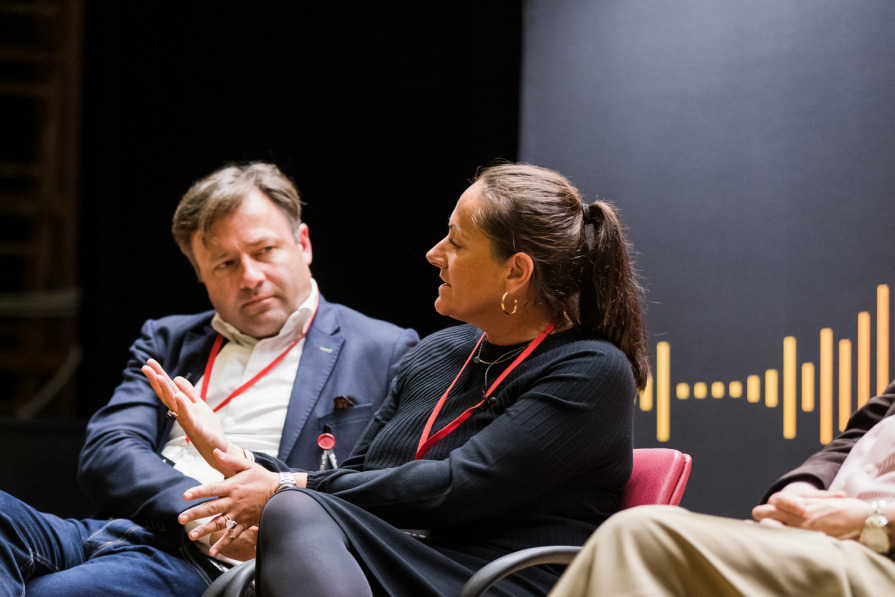 And by the way: In 1490, the company’s original founders revolutionized communications by introducing the world’s first postal system. So back in Beethoven’s day, it was the origins of today's German postal service that delivered his letters.

Also on hand in Boston was Malte Boecker, Director of the Beethoven-Haus Bonn and responsible for the overall coordination and marketing of Beethoven’s anniversary in 2020. He underscored the composer’s ongoing relevance today as one of the pioneers of modernity, not only in the arts but in the development of liberal democratic ideals, which is continuing into of the 21st century, as well. Beethoven-Haus Bonn is working closely with Google to make its exhibits virtually accessible – but for Boecker, “You “cannot digitalize the experience of classical music. It does not substitute the authentic experience, but generates curiosity to find out more.”

Ensuring a musical point-of-view, Professor Andreas Schulz, General Director of the Gewandhaus in Leipzig  and Mark Volpe, President & CEO of the Boston Symphony Orchestra addressed the topic of how the increasing accessibility of classical music has affected their orchestras. Since their houses “share” Andris Nelsons as their joint Musical Director in a unique alliance, they naturally also explained the importance of having a chief conductor who brings a fresh outlook and commitment to creating orchestral intercommunication. “Bringing emotions to people through classical music, orchestras need to constantly move forward and be revolutionary,” Schulz said.

But, such communication requires a medium, which is supplied in a state-of-the-art manner by IDAGIO, the online streaming service for classical music. The company’s Communications Director, Birgit Gehring, delved into the integral role the digital platform plays in making the musical genre more accessible to today’s classical music “consumers”. Looking to the future, she also stressed the importance of encouraging artists to envisage how listening to music will change and why they should view digital platforms as opportunities to connect with a new generation of audiences across the globe. “Transforming your phone into a classical music collection, does something to the genre of classic music, that is evolving every day,” Gehring said and added that she is quite confident, that Beethoven would have loved what IDAGIO does in the digital world.

Democratization across all boundaries

The well-attended event ended with closing remarks from Malte Boecker. He was asked how Beethoven – the musical genius and driving force behind the radical changes classical music underwent in the 19th century – would have dealt with the technological advances and opportunities available today.

“I’m certain that Beethoven would welcome the chances we now have to democratize classical music,” said Boecker. “He opposed tyranny in every form and although, as a musician of his time, he relied on the support of wealthy and politically powerful patrons, his works were not meant to be heard only by elite society. Beethoven himself was inspired by liberal ideals of freedom that surpassed all social, political and artistic limitations and borders.”

BTHVN on Tour: When is Beethoven’s piano not his piano?