When the ‘BTHVN on Tour’ exhibition travelled from Los Angeles to its second stop in New York City in early June it included a new and undisputed highlight: An exact replica of Ludwig van Beethoven’s piano, originally manufactured by Thomas Broadwood in London in 1817. The unique instrument was prominently displayed in Manhattan’s Steinway Hall in honor of Beethoven’s upcoming 250th birthday celebrations in 2020.

But, the facsimile 19th century British-manufactured Broadwood instrument shown in the US was never played by Beethoven. It is, in fact, a 1:1 clone of the German composer’s pianoforte, reconstructed by the respected Belgian piano and harpsichord restorer Chris Maene in 2013.

Magnificent music on a remarkable replica

This precision hand-crafted piano was featured in a one-time-only musical interlude at Steinway Hall. In addition to hosting the ‘BTHVN on Tour’ exhibit, the Chelsea Music Festival presented an exclusive performance by US pianist Robert Fleitz as part of the exhibition’s official opening ceremony. He played works by Clara Schumann, another classical music legend who – like Beethoven – lived in Bonn.

“We congratulate Beethoven-Haus Bonn and DHL for creating this world-touring exhibit,” said Melinda Lee Masur and Ken-David Masur (below), Artistic Directors of the Chelsea Music Festival. “It is spreading excitement about Beethoven as we approach his 250th anniversary in 2020 when we at the Chelsea Music Festival will also be exploring his legacy through the performing, visual and culinary arts." 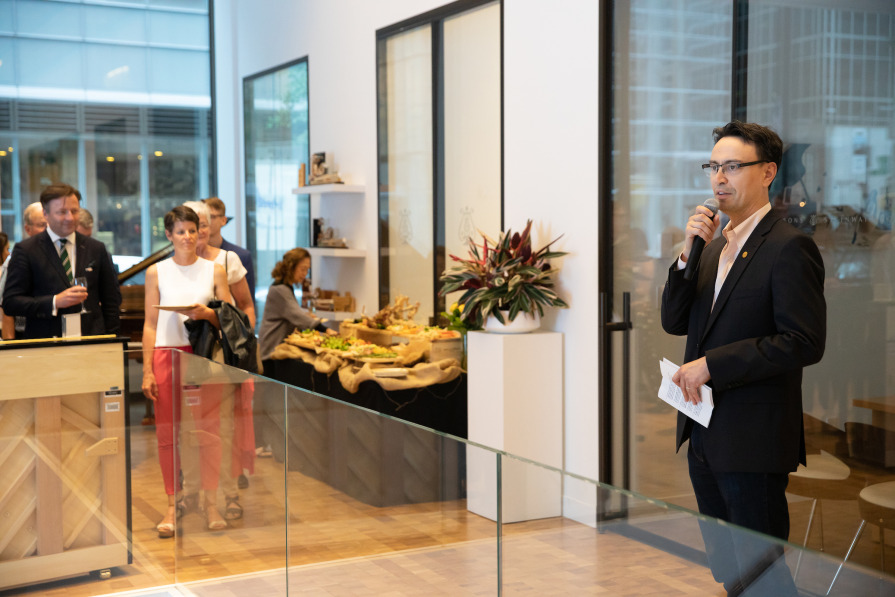 Antique too fragile to be transported

After his death, Beethoven’s original 1817 Broadwood piano – which is the model for the Maene facsimile transported from Europe to New York – was presented as a gift to the renowned pianist and composer Franz Lizst. He, in turn, bequeathed it to the Hungarian National Museum in Budapest, where it remains today.

The modern reproduction of that Broadwood pianoforte was sent to New York as part of ‘BTHVN on Tour’ because the composer’s original ‘Graf’ piano – a more than two-century-old historic relic – has become too fragile to be transported. Experts determined that shipping conditions – especially in environments where temperature and humidity fluctuations cannot be adequately controlled – could result in irreparable damage. 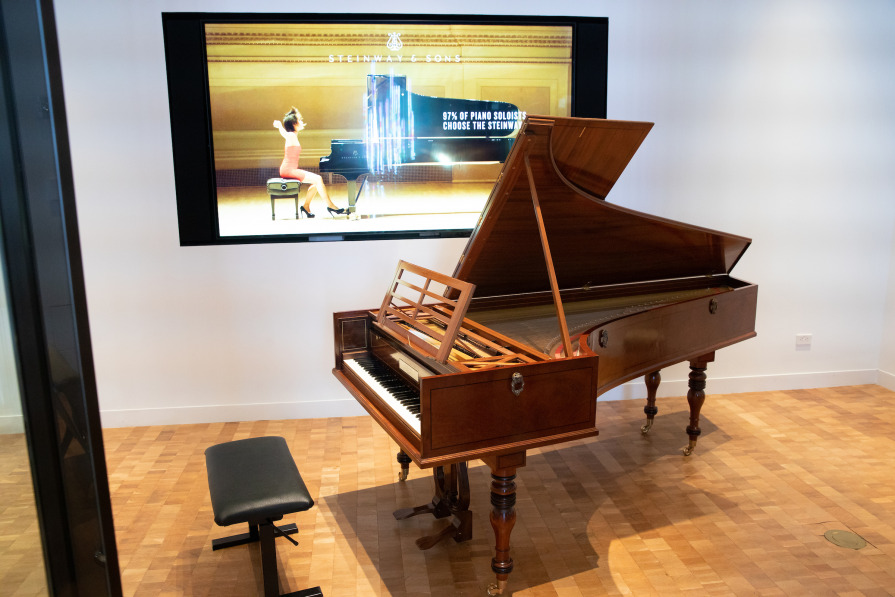 Regardless of a musical instrument’s age or purpose, the Convention on International Trade – known as the Washington Agreement – strictly regulates the import or export of any items manufactured from endangered animal and plant species. This includes – among other restrictions – the shipping of pianos with keyboards fitted with genuine ivory keys or built of wood from endangered trees. Since the “Maene” Broadwood is an exact replica from an earlier – and less environmentally responsible – age, US Customs officials could have raised questions and caused clearance delays.

In situations like this, the knowledge and experience of the specialists from DHL Trade Fair & Exhibitions (TFE) is invaluable. Thanks to the careful preparatory work of his TFE colleague Benedikt Noormann, DHL’s Transportation Manager for ‘BTHVN on Tour’, Hans Gregor Klammer, says that he encountered no difficulties or delays when the piano replica arrived for its Customs inspection at New York’s Kennedy Airport.

Coincidentally, the original piano’s initial transport from London to Vienna also faced unexpected difficulties, although those were primarily financial in nature. Dr. Julia Ronge, Curator of Beethoven-Haus in Bonn, explains that the instrument’s manufacturer presented Europe’s most acclaimed master composer with the piano as a gift, including a mounted plaque stating "Hoc Instrumentum est Thomae Broadwood (Londrini) donum propter ingenium illustrissime Beethoven." (This instrument is a proper gift from Thomas Broadwood of London to the great Beethoven.)

However, Broadwood was unaware of extremely high import duties and customs fees that Austria applied to such luxury items manufactured abroad. It was only thanks to the personal intervention of the emperor – Kaiser Franz II – that Beethoven was ultimately able to accept delivery of the English-made musical instrument – duty free – in 1818, over a year after it began its sea journey from London to Vienna via Trieste.