Commemorating Beethoven’s 250th birthday next year, ‘BTHVN on Tour’ is a DHL-’delivered’ exhibition of musical instruments, restored historical artifacts and personal items from the great composer’s lifetime. The hugely successful travelling exposition was kicked-off in Leipzig, Germany and presented to audiences in four cities across the US between March and November.

A final joint concert by Leipzig’s Gewandhausorchester and Boston Symphony Orchestra on November 2,  marks both the conclusion and the high point of almost a year of unique celebrations and activities centered on ‘BTHVN on Tour’ with ‘Leipzig Week’ in Boston, including a very unique performance of Beethoven’s “Ode to Joy”. In particular three premier classical music performing legends - Leipzig’s Gewandhausorchester (GHO), the Boston Symphony Orchestra (BSO) and the New England Conservatory (NEC) - joined together in a highly noteworthy flash mob at Boston’s Prudential Center shopping mall at noon on October 29.

One by one, professional musicians, supported by music students from NEC, appeared at the Center Court for a surprise performance of closing choral work “Ode to Joy” from Beethoven’s Ninth Symphony, possibly one of the most recognized classical compositions in the world. Unsuspecting mall shoppers were treated to what was certainly a most memorable experience.

The uplifting and energetic flash mob performance was conducted by Anna Rakitina, the BSO’s newest assistant conductor, beginning in the 2019-2020 season.

On his inauguration as Gewandhauskapellmeister in February 2018, Andris Nelsons – already Music Director of the Boston Symphony Orchestra – undertook the creation of a quite unprecedented musical alliance between the two orchestras. The flash mob during “Leipzig Week” in Boston is one of the joint initiatives and an unprecedented event in the world of orchestral music.

‘BTHVN on Tour’ wraps up its multi-city success story

There, ‘BTHVN on Tour’ capped its program with a series of events, including joint concert performances by the two world-class orchestras GHO and BSO. The Boston ‘BTHVN on Tour’ exhibition was hosted at the New England Conservatory (NEC), the oldest music college in the United States.

Additionally, in a podium discussion on October 30 at the NEC, a panel of experts considered the role that technology plays in the world of classical music. ‘Conducting a Digital World’ featured leading figures from DHL, Beethoven-Haus Bonn, Gewandhausorchester, Boston Symphony and IDAGIO exploring how innovative technologies are pushing the boundaries of classical music today, just as Beethoven did in his time. As a special highlight, selected musicians from the Gewandhausorchester also performed at the event. Stay tuned for more on this to come.

Sealed with a “B”

‘BTHVN on Tour’ ends in Boston on November 2, where the exhibition presented music aficionados with a once-in-a-lifetime opportunity: those who brought their own instruments with them could follow directly in Beethoven’s footsteps and impress an identifying wax seal on them in exactly the same manner as the master composer did with his viola during his career as a performing musician.

Alternatively, guests without a musical instrument on hand could have the seal applied to other personal items such as smartphone cases, books, etc. While the sealing wax hardened, visitors had time to take a closer look at the exhibits on display and explore the world of Beethoven at their leisure.

At the same time, during the last week in October Boston was also the location for the closing celebrations of “Germany Year” in the USA – under the motto Wunderbar together – featuring a high-level visit by the initiative’s patron, German President Frank-Walter Steinmeier. The statesman arrived from Berlin to attend a special joint concert performance by DHL’s partner Gewandhausorchester and the Boston Symphony Orchestra – the highlight of “Leipzig Week” in Boston with a number of activities celebrating the unique alliance between the both orchestras. 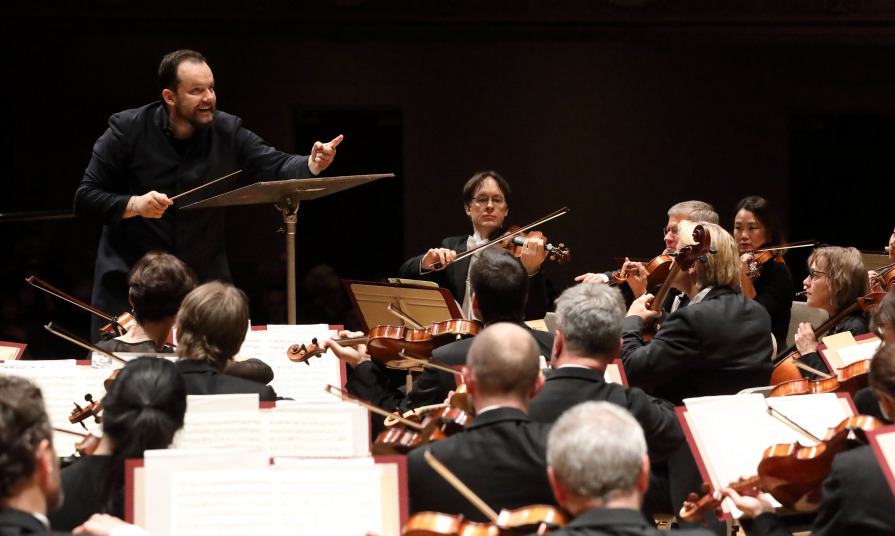 Both philharmonics share the same renowned Music Director, acclaimed Latvian-born conductor Andris Nelsons and the Gewandhausorchester’s concerts in Boston commemorate the 30th anniversary of Germany’s Peaceful Revolution that ultimately led to the reunification of the previously divided country.

BTHVN on Tour: When is Beethoven’s piano not his piano?