With DHL to the legendary 24 Hours of Le Mans – a dream come true for Will from Great Britain. Will emerged victorious in the #MyEnduranceMoment competition, which invited fans to share their personal endurance moment.

The prize – a trip to the world’s most famous endurance race which was also the final round of the 2018/19 FIA WEC Super Season. DHL is the global logistics partner of the FIA WEC and has supported WEC very successfully with logistics services since 2012.

Will’s personal endurance story impressed both fellow followers as well as the DHL jury. He completed the 2009 London Marathon in full kart gear! Wearing helmet and race suit, Will ran the marathon in the British capital to raise money for a children’s charity.

By dressing up as he did, he wanted to attract the public’s attention in order to raise more money from the marathon. He managed to go the distance and collect a tidy sum for charity despite the arduous conditions.

Will won the #MyEnduranceMoment competition with his magnificent achievement and then got the chance to experience the 24 Hours of Le Mans close up for the first time with DHL. He and his friend Adam had an amazing weekend and laid down many unforgettable memories – real moments that delivered.

Will’s Le Mans experience began on the Friday before Race Day with a visit to the famous Drivers’ Parade in downtown Le Mans. Immediately afterwards, he and Adam visited the racetrack to see the 62 impressive racing cars close-up during their Grid Walk.

On Saturday just before race start, the two winners, Will and Adam, were treated to another experience that millions of motorsport fans around the world can only dream of when they were invited to inspect the grid. 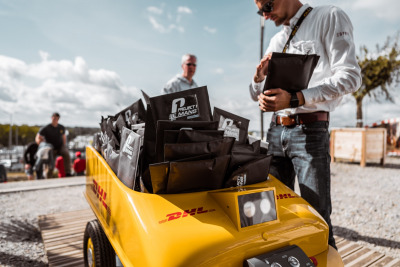 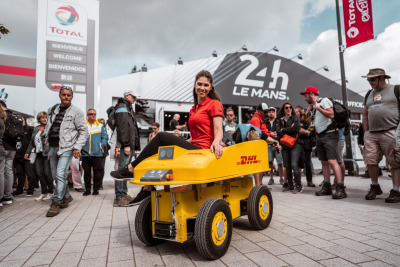 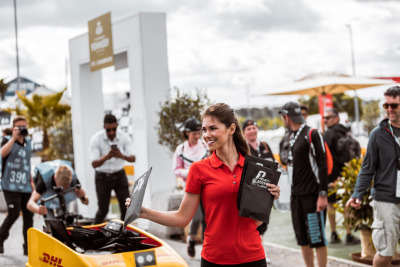 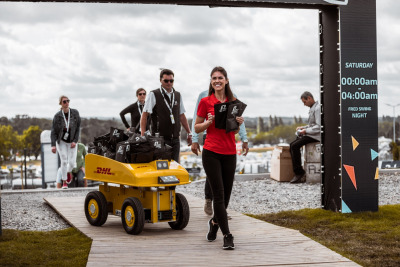 And so, they got up real close to the racing drivers – fan selfie included – and were able to experience for themselves the high tension that prevailed just before the start of the 87th edition of the endurance classic. A behind-the-scenes tour later on left Will and Adam with more memories that they will most certainly never forget.

I would really like to thank DHL for making this fantastic experience possible.

The two of themalso met EffiBOT while visiting the Fan Village. DHL’s fully collaborative robot was busy working the crowds, distributing thousands of goodie bags to some of the 252,000 spectators at the race. The bags were provided by Team Project 1, who celebrated a win in class in the 24 Hours of Le Mans.

“I had a wonderful time at the 24 Hours of Le Mans,” said Will. “The atmosphere at the race was unique, and I would really like to thank DHL for making this fantastic experience possible.”