The 24 Hours of Le Mans has been contested since 1923, during which time the world of the automobile has undergone major changes. Technologies that we now take for granted were regarded as revolutionary at the time they were introduced. InMotion.DHL takes a look back through the pages of the history books and picks out the developments that have had the greatest impact on the classic endurance race hosted by the Circuit de la Sarthe.

1927: The arrival of front-wheel drive

In the early years of the 24 Hours of Le Mans, vehicle design and construction was heading off in a new direction. Although the engines were mounted at the front, propulsion was via the rear axle. Things began to change in the 1927 race. Financed by the industrialist Maurice Fenaille, Jean-Albert Gregoire developed the first front-wheel drive. The car was called Tracta. On its debut, Gregoire and co-driver Lucien Lemesle not only took the checkered flag but even finished seventh. However, the deficit on the winning Bentley was a colossal 40 laps. Gregoire was also six laps adrift of the sixth-placed car.

For as long as there had been motor racing, the engine had always been mounted at the front of the car. The legendary Enzo Ferrari explained it in terms of a metaphor: “Horses pull the plow, they do not push it.” When racing recommenced in 1949, four years after the end of World War II, the first car with a rear-mounted engine made its debut. Appropriately for the venue, it was a French manufacturer that broke the mold. The privateer Camile Hardy competed in a Renault 4CV, although Renault themselves classed the car as non-raceworthy. At least as far as reliability is concerned, the experts were right: after no more than 21 laps, the car had to be taken out of the race with engine problems.

An interesting snippet about Ferrari: although company founder Enzo Ferrari was not a fan of the rear-mounted engine, the Italians were soon building such cars themselves. And it was Ferrari of all constructors who registered the first victory for a rear-engine car in 1963. 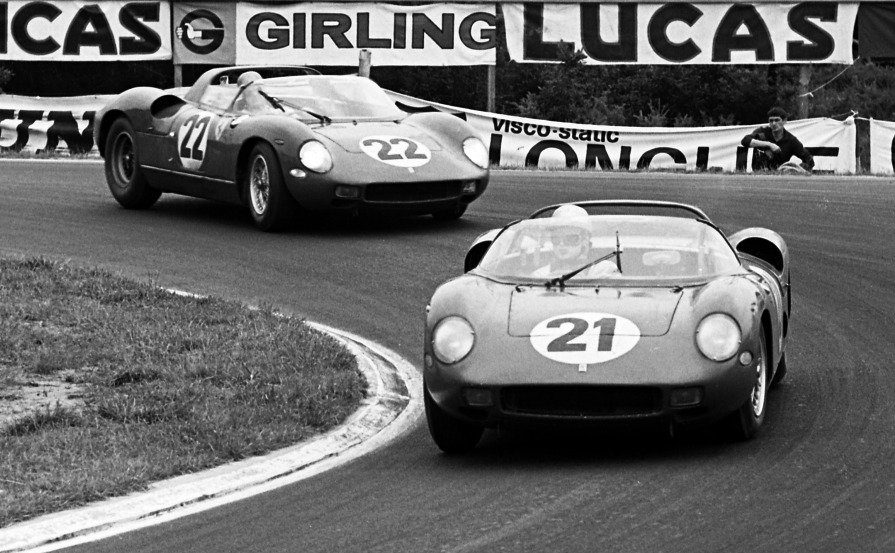 1967: Slicks and rear wings arrive on the scene

In 1967, there were two innovations at Le Mans. The first concerned the tires. Michelin brought along a newly developed tire that had a smooth surface without profile – the first slick. The number 46 Alpine competing in the P 1.6 class demonstrated just how effective the new design was by posting the first ever lap in a time of under four minutes.

The second revolution, which is today regarded as standard on any racing car, was the addition of the rear wing. Until then, there had been no wing structures for the generation of downforce. Chaparral showed themselves to be pioneers in this department, attaching a very strange-looking wing to their two cars. In addition, the Americans developed a pedal system with which the angle of the wing could be made steeper or flatter to suit different parts of the track. It was the birth of the active rear wing. 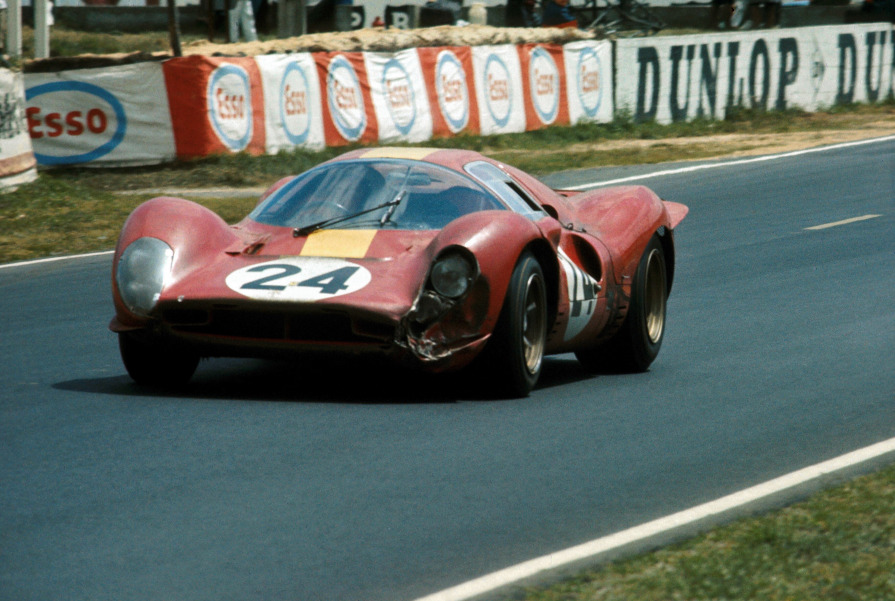 The wheels of time keep turning, and this certainly applies to the development of the car engine. Naturally aspirated engines had always been considered the ultimate in automotive sport. In 1963, BRM unveiled the first gas turbine engine at Le Mans. It attracted a lot of attention, even though it was not actually competing in the race itself. It was a concept, however, that failed to take hold. The revolution that changed the world of engines in the long term came in 1974.

Porsche was the first manufacturer to use a turbo engine which, as the name suggests, boosted power by means of turbocharging. That year, the Porsche entered by Martini Racing finished second. The first turbo victory at Le Mans went to Jacky Ickx and Gijs van Lennep in 1976. Since then, there has been an ongoing battle between aspirated and turbo, which continues to this day. Toyota switched from the V8 aspirated engine to a six-cylinder turbo as late as 2016. 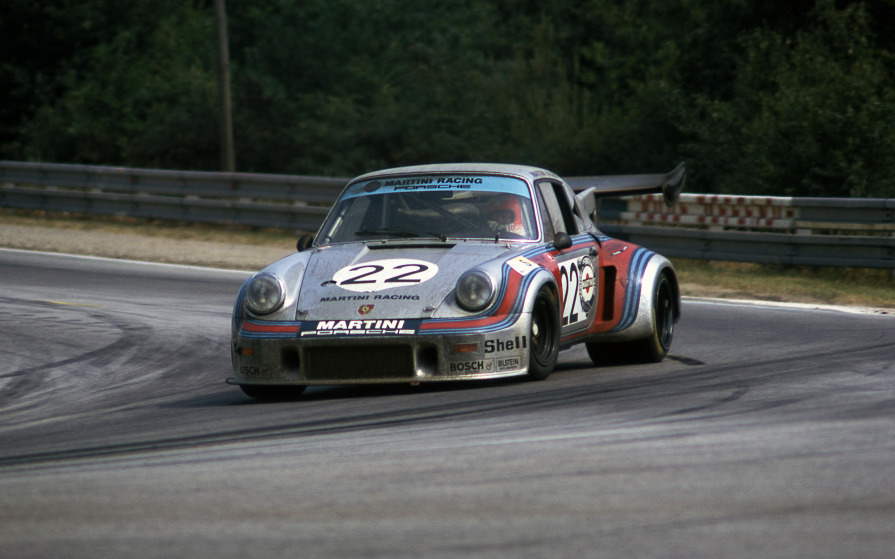 Hybrid engines are the hallmark of modern racing, and that includes both Formula 1 and the WEC. When the World Sports Car Championship was revived in 2012, the manufacturers undertook to enter with hybrid vehicles. However, the first contestant to race with a hybrid petrol/electric engine was America’s Don Panoz back in 1998. He combined a six-liter Ford with an electric motor, the batteries of which were charged by energy recovered from the brakes. But the time was not yet ripe – Panoz did not qualify for the race. In 2012, Audi celebrated the first win for a hybrid car at Le Mans. 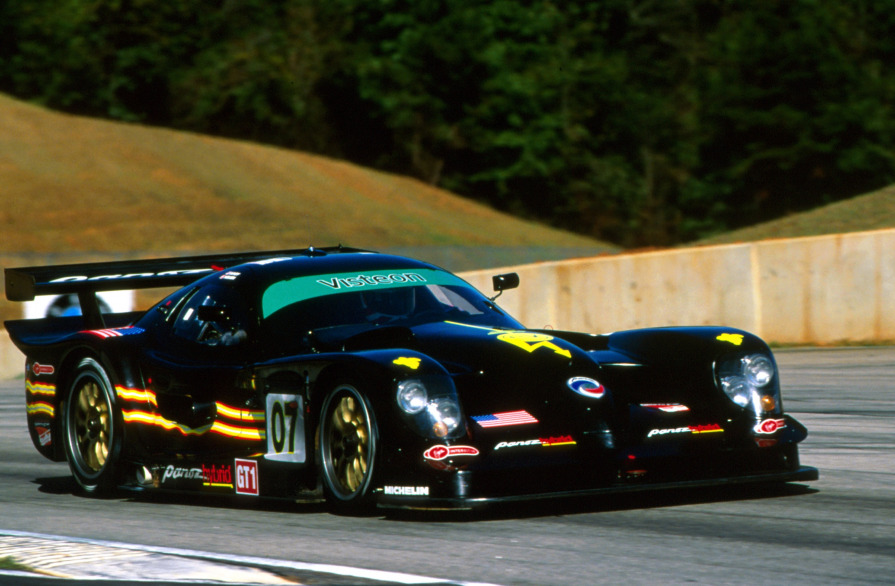 Diesel technology has existed since the 19th century, but the self-ignition principle proved to be unsuitable for motor racing. Over the years, however, steady progress has been made in this area. The first outing for a diesel vehicle came in 1949, but the car driven by Delettrez was forced to retire early on. In 2006, Audi used a diesel engine at the Circuit de la Sarthe for the first time – and promptly won the general classification. Since then, the Ingolstadt-based manufacturer has kept faith with diesel technology for its involvement in endurance racing. 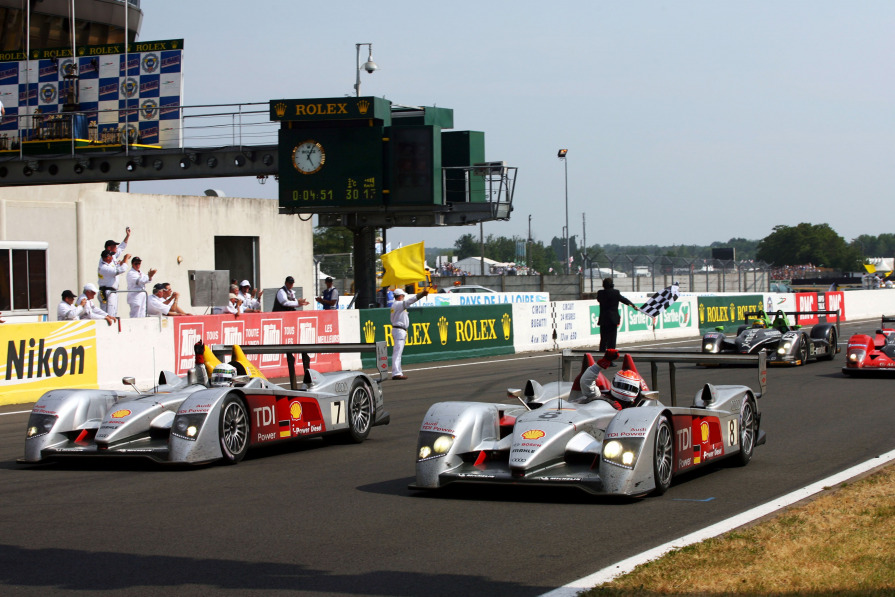