WATCH: The RUGBY. DELIVERED. tour crossed the globe in February, inspiring rugby fans from Columbia to Philippines to share the sport and its values with their communities.

Rugby is a culture that transcends borders. It inspires people from all walks of life in so many ways. It teaches values, resilience and responsibility, empowers youth, brings people together, and so much more.

In February, the DHL RUGBY. DELIVERED. tour not only continued its globetrotting journey, it also continued to show us what an inspiration the sport of rugby can be around the world. Here are some stories from three stops along the way. 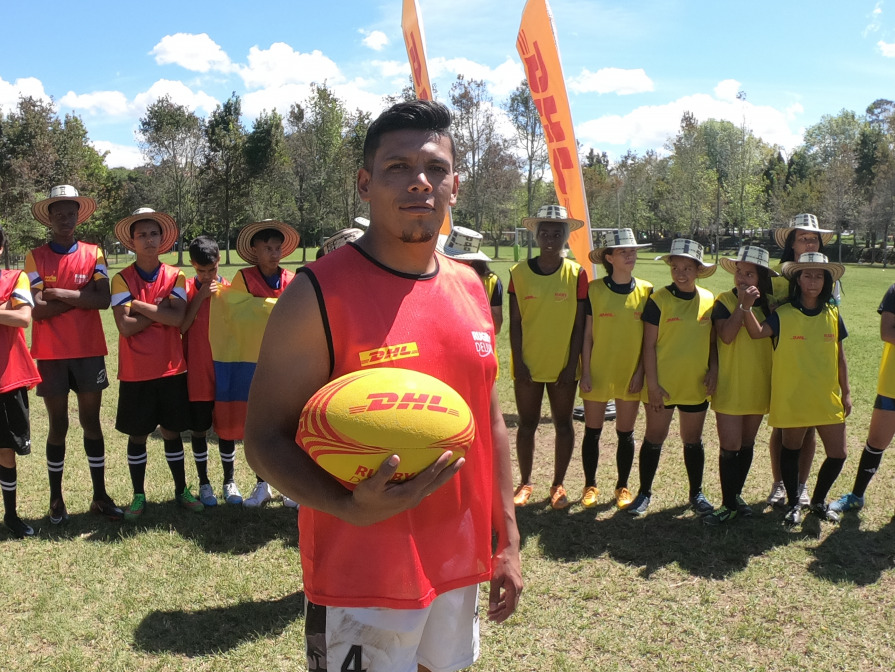 If this tour has taught us nothing else, it has been that rugby values are universal. At every stop in every country, we hear the words “values”, “community”, and “family”. That was no different in the picturesque city of Popayán in western Columbia.

“Rugby in our community means social development and inclusion,” says Luis, our RUGBY. DELIVERED. match host in Popayán, Columbia. “In our community, rugby is an alternative to ward off youth from violence and drugs.”

“In our community, rugby is an alternative to ward off youth from violence and drugs.”

Luis says that, in his community, rugby is a symbol of values, sacrifice, responsibility and social development. And you can really read all of this on the faces on the pitch – girls and boys, children and young adults – all for one and one for all.

“Everything was a success,” says Luis. “My team is happy and motivated by the beautiful tour kit. It is incredible everyone wanted to play. The moment DHL handed us the kit was incredible. Thank you very much, there are no words of thanks for everything we feel!”

Now that their match has been played, he’s crossing his fingers for the big prize – a trip to Rugby World Cup 2019TM.

“For us to be at the Rugby World Cup would be a dream come true!” 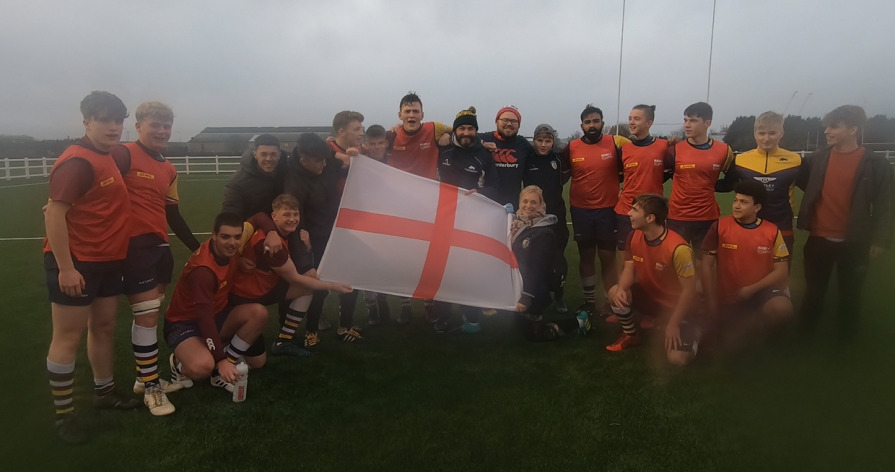 At the other end of the earth, Stu, who coaches the Oxford Harlequins Club U18s, brought his “family” together for what he describes as a “phenomenal opportunity.”

A former player who had to hang up his boots, Stu says that coaching was “a new way to get into it and still stay close to some of my best mates. We’re just one big family!"

“Get out there, find your local club, get playing or get coaching, anything you want!”

Stu organized a day of training that culminated in a competitive game.

“We have a very talented bunch of rugby players, and they really enjoyed their DHL RUGBY. DELIVERED. match,” he says.

Knowing that the video was going to be broadcast to the world, he had a message: “Get out there, find your local club, get playing or get coaching, anything you want.” From the British Isles, we cross the vast expanse of continental Europe and Asia to Davao City on the southern Philippine island of Mindanao. There our host Rose Mae, who works for SOS Children’s Village, shows us how rugby is being used to reach and empower girls.

“We really love rugby because of its culture that we share,” she says.

A partner of DHL, SOS Children's Villages is the largest independent, non-governmental, nonprofit international development organization. The organization provides humanitarian and developmental assistance to children in need and protects their interests and rights around the world.

In Davao City, they are using rugby to teach girls values and resilience – empowering them to take charge of their lives. Rugby is still relatively unknown in most parts of the country. It’s not stigmatized as a boy’s sport like soccer, so the girls are intrigued. And because you only need a ball and a patch of grass, it’s an extremely accessible sport.

“Five years ago, they didn’t know how to play rugby,” says Rose Mae. “Now they’re coaching and refereeing this game. Now we’ve empowered more and more youths. Rugby gave them fun! They’ve learned the values of the sport, but most of all they’ve learned to give back and help each other, even inspire other young girls, a new generation of rugby players here in Davao City.

“This day will definitely bring in more kids to want to join the club!”

Inspire your community!
Every stop on the DHL RUGBY. DELIVERED. tour has told an inspiring story – and the tour is far from over! Soon it will touch down in Turkey and Iran. Stay tuned for more highlights, right here on DHL InMotion.

You can be a part of it, too!
Join RUGBY. DELIVERED. and get your chance
to win a trip to Rugby World Cup 2019™!