WATCH the latest highlight reel and find out why July was likely the high point of the whole adventure.

For Ron Rutland and James Owens, the month of July is already miles behind them. And because our daring duo devoted so much time to ChildFund Pass It Back in Laos, we had trouble troubling them for a few minutes of it. Now that Laos – country 24! – is behind them as well, they finally found a moment to share some of month's highlights.

July itself was certainly a highlight. After all, Race to Rugby World Cup is all about raising money and awareness for ChildFund Pass It Back, the official charity of Rugby World Cup 2019™ and the tournament’s Official Logistics Partner DHL. And Laos is one of the countries where ChildFund is active and was James’ workplace until he rode off with Ron from London’s Twickenham Stadium in early February.

Watch the video below to relive their latest adventures and read on for a glimpse into their personal experiences.

Ron: No question for number 1. Meeting the ChildFund Pass It Back coaches for the first time in Laos – some of the most impressive humans I’ve ever had the pleasure of meeting. Seeing James so happy being back in Laos is definitely number 2. My third highlight would have to be having so many people ride with us from Luang Prabang to Phonsavan and Hanoi and the amazingness of that shared experience.

"Some of the most impressive humans I’ve ever had the pleasure of meeting."

James: Shan state in Eastern Myanmar made for a great adventure in July, with stunning scenery, a few big climbs and more friendly monasteries opening their doors and warmly welcoming us in for the night! 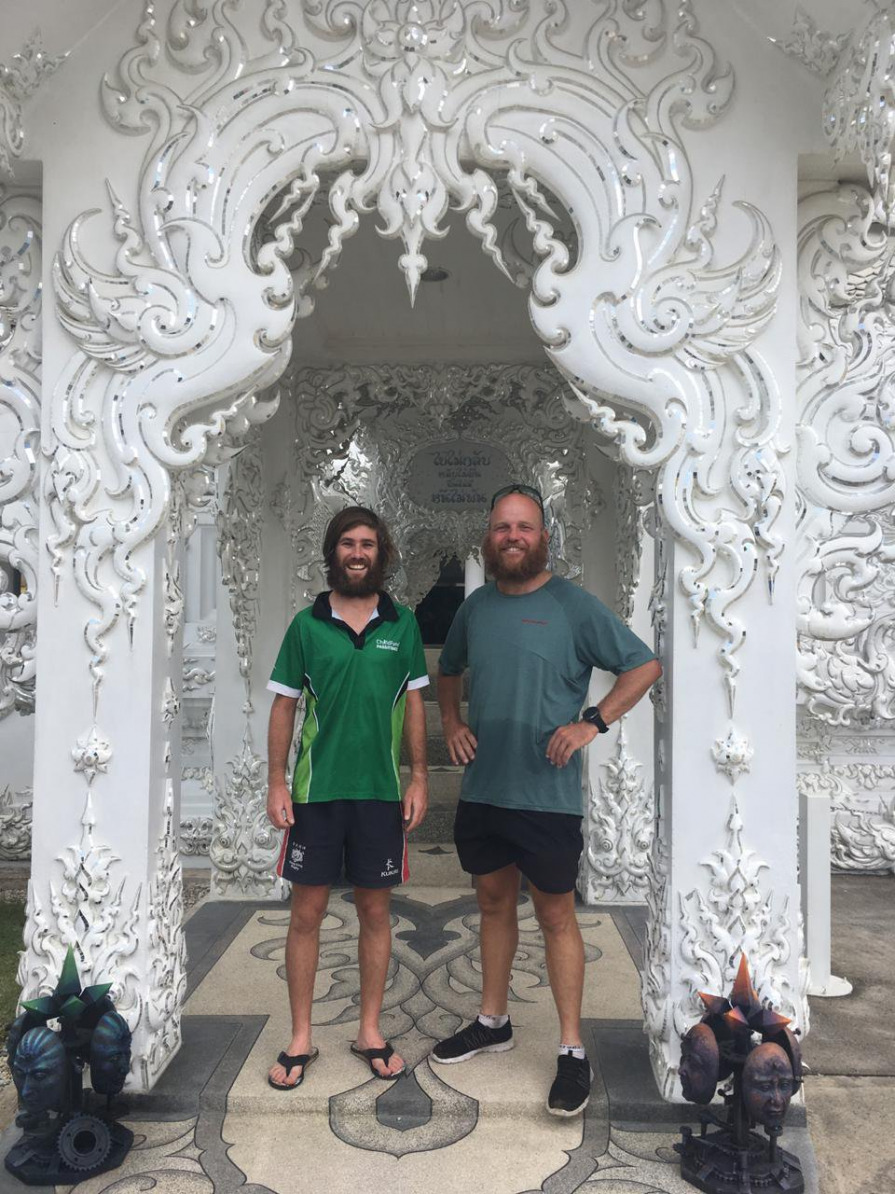 Days off are a precious commodity for Race to RWC so our week off in Chiang Rai, followed by a slow boat down the Mekong would be hard pushed not to make the highlight list! The perfect balance of a few action packed days of exploring and some relaxing time to rest up for the mountains looming large in August!

“It was an amazing feeling to return back to Laos…”

The standout highlight of July, and for me of the whole trip to date, was the ChildFund Pass It Back project visit. It was an amazing feeling to return back to Laos, my second home, and be joined on the bike by ChildFund Pass It Back Coaches, friends and colleagues. Having a chance to share the experience and visit the project with Ron and other family members and friends made the time extra special. 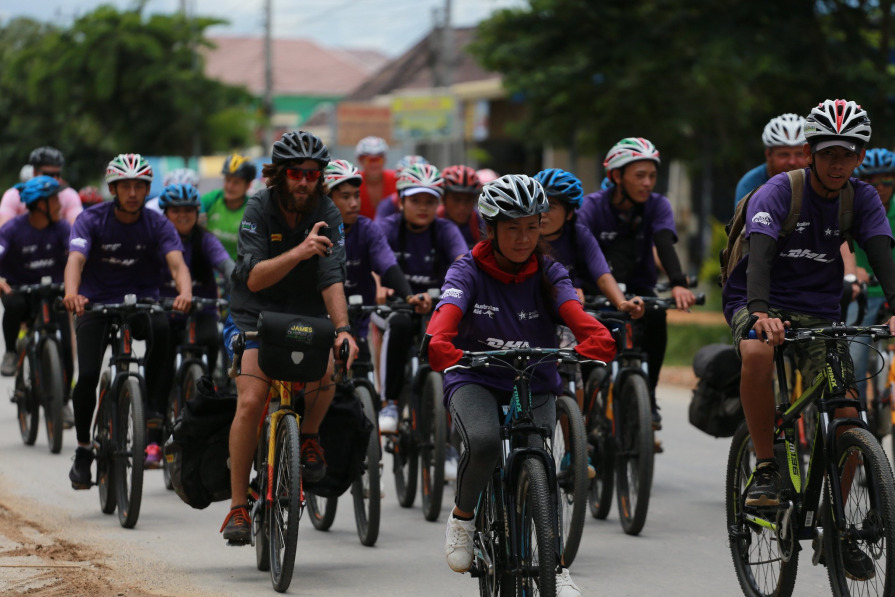 Ron: While Laos gave us our biggest highlights, it also presented our greatest challenge. Battling the floods was a real test. Then there was the hills and heat of Myanmar followed by local travel restrictions in parts of the country.

“Battling the floods was a real test.”

James: We had a couple of minor bureaucratic challenges in July, with permissions to travel through certain regions in Myanmar and Laos providing some administrative headaches but were incredibly grateful to have the amazing support of DHL and ChildFund to make sure the paperwork was in place! 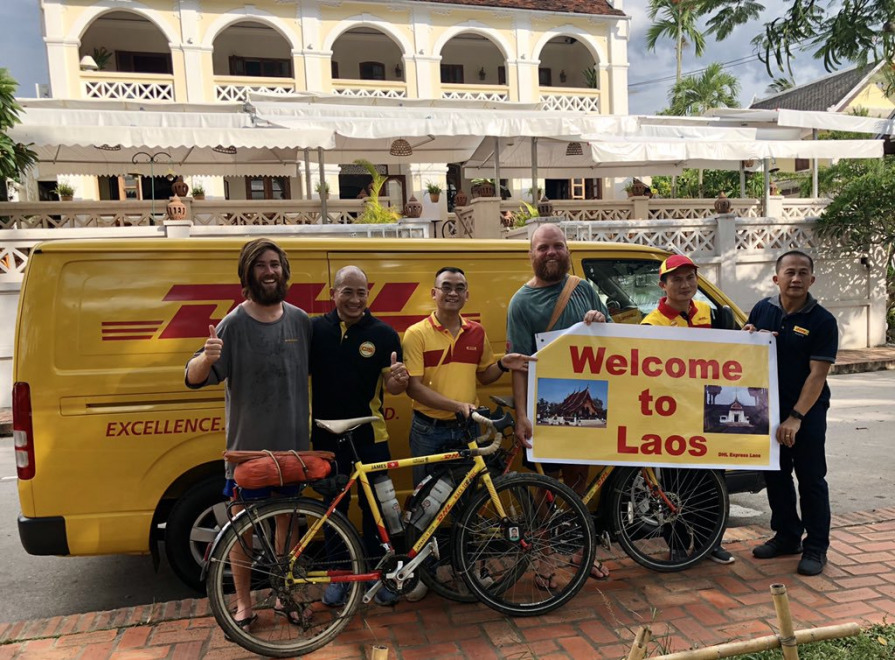 One thing Myanmar and Laos have in common is their love of big hills and sweaty, hot summers! Makes for some enjoyable but challenging riding.

“One thing Myanmar and Laos have in common is their love of big hills and sweaty, hot summers!”

Clearly sad to see us leaving, a typhoon hit Laos as we made our way towards Vietnam, bringing flooding and landslides with it and adding to the adventure! 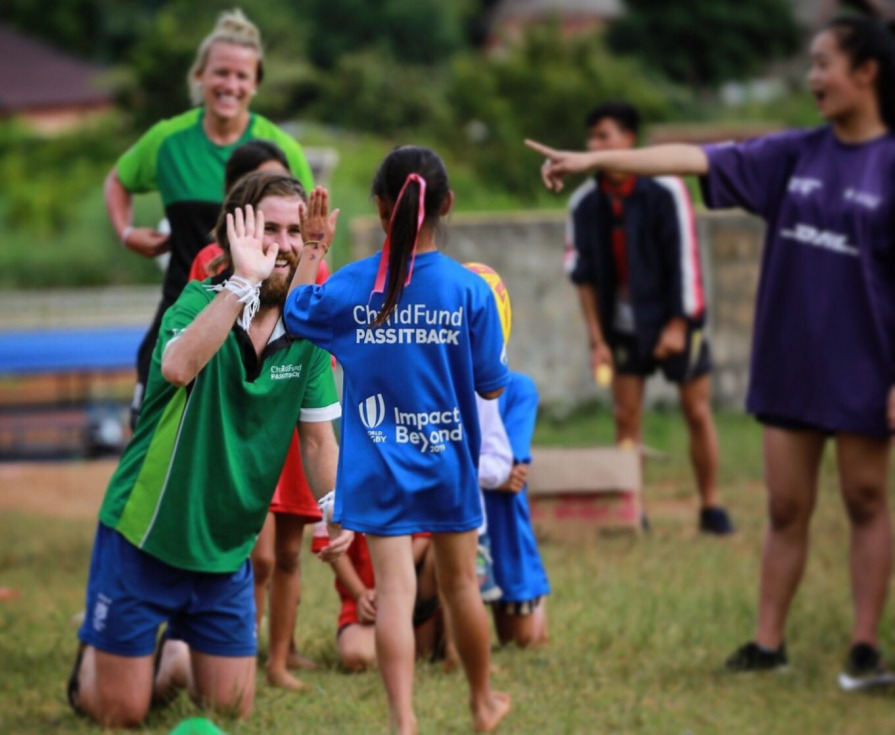 James: The teamwork and determination shown by the ChildFund Pass It Back Coaches in Laos to make sure every rider completed the 45-km bike ride from Nong Tang to Phonsavan despite many never having ridden geared bicycles before would have been surprising if I didn’t already know how incredibly tough they all are! 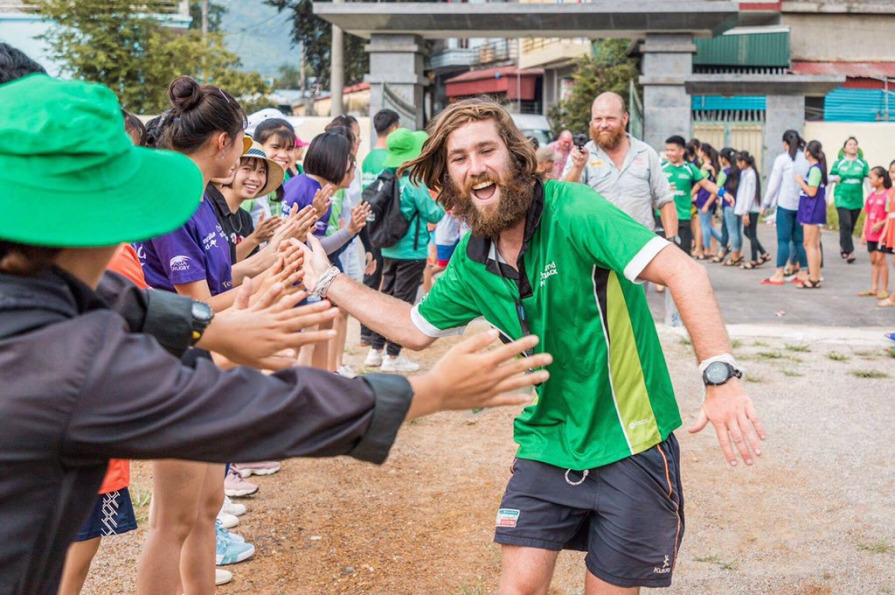 Funniest moment from the other person across the last month?

Ron: Watching James being run around by a 14 year old playing tag in Vietnam.

James: Ron being nicknamed ‘Happy Buddha’ by our guide on the slow boat down the river was a classic.

How many people are aware of rugby or the upcoming Rugby World Cup?

Ron: Definitely very mixed - we'll go a few weeks with no one really having any idea, and at other times we'll be surprised by just how many people are aware of the game of rugby, and specifically Rugby World Cup.

James: Rugby is a relatively unknown sport across many parts of Asia, one of its greatest strengths in terms of being able to grow the game equitably, as ChildFund Pass It Back are, so unsurprisingly the rugby ball creates some confusion! Safe to say there was no shortage of rugby fans we met in Laos who were excited and looking forward to the Rugby World Cup. 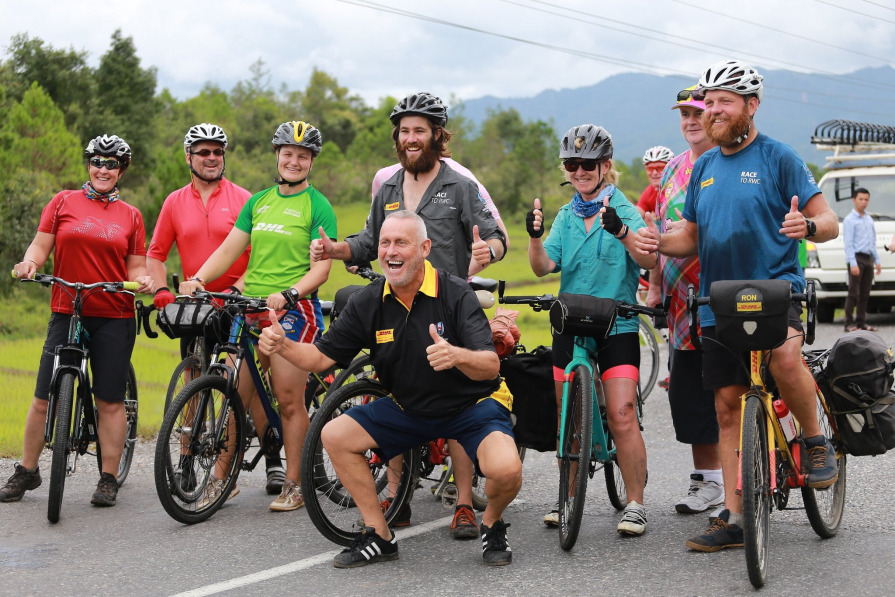 What's your go to snack when on the bike?

James: My snack of choice changes with the climate! From chocolate bars in winter, I’ve now shifted over to chewy sweets and crackers for the summer. Diet of champions! 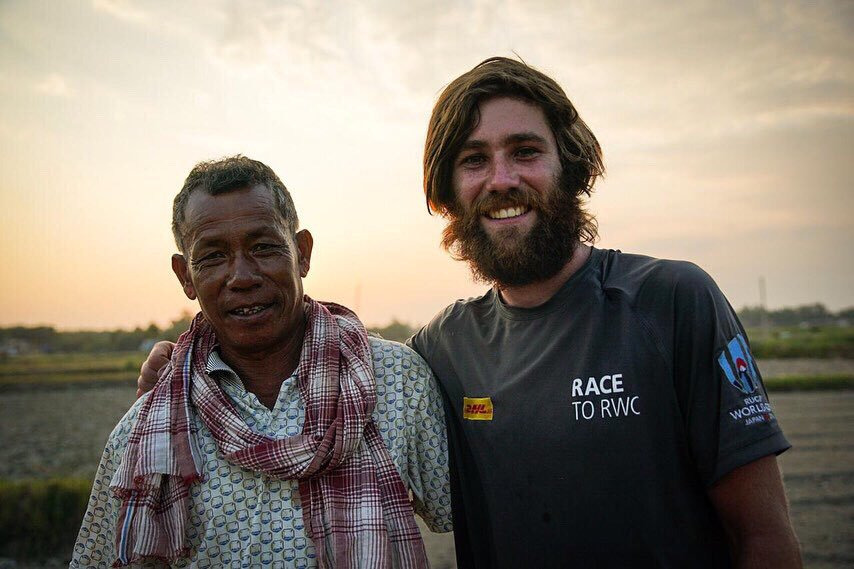 How often do you catch up with friends and family?

Ron: Thanks to modern connectivity, it's actually pretty easy...and although I try and be present and focus on the ride and people we meet en route, I do touch base with a group of core friends from time to time.

“I do touch base with a group of core friends from time to time."

James: Family and friends have been a huge part of this adventure for me and it’s been pretty cool to be able to share the trip with them and keep a few stories and photos flowing. The world is so incredibly connected now that I’ve been sending out message every few days and having a call with family to catch up on all of the excitement I’ve been missing out on every few weeks!

Now Ron and James have their sites set solely on Tokyo – and they’re currently racing to catch the Shanghai Ferry. They still have some 1,060 kilometers to pedal in 17 days to arrive at Rugby World Cup 2019™ in time to deliver the official referee whistle for the opening match.