WATCH the latest highlight reel and find out why Ron isn’t missing home and why James is feeling closer and closer to it.

Moms and monks, pain and gain, smiles and miles – you name it, they’ve experienced it. The month of June saw Ron Rutland and James Owens ride from the rocky highlands of Nepal to the tropical jungle of Myanmar. It’s yet another action-packed month on the Race to Rugby World Cup as our daring duo cycles from London to Tokyo to arrive at Rugby World Cup 2019™ in time to deliver the official referee whistle for the opening match.

It’s all about raising money and awareness for ChildFund Pass It Back, the official charity of Rugby World Cup 2019™ and the tournament’s Official Logistics Partner DHL – and, of course, to promote the game of rugby.

Watch the video below to relive their latest adventures and read on for a glimpse into their personal experiences.

James: I’m lucky to have an incredibly supportive family, who have supported and even encouraged my unconventional path through life so far! My parents joining Race to RWC as we reached Kathmandu was a huge highlight, getting to share the adventure with the people who made me value adventures! My old man even joined a five-day push from Kathmandu to the Indian border, along with DHL’s Fiona Taag who is now a familiar face on the roads!

"There is definitely a feeling of being close to home."

Another massive highlight was from June was just soaking in the whole Myanmar vibe! Camping in a jungle heaven and hanging out with monks in monasteries as they continued to put us up for the night. Having spent most of my life in South East Asia, there is definitely a feeling of being close to home. 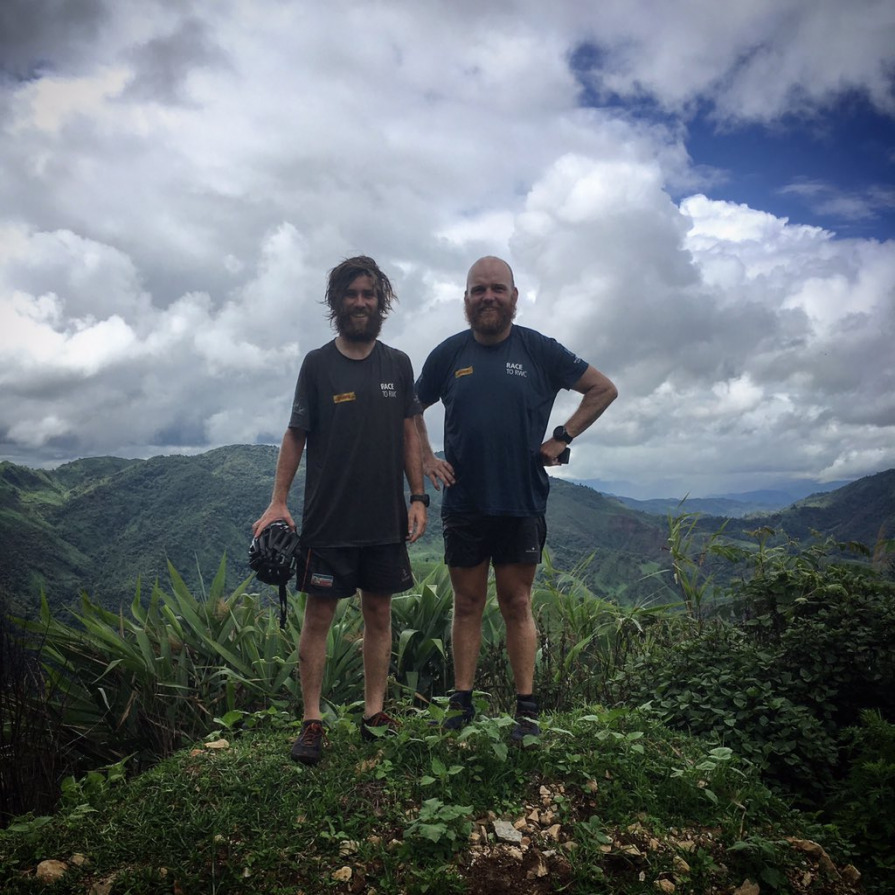 We topped off the month with a visit to a ChildFund-supported child friendly school, where it was great to see the school working hard to develop a strong learning environment centered on meaningful participation, with children actively engaged in a safe school life and motivated to learn. The positive energy of all of the ChildFund team, school staff and children will be pushing us on through July! 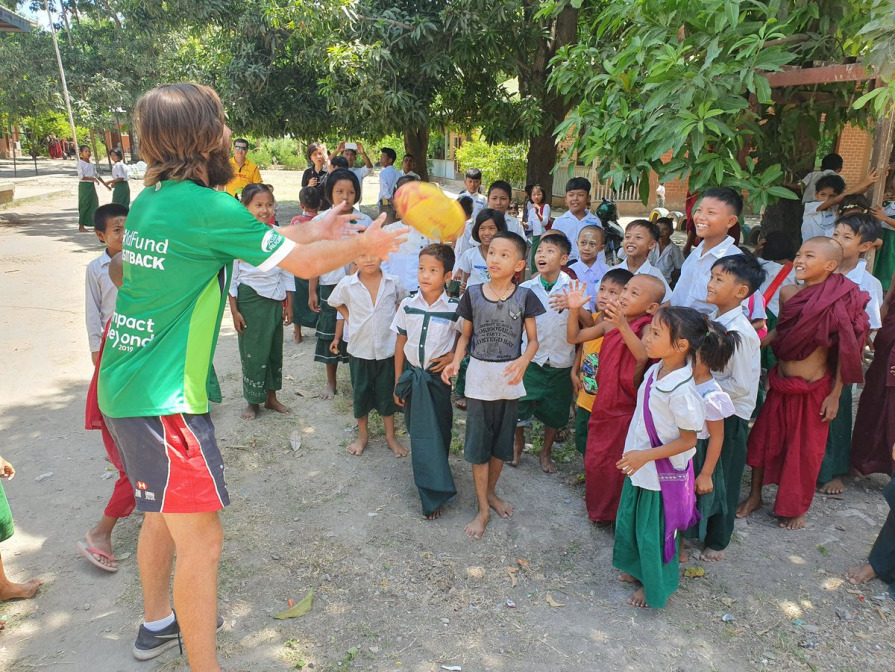 Reaching Kathmandu and the break there with head of DHL cycling team, Fiona Taag, and James’s original cycling coach Dave Owens, aka Dad, as well as Mrs. Owens – and the subsequent opportunity to share five days of riding with Fiona and Dave to the Indian border. Sharing some of the adventure with those people who have bought into it more than anyone was really special.

“…on so many levels, our best camping spot yet!”

The first night in Myanmar – in an old abandoned house in the middle of a paddy field, on so many levels, our best camping spot yet! Tied with our second night in Myanmar when we were taken in by some monks into their monastery, which was facilitated by the friendliest policeman on the planet – who we had a few beers of course!

Our first meal of Burmese Fermented Tea Salad – within in an hour of crossing into Myanmar, this was a dish I have dreamt of since we first confirmed Myanmar on our route – lived up to the best memories of my previous visit to Myanmar.

James: I used to think there was an unwritten rule about how steep roads would be made until I cycled in Myanmar...a few of the engineers clearly got a little bit impatient and decided they wanted their roads to climb mountains, and they wanted them to be at the top...now! My granny gear has been put to the test in June and is relishing the challenge. 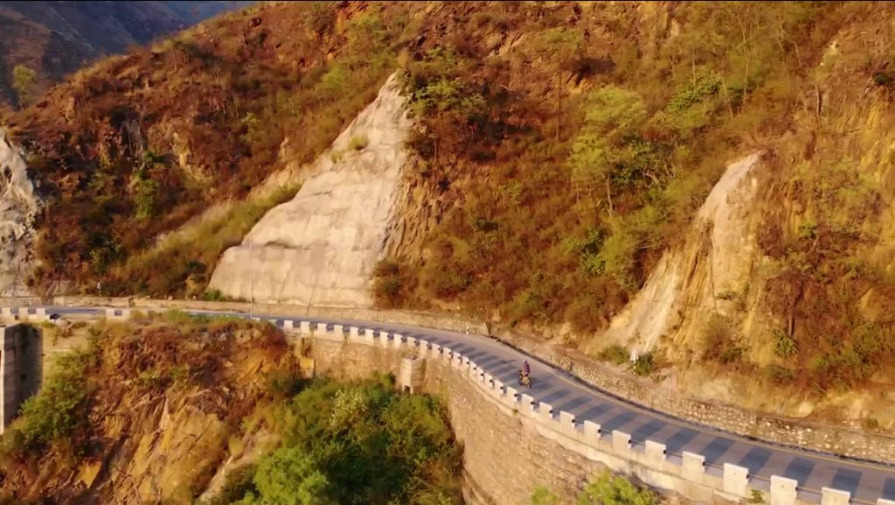 If punchy climbs aren’t your thing, try to combine them with 40 degree weather and extreme humidity and you have a recipe for a great day out! I started the ride struggling to get enough food down me, it’s very much a case of struggling to stay hydrated now...we’re also realizing that water weighs a lot more than food!!

“I can confirm that a Coca Cola breakfast, lunch and dinner is not the recipe for a strong showing on long, hot days out on the bike!”

Finally, this month was my turn to get sick on the bike! Riding through 3-4 days of water poisoning in India made for an eventful time! Fortunately, an over the phone diagnosis and quick trip to the pharmacy was able to speed up the recovery time and get rid of the nasty bug that was stopping me from stomaching any food for a few days. I can confirm that a Coca Cola breakfast, lunch and dinner is not the recipe for a strong showing on long, hot days out on the bike!

Ron: Again, the heat – I really have found it a massive struggle to operate at anything close to top performance in the draining South East Asian summer weather. Draining doesn't begin to describe it!

“Draining doesn't begin to describe it!”

Next would be bicycle issues, and more specifically the brakes. It’s been a real struggle to keep them working and/or finding someone to fix them. I’ve had a few scary moments down some big hills using my foot to help slow down!

Last but not least, keeping up with James – he really is winning the #RaceToRWC at the moment! 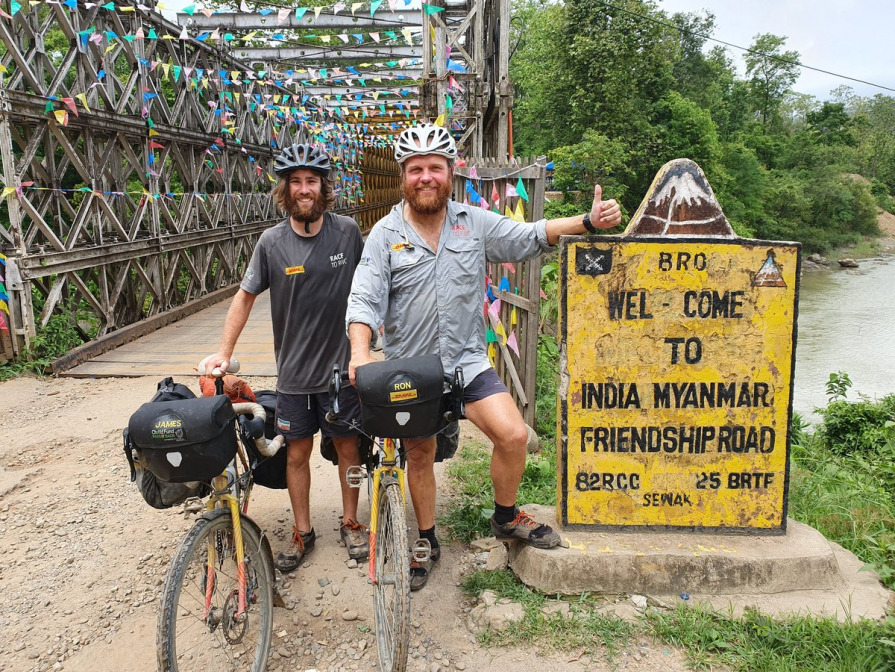 James: This has been a painful one to process and is the first bad surprise of the trip: our drone doesn’t float! The drone has become my baby over the trip and was Race to RWC’s favorite toy but some very poor decision making by me in extremely windy conditions led to it going for a long swim down the Irrawaddy River.

Ron: Might sound mundane, but I have been really shocked, in a good way, by the amount of English spoken by people in rural Myanmar, and in particular the kids.

Funniest moment from the other person across the last month?

James: ‘The Ronald’ had a few run-ins with wooden bridges across June and has some scrapes on his elbow to show for it. He has developed a fear for the loose planks of wood, keeping me entertained as I watch him gently navigate his way across each bridge as if it will give out at any time!

Have you picked up any bits of language?

James: The language center in my brain is clearly a little faulty and I even struggle with English...but that hasn’t stopped me from trying to pick up a bit of the local lingo! Making an effort to at least learn the basics is so key to engaging with people – it’s amazing how quickly people open up with just a few words before you jump into a sign language conversation! 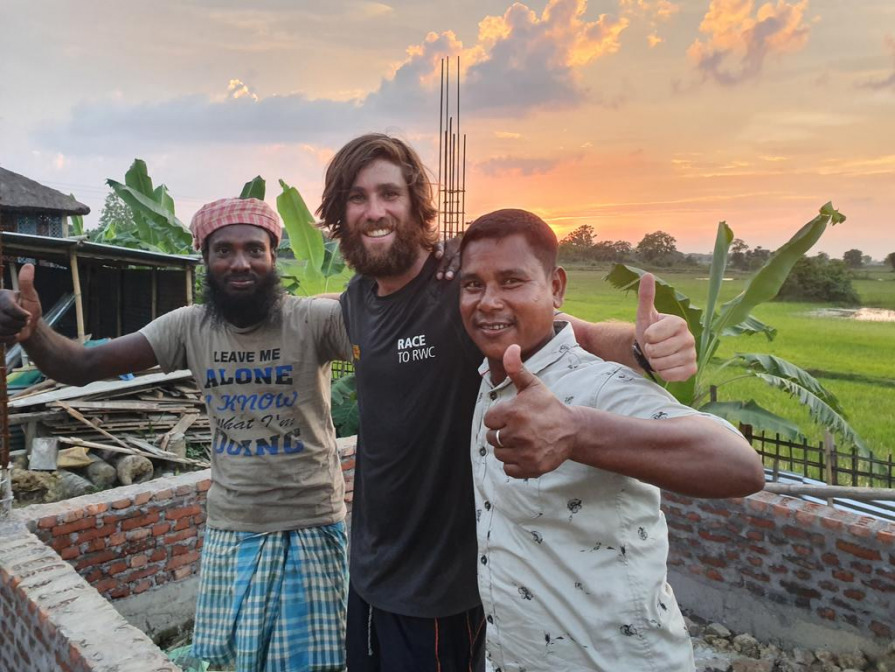 We’re now up to 22 languages that I have butchered across the trip with terrible pronunciation as I stumble my way through hundreds of ‘mingalar bas’ (hellos) and order plenty of ‘lahpet thokes’ (fermented tea salads) here in Myanmar.

“The language center in my brain is clearly a little faulty and I even struggle with English.”

Ron: Embarrassingly almost nothing. A few words here and there. Just as we start picking up a word or two, we change countries or districts, and inevitably that means a complete change of language, or at least dialect...it’s been tough to keep up but not for a lack of trying!

What's the thing you are missing about home the most?

James: If I didn’t say my mum, I would be in trouble. A close second would have to be my piano though, it’s just behind exercise in terms of finding a state of flow (and also can’t nag you to clean up after yourself)!

Ron: Honestly almost nothing – nothing I'd rather be doing! Although I guess from time to time when you hear about friends getting together for whatever reason, for a moment you realize it would be good to able to transport yourself back for a few hours for some banter over a few beers, etc., but knowing there will be plenty of opportunities for reunions down the line, and as I say, that we’re honestly living the most amazing once-in-a-lifetime adventure, and it’s hard not to be fully engaged with everything new and going on around us. 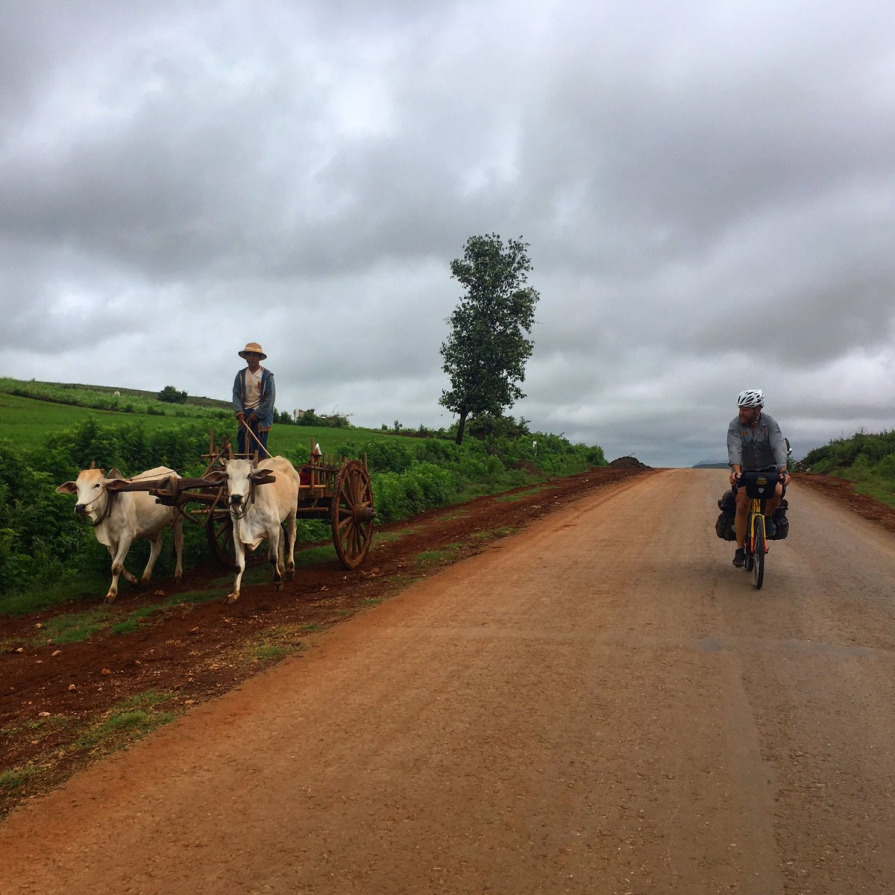 Do you play any games while cycling?

James: For me, this whole cycling trip is one big game! When I’m not away with the fairies and day dreaming, I’m often giving myself challenges to go down a big windy descent without touching my handlebars or getting to the top of a hill before my song finishes. Adding a little bit of sport to the adventure helps to keep me on my toes.

“From time to time we’ll bet on random stuff and the loser has to do the laundry at the next stop!”

Ron: Not really games, but from time to time we’ll bet on random stuff and the loser has to do the laundry at the next stop!