Red Bull Racing were the team to beat in the Abu Dhabi Formula 1 finale in more ways than one. Max Verstappen triumphed at Yas Marina and his mechanics executed the fastest pit stop of the race, Verstappen's tire change on the tenth lap taking 2.36 seconds.

Many drivers headed for the pit lane on Lap 10 during a virtual safety car period, because it would lose them less time than if they pitted under regular racing conditions. Nevertheless, meticulous, speedy work was the order of the day, as many teams called both their cars into the pits in quick succession, and Red Bull's crew was the best at rising to the challenge.

The remaining positions in the DHL Fastest Pit Stop competition were hard-fought with Williams needing 2.48 seconds to swap tires on Nicholas Latifi's car while Renault serviced Esteban Ocon's car in 2.49 seconds and Mercedes driver Valtteri Bottas was able to come back out racing after 2.52 seconds.

Red Bull have now produced a hat-trick of wins in this year's DHL Fastest Pit Stop Award and finish the season ahead of Williams (264 points) and Mercedes (253 points), having racked up 555 points in all. Red Bull also executed the fastest pit stops of the year in Russia and Portugal, taking just 1.86 seconds to change tires. 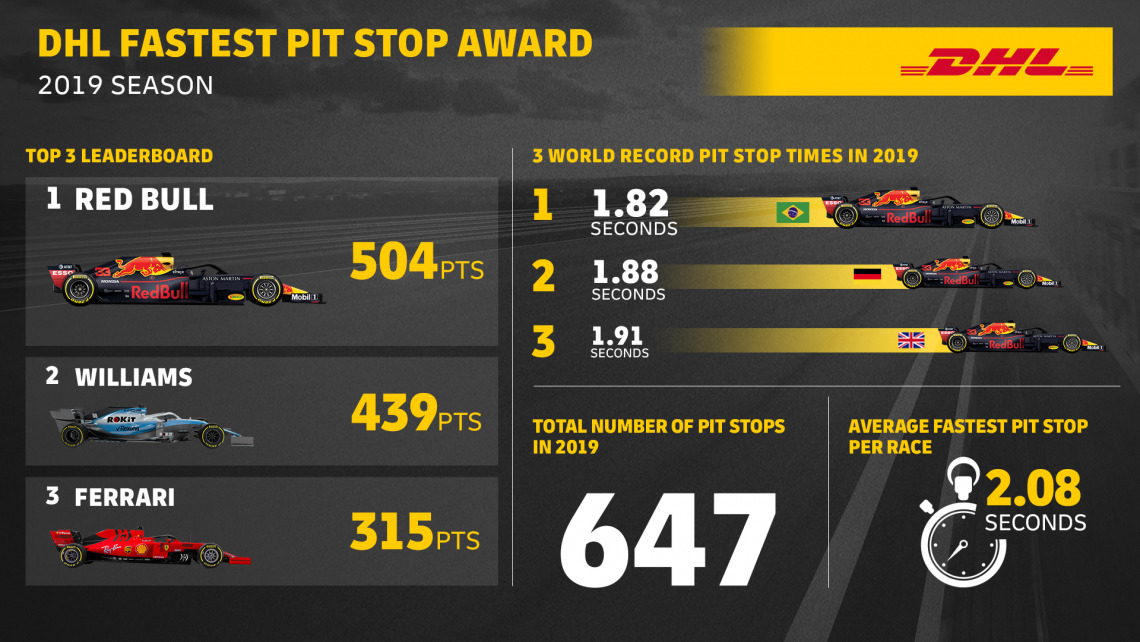