DHL is delivering Formula 1 for its major bash as the 1,000th Grand Prix is held this weekend in China. But what took place when the other milestones were reached, the 100th race, the 200th etc? We take a look back in history.

Formula 1’s big success story started in 1950 at Silverstone, the Home of British Motor Racing, with the first ever round in series history. The premiere was a delight to behold for the 200,000 spectators, who made their way to the track at the former airfield. Giuseppe Farina and a certain Juan Manuel Fangio battled it out to see who would emerge victorious from the European Grand Prix. Neck-and-neck they raced until Fangio was forced to retire with an oil leak eight laps before the end in a dramatic turn of events. However, Alfa Romeo had done enough to comfortably sweep the board, taking the top three positions on this first Race Saturday (Sunday was still very much a day of rest in the UK back then). 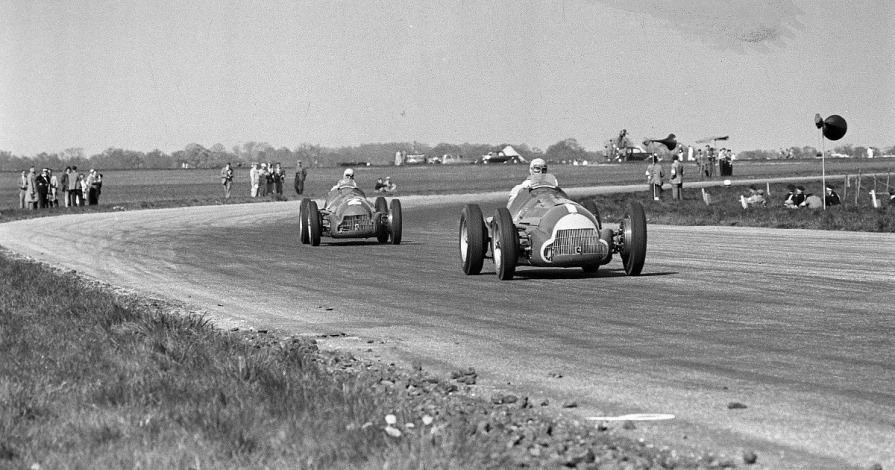 More than a decade was to pass before the first major milestone was reached, as throughout the 50s, a Formula 1 season was made up of only ten races. Still, the timing for F1 race number 100 could hardly have been better with the round at the Nordschleife, as both the venue and the winner were worthy of a special celebration. Stirling Moss won at the Nürburgring for the last time in his F1 career despite the fact that Ferrari had been clear favorites. The infamous Eifel rain set in shortly before the end and neither Wolfgang Graf Berghe von Trips or Phil Hill were a match for the Lotus Climax. 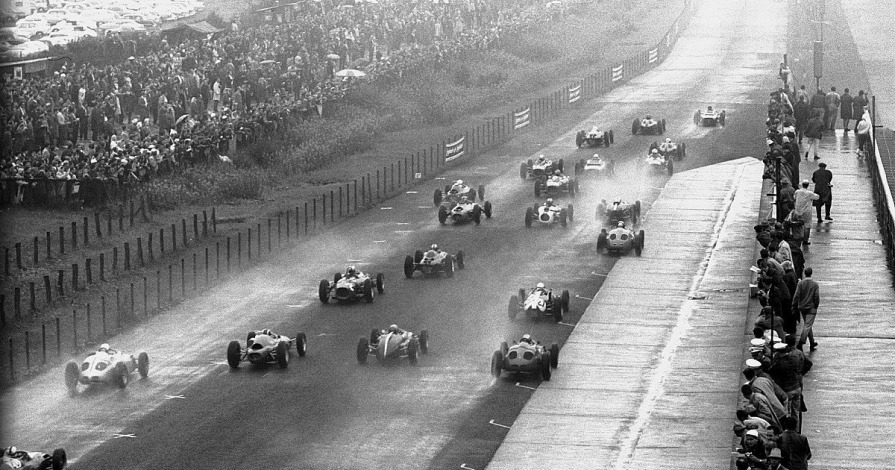 F1 seasons remained short and sweet in the 1960s, so once more, the next milestone was a long time coming. With Monte Carlo, however, Formula 1 again found a venue worthy of its 200th anniversary and another legendary driver emerged victorious – Sir Jackie Stewart. He produced a masterly performance. Having qualified on pole 1.2 seconds ahead of the second fastest, the Scot comfortably beat Ronnie Peterson, Jacky Ickx and Denis Hulme. All the other drivers found themselves a lap down by the end of this third race of the season. Stewart went on reign supreme at the end of the year as world champion. 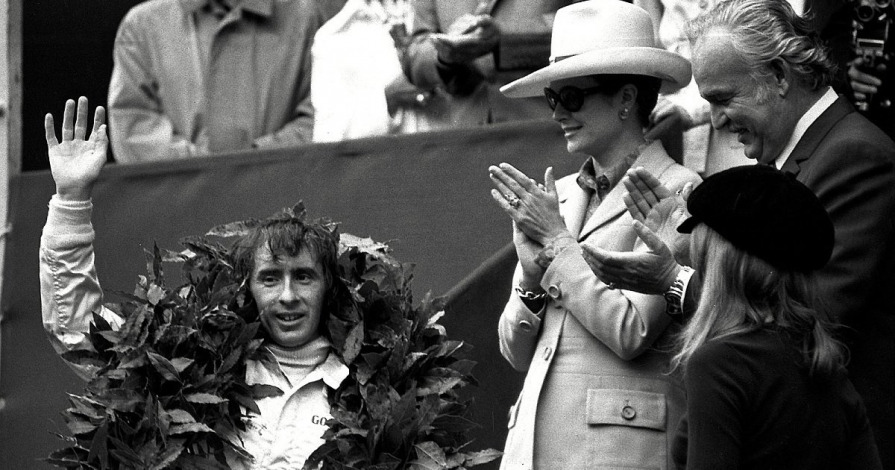 F1 seasons gradually became longer in the 70s, so the 300th milestone was soon reached in 1978, again with the third race of the season. The South African venue was particularly exotic and produced a winner from the far north of Europe, Sweden’s Ronnie Peterson, who won the 300th race in F1 history at Kyalami. He had only qualified eleventh on the grid but a whole series of drivers with tire problems and blown engines served to promote his Lotus to the head of the field, giving him a lead of just 0.5 seconds on Patrick Depailler, whose Tyrrell Ford also began to smoke towards the end... 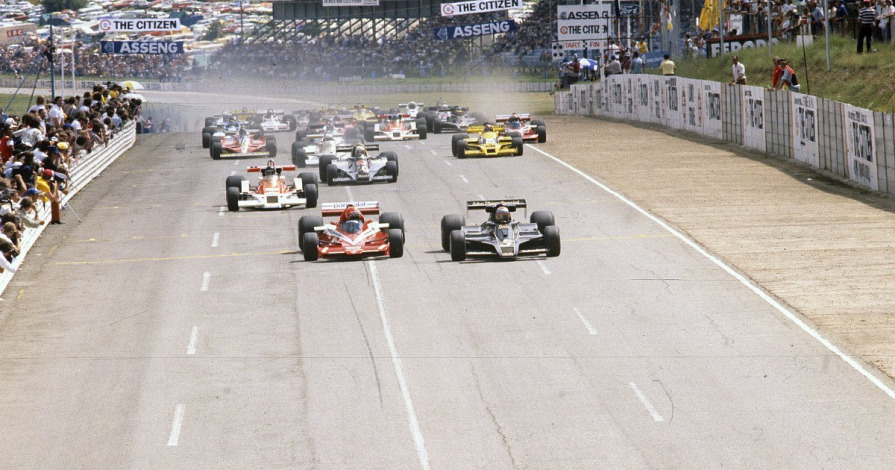 Some 156 Grands Prix were contested in the 80s. However, as far as Austrians were concerned, there was only one that really stood out, their home fixture in 1984, not so much, because it was F1’s 400th, but for the fact that their living legend, Niki Lauda, was able to win on home ground at Zeltweg as he approached the end of his career. This was his first and only home victory during a long, successful F1 career. No other Austrian before him, or since, has ever been able to win at home, not even Tyrolean driver Gerhard Berger, who made his F1 debut that weekend, putting the icing on the cake for Austrian fans.

Fitting end to season in Australia. The finale of Michael Schumacher’s first season formed the backdrop to the 500th Formula 1 GP, but that was practically the only thing that made this milestone in any way memorable. It was overshadowed by events at Suzuka with the notorious collision at the start between Ayrton Senna and Alain Prost. The Brazilian driver had to retire with gearbox damage but was crowned champion in Adelaide despite the enormous controversy. Prost was third behind Nelson Piquet and Nigel Mansell. 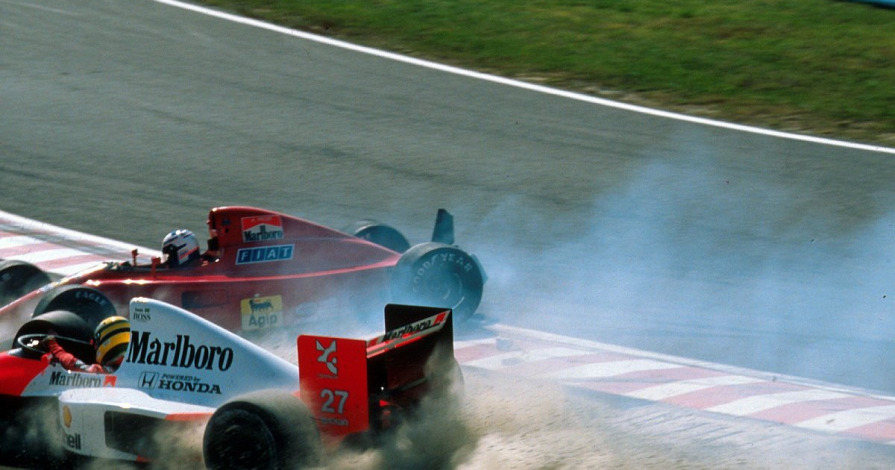 And once again, it was the third race of the season that marked the special milestone. Jacques Villeneuve, who went on to become world champion, won the 600th F1 Grand Prix in Argentina. His great rival, Michael Schumacher, was forced to retire following chaotic scenes at the start, but Buenos Aires was, nevertheless, a huge success from a Schumacher point of view. In a remarkable performance, Michael’s brother, Ralf Schumacher, secured his maiden podium in only his third F1 race despite a collision with Jordan teammate, Giancarlo Fisichella. 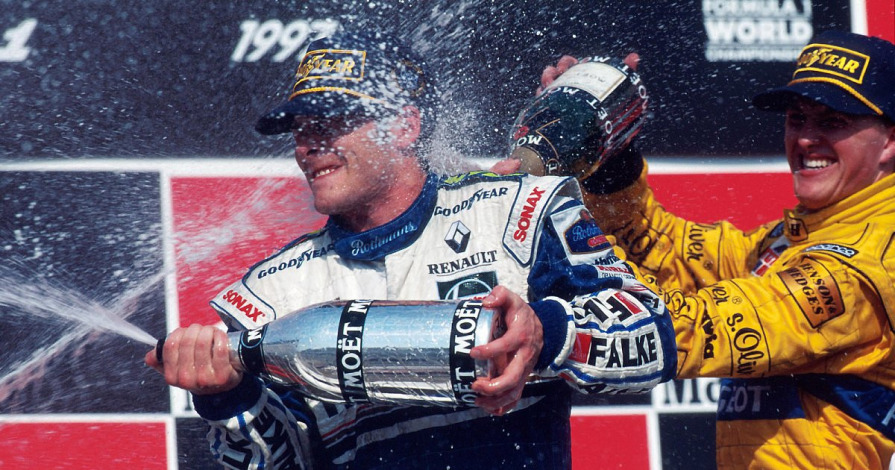 Giancarlo Fisichella gets another mention in the next milestone but in a starring role this time. Once again, it was the third race of the season in Sao Paulo, Brazil. The heavens opened, making conditions extremely wet, as often happens in South America. Ten of the 20 initial starters had retired in the pouring rain after 50 laps of 71. Even Michael Schumacher, on whom fortune used to regularly smile in the rain, was forced out. The race was red-flagged on Lap 54 when Mark Webber was involved in a bad smash and Fernando Alonso was unable to avoid his stricken car. Kimi Räikkönen was declared the winner. Some time later, it became apparent that the wrong lap had been used to determine the race winner in the chaos surrounding the race stoppage. Fisichella was the actual winner. Räikkönen handed the winner’s trophy over to him at the next race in San Marino. 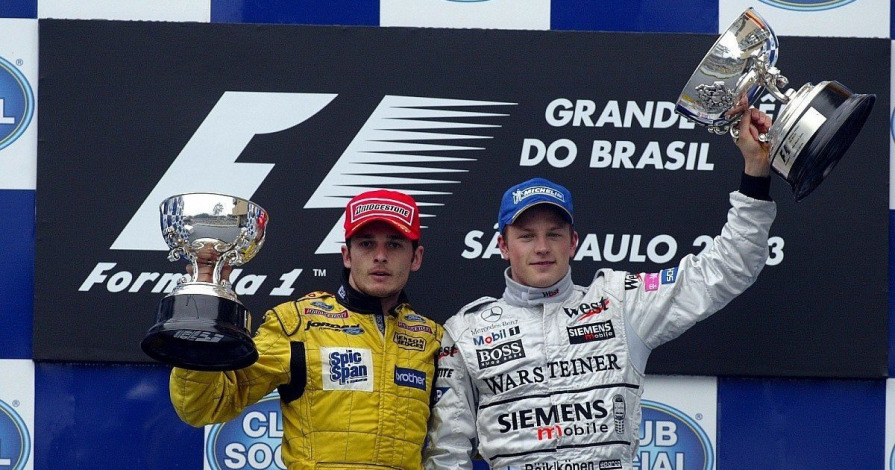 Scandalous rather than strange – that was the conclusion following the 800th Formula 1 race. After a brief, unsuccessful stint at McLaren, Fernando Alonso was now back racing for Renault with practically no chance of winning. Renault were nowhere near as well placed as they had been when he had won world championships with them, but in Singapore, Team Principal Flavio Briatore sensed the perfect opportunity. He had apparently instructed Alonso’s teammate, Nelson Piquet Jr, to crash on purpose as was revealed almost a year later. Renault used the safety car period that ensued to their strategic advantage. It had been no coincidence as Piquet himself said. As a key witness, he went unpunished, but Briatore and Renault chief engineer Pat Symonds were forced to resign with immediate effect. 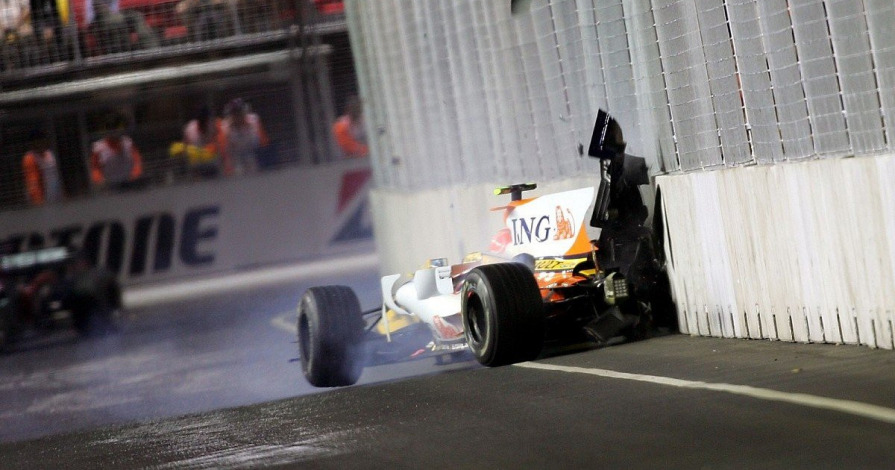 The last F1 milestone produced a real spectacle in the Bahrain desert. Mercedes were streets ahead of the competition in the first year of the hybrid era. That might sound like a recipe for boredom, but that was absolutely not the case in the first night race at Sakhir. While Lewis Hamilton and Nico Rosberg were able to outpace the others, they fought like cat and dog with one another. The two Silver Arrows battled for the top spot lap after lap. The tough wheel-to-wheel scrap ended in narrow victory for Hamilton, who went on to become world champion. 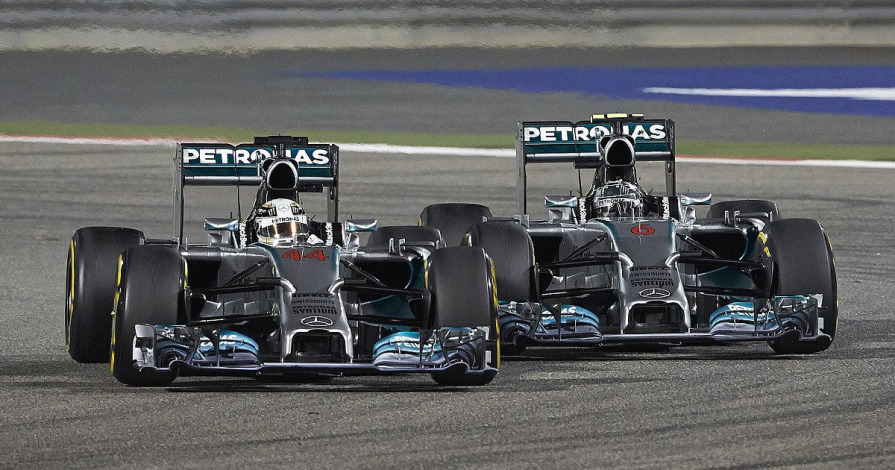