Formula 1®, the pinnacle of motorsport, has announced that the third instalment of the F1 New Balance Esports Series will kick off on 8 April 2019.

Building on the success of last year, the stakes for the 2019 season have been raised. Not only has the Series been extended to include even more adrenaline fuelled racing, but the official F1 teams will be battling it out for more than double the prize money – with a staggering $500,000 prize fund to be won.

Like the 2018 season, which reached a record audience of 5.5 million viewers across selected TV networks and a dedicated live stream, this season will be split into Qualifying, a Pro Draft and the Pro Series. However, each segment of the 2019 Series has been expanded, making this the biggest and most ambitious season yet.

A longer qualifying window will give even more of the world’s top drivers and aspiring gamers the chance to compete for a place in the prestigious Pro Draft. All entrants will compete in F1 2018, the official game of the FIA FORMULA ONE WORLD CHAMPIONSHIP™, on the PlayStation®4 computer entertainment system, the Xbox One family of devices including the Xbox One X and PC.

For the first time ever, one lucky esports fan will also be given the unique opportunity to experience the adrenaline and excitement of both the 2019 F1 New Balance Esports Series and real-world F1. An all-expenses paid trip to the Pro Draft, as well as tickets to the Formula 1 Rolex British Grand Prix on 14 July is up for grabs. To enter, fans simply need to complete one attempt during the three online qualifying events hosted between April and May as well as ensure they are signed up and registered on www.f1esports.com, with the winner chosen via a random prize draw.

The Pro Draft will take place over two days in July and is where the official F1 teams will select the drivers they want to add to their roster to represent them in the Pro Series. A series of high stakes Formula 1 New Balance Esports Series to kick off its third season Date 2 April 2019 race-offs on day one will identify the best of the best from the drivers that qualified. The slowest drivers will be eliminated, while the fastest will make up the final pool from which the teams will make their picks on day two. Every official F1 team must select at least one of its drivers from the Pro Draft.

The expanded season means that at the Pro Series, the official F1 teams and their drivers will now compete in four live events, compared to just three events last year, between September and December 2019. These races will determine the 2019 F1 New Balance Esports Series Teams’ and Drivers’ World Champions, with an increased prize fund of $500,000.

Following the success of the competition last year, which saw Great Britain’s Brendon Leigh crowned champion for the second time, F1 has renewed its partnership with Codemasters and Gfinity for the 2019 F1New Balance Esports Series. New Balance, the footwear and lifestyle brand, will remain as Title Partner and will be fully integrated into the Series, with all drivers wearing New Balance socks and shoes whilst racing in the Pro Series. Fanatec also remain on board as Official Sponsor, supplying the championship with elite and advanced equipment. 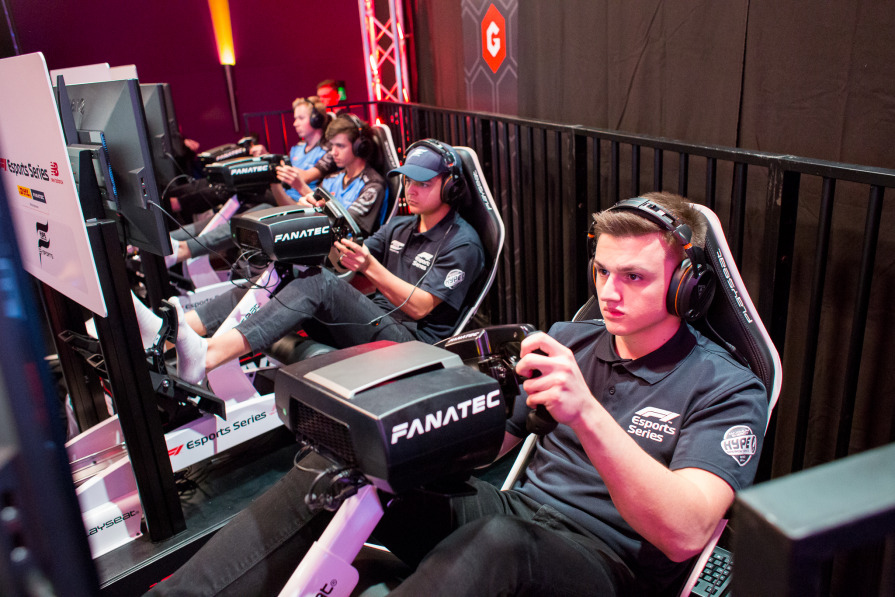 The 2019 F1 New Balance Esports Pro Series will also follow the World Championship rule change, to award the driver of the Fastest Lap a point, and DHL will once again reward the overall winner of the Fastest Lap with an award. Plus, to celebrate their 50th anniversary, DHL are working with F1 to deliver the time-trial invitational event ahead of the Pro Draft.

A new and exclusive agreement with Juss Intellisport Co. Ltd will also bring the electrifying world of F1 Esports to China for the first time ever. The F1 New Balance Esports Series – China Championship will launch in the late summer of 2019, expanding F1’s reach and presence in one of the leading esports nations in the world. A special event will take place at the Formula 1 Heineken Chinese Grand Prix 2019 to celebrate this landmark moment at F1’s 1000th Grand Prix, signalling the progression, new era and refreshed direction of F1. Top Chinese gamers will be invited to race off in a warm up exhibition event ahead of the full launch of the China Championship later in the year. The China Championship will give a select number of the fastest and most skilled Chinese gamers automatic entry into the prestigious Pro Draft in 2020. 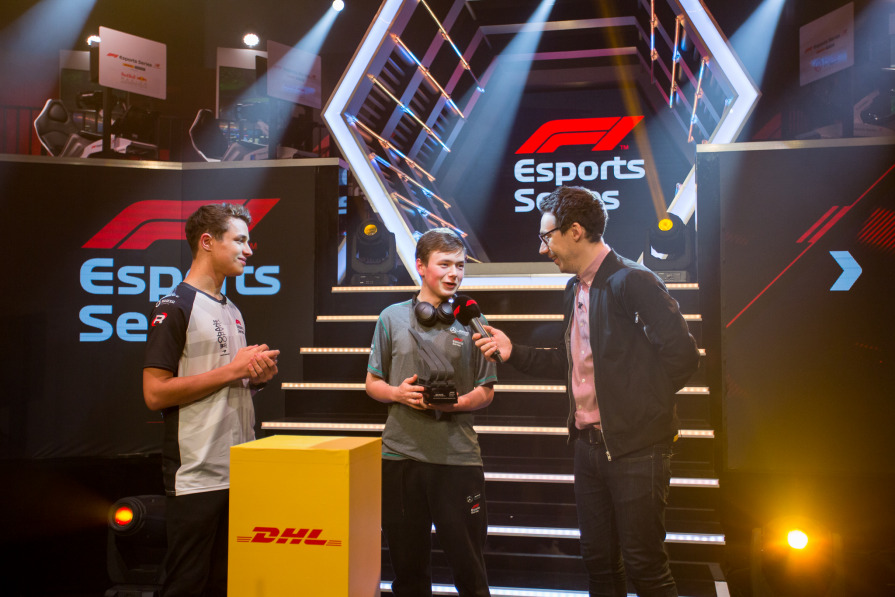 Sean Bratches, Managing Director, Commercial Operations at Formula 1, said:
“Last season was a decisive year for F1 Esports with the inclusion of the first official teams and record audience figures. As we move into this 2019 season, F1 will remain at the forefront of this explosive industry. The potential within this space is extremely exciting both as a commercial opportunity, but importantly, as a way for the sport to engage with the next generation of motorsport fans. We are committed to exponential growth in the world of esports, and as a result the 2019 season is going to be even bigger and better. Having more than doubled the prize fund, we plan to attract even more talent to the series and to continue the upward trajectory we are on.”

Frank Sagnier, CEO at Codemasters, said:
“The F1 New Balance Esports Series creates exciting opportunities for Codemasters to further engage with our core community and develop experiences for fans with a passion for both virtual and real-world racing. We’re always investigating ways to better integrate esports into our F1 games, as this will encourage more players to test their race skills against the top professionals, and we look forward to welcoming the new talent who will emerge this season.”

Garry Cook, Executive Chairman at Gfinity plc, said:
“F1 New Balance Esports Series has captured the imagination of the global gaming community. It delivers incredible racing and through entertaining content, such as the draft show, gives fans a reason to care about the drivers. Esports fans want it all. They want the back stories, the drivers’ journeys to greatness, the emotion of being chosen to represent an F1 team. And they want to experience daring manoeuvres on the track. F1 New Balance Esports Series delivers this. That is why a new and younger audience is embracing the F1 story. Series 3 is going to be bigger, bolder and more entertaining than ever.”

Think you have what it takes? Simply register here, link your gaming accounts and look out for the in-game event from Monday, April 8, and you could join an elite band of digital racers for the 2019 F1 Esports Pro Series!

You can view the rules of the competition, along with the Terms & Conditions.