A new rule is being introduced as the 2019 FIA Formula 1 season gets underway in Melbourne, promising even more excitement in the world championship of the premier class.

In each grand prix taking place in 2019, an extra world championship point will be awarded to the driver with the fastest lap. In the Australian Grand Prix, the point went to Valtteri Bottas from Team Mercedes-AMG Petronas Motorsport, who posted the fastest lap of the race in a time of only 1:25.580. Formula 1, which will stage its thousandth race in Shanghai in April, will reward both the race result and the fastest lap time achieved during the race for the first time since 1959. DHL has had its own award since 2007 for drivers who consistently achieve the fastest race lap in the F1 World Championship. 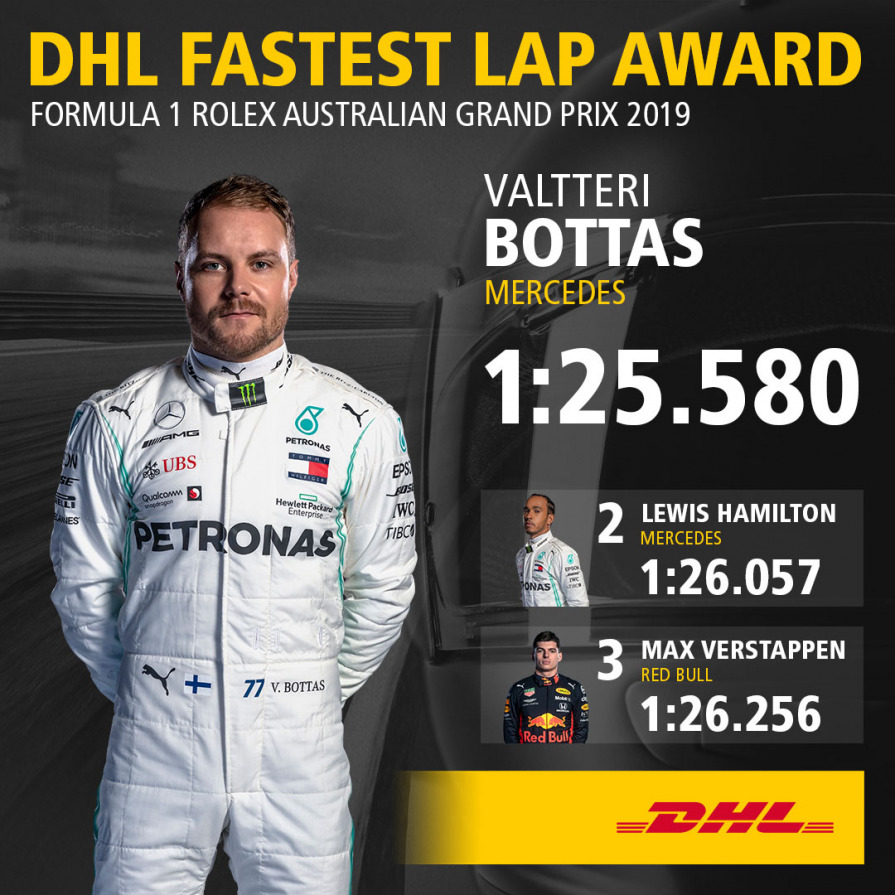 “We are proud to say that we have recognized the achievements of drivers posting the fastest race lap for many years now,” says John Pearson, CEO DHL Express. “It requires top speed and an excellent performance from drivers and teams and helps produce the World Champion by the end of the season. Precisely these qualities have also formed the basis for DHL’s worldwide success. We are looking forward to presenting this year’s winner with our prestigious DHL Fastest Lap Award.”

A look back at history shows the importance of the 2019 DHL Fastest Lap Award. No less than five World Championships would have ended differently, statistically speaking, had an extra point for the fastest race lap been taken into account. The fight for the additional point is well worth it, as you can appreciate, as it also adds a strategic element for teams. Being on fresh, soft tires at the right time is vital, since cars are lighter and thus faster towards the end of the race. This tactic has to be clever enough so as not to lose your position in the race.

DHL has been involved in Formula 1 for more than 35 years and as Official Logistics Partner since 2004. The company is responsible for ensuring that the demanding logistics of racing’s premier class run smoothly. At the start of the season, racing cars and F1 equipment were flown from Italy and DHL’s East Midlands hub in the UK to Melbourne. Seven Boeing 747 cargo planes were used for this purpose. DHL is also responsible for on-site logistics quite apart from taking care of shipments to race venues. DHL also has a number of other partnerships in motorsport. In Formula E, for example, DHL is one of the founding members of this series. 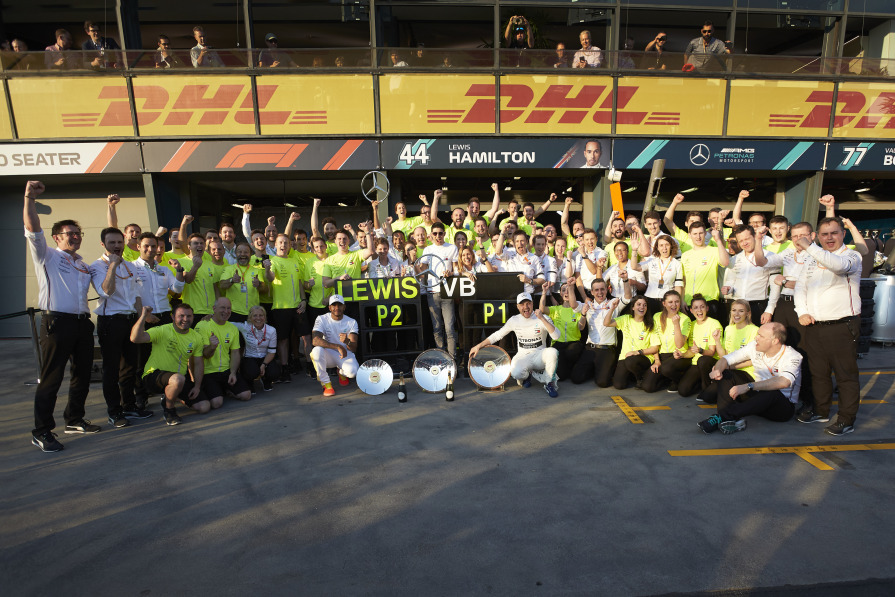