For those of you who don’t know me yet, I’m EffiBOT, a very special DHL courier who hands out epic goodies at the great ESL One events around the world. I’m a huge esports fan with a special affinity for CS:GO and Dota2. If you see me in Cologne, come up and take a selfie with me. I’m always happy to oblige.

Beijing will be home to another outstanding CS:GO event when the very first stand-alone IEM tournament takes place over four days in China and the world’s best CS:GO teams compete for $250,000, 7th-10th November.

In addition to the prize money, the tournament winners are also guaranteed a place in next year’s IEM in Katowice, and of course, the event will again be part of the Intel Grand Slam, in which $1 million in gold bars can be won by the team winning four Intel Grand Slam Competitions. Team Liquid did that just recently at ESL One Cologne 2019.

Eight of the world’s best teams will go head-to-head for the big matchup and the fight for an historic victory in the very first IEM in Beijing. Astralis will also be taking part. They recently won the Major in Berlin, but their (new) archrivals, Evil Geniuses, who surprised everyone at ESL One New York by winning the title after defeating Astralis in the final round, are in the competition. Also, two Chinese teams, Vici Gaming and Tyloo, will have a considerable home advantage, so plenty of excitement is guaranteed!

The group stage with the first four matches starts tomorrow.

IEM is celebrating its tenth anniversary with this 77th tournament at the University Students’ Gymnasium of Capital University of Physical Education and Sports in Haidian District, Beijing, and DHL is proud to be part of this international esports spectacle as logistics partner.

DHL is involved with terrific ESL One events all around the world, but IEM Beijing will be its first major esports tournament in the Middle Kingdom of China. As official logistics partner, DHL not only transports stage equipment but also the Maxnomic gaming chairs to venues around the world to the delight of millions of fans. Of course, no need either to miss out on our epic DHL drops in Beijing. You can grab a sign at the venue, add your own personal message and then hold it up for the camera from your seat, or you can fill in our competition form from the comfort of home: https://inmotion.dhl/en/esl/dhldrop 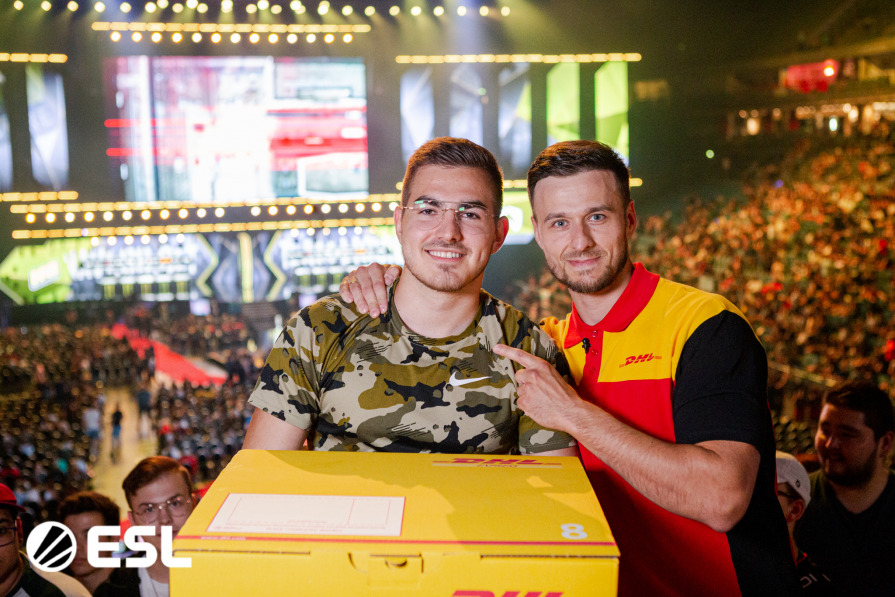 No game too hard for you? Then here’s an idea of how to spend the time in between match days while having fun. Try to beat the current high score on the EffiBOT Dash Game for Android and iOS: https://inmotion.dhl/en/effibot-dash/

In this great mobile app game, you have to guide me through the DHL warehouse, avoid obstacles and collect points. With a little practice, I know you’ll achieve a high score! 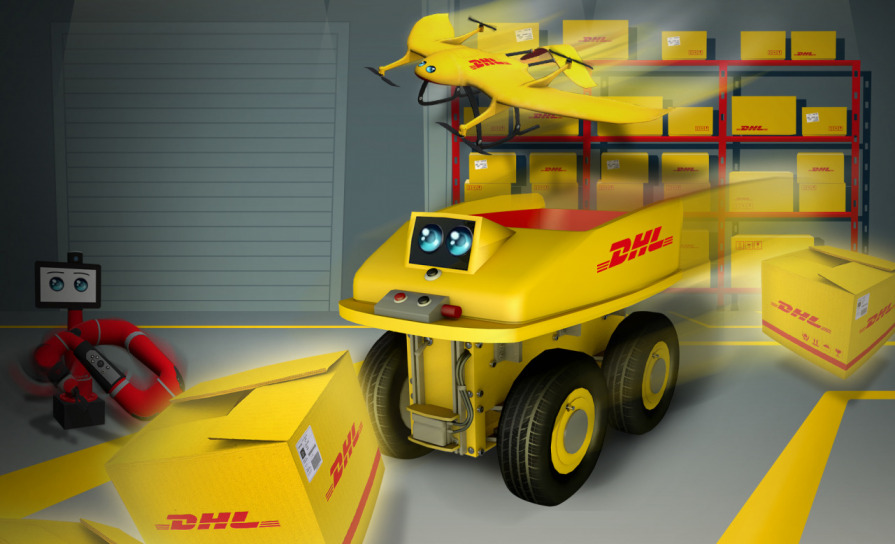 Win a DHL #Surprisebox full of goodies! All you have to do is tell us which gaming innovation of the future you like best! 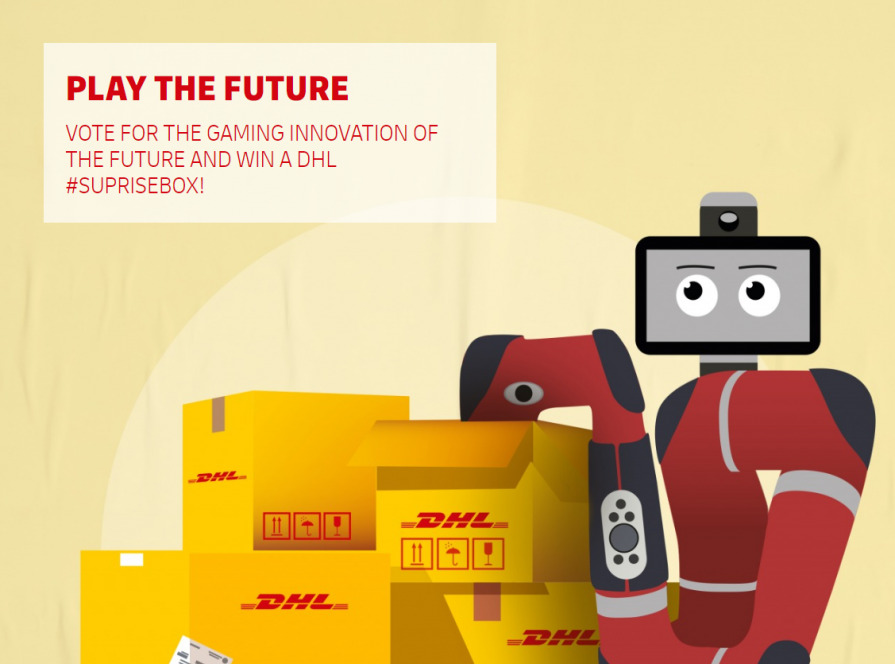 The group stage in Beijing has started, and we should get to see some really great CS:GO action today!

Astralis immediately showed their tremendous superiority over VG (2-0) to take the first lot of vital points, and 100 Thieves also proved how strong they are against ENCE (2-0).

In the Group ‘A’ winners’ match, Astralis went up against 100 Thieves. Danish team, Astralis, won the first Map (Inferno) 16-10 and the second Map (Nuke) (16-9) as well. As a result, Astralis are the first team to be guaranteed a place in the semi-finals.

The teams really got down to business in the last game of the day, the elimination match between Vici Gaming and ENCE. After all, a lot was at stake. Which team might still have a chance of appearing on the main stage or would be heading home? The first Map (Inferno) narrowly went to VG, 16-13. ENCE won the second Map (Train) 16-13. As a result, the first game of the tournament also went the whole way to the ‘Best of 3’. The Map that was to be the decider was called Mirage and was decisively taken by ENCE, 16-7.

VG are thus the first team to leave IEM Beijing 2019, and at the moment, it’s looking like Astralis will be the ones to beat here in Beijing.

Here are a few impressions from the first day of the group stage:

And this how things are set to continue tomorrow:

The second day of the group stage in Beijing has started, and today we can expect to see the wheat being separated from the chaff as the line-up for tomorrow’s contest on the big stage is decided.

First of all, we were treated to an intriguing matchup between Tyloo and the Evil Geniuses. This elimination game would send one team home early and one through to the main arena.

Evil Geniuses easily saw off the challenge from the Chinese team, running out winners by a score of 2-0 (16-12 on Mirage and 16-9 on Inferno). Much to the disappointment of the local fans, Tyloo will therefore not be appearing on the Main Stage in this tournament.

The third game of the day pitted 100 Thieves against ENCE, an encounter which the 100 Thieves likewise won 2-0 (16-9 on Inferno and 16-7 on Nuke). A strong performance that sends ENCE away empty-handed and the Thieves through to the semi-finals.

The last game of the group stage was between FaZe and EG. And this game turned out to be a real epic. EG started as the clear favorites, but they had not reckoned with the massive resistance that the legendary crew led by rain and olofmeister would put up.

The Best of 3 went full length, and the last game too went into overtime. Nuke ended 16-12 in favor of FaZe and Inferno went 16-14 to EG. The third and final map, Dust 2, was settled by the narrow margin of 19-16 in favor of FaZe.

So we have already had our first surprise of IEM Beijing 2019, because no-one expected to be seeing the back of Evil Geniuses at this early stage of the tournament.

Here are some impressions of today’s games:

This is the program for tomorrow:

The great day has arrived. IEM Beijing 2019 has officially got underway, and the Beijing University Students’ Stadium has opened its doors to the thousands of local fans. 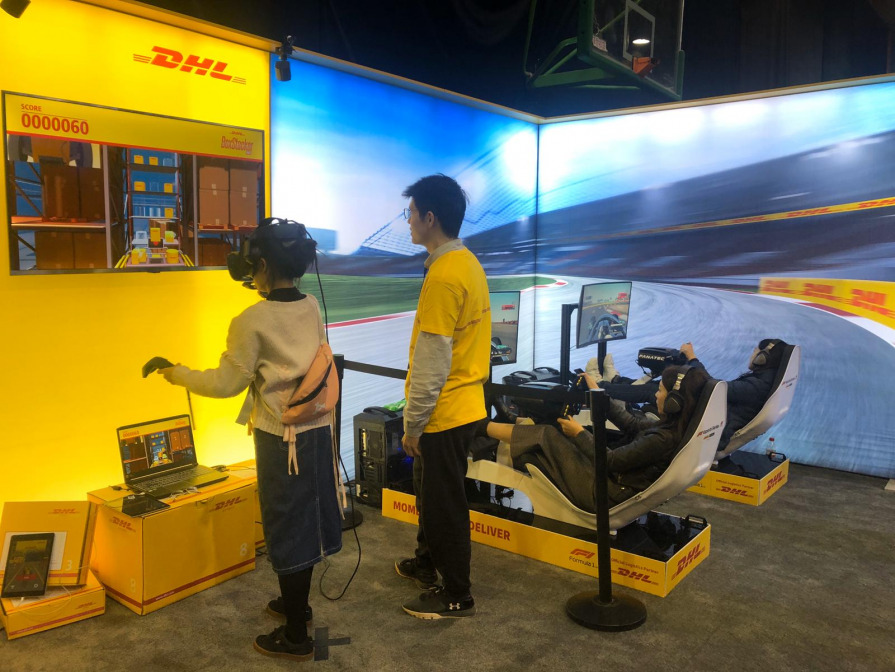 As usual, DHL has set up a stand at the arena, offering fans plenty of interactive entertainment. Visitors are invited to have a go at cracking the high score in the Boxstacking Challenge and on the F1 Racing Simulators.

Today we welcomed a guest of honor at our booth: DHL Express CEO China Mr. Dong Ming Wu visited us in person.

DXMaster on DHL tour in Beijing

As always, we have a very special DHL courier in China whose job it is to get spectators smiling during the tournament. This time around, it is DXMaster firing up the fans.

In the first semi-final of the day, Team Vitality came up against 100 Thieves. Vitality began by winning comfortably on Mirage 16-8, but from that point on, it went downhill for the French outfit. The 100 Thieves narrowly took Nuke 16-14 and then blew away the opposition by 16-2 on the third and deciding map, Inferno. So now we know the identity of the first of the two finalists: 100 Thieves!

FaZe have shown in their recent games in Beijing that they are a world-class team who have plenty to offer. But Astralis were distinctly ‘unfazed’ as they whitewashed their opponents by no less a score than 16-0 on Dust 2. The second game was an equally uneven contest, as the Danes shot down FaZe on Nuke by a score of 16-2. 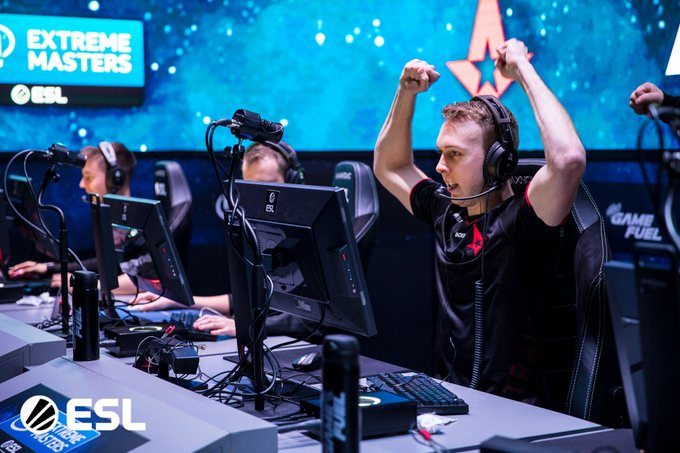 So our line-up for the final is:

Can Astralis continue to show tomorrow that they are currently the strongest team in the world, or are the Thieves destined to pull off a shock victory? Can David defeat Goliath? Whatever the outcome, it’s definitely going to be a grand finale. 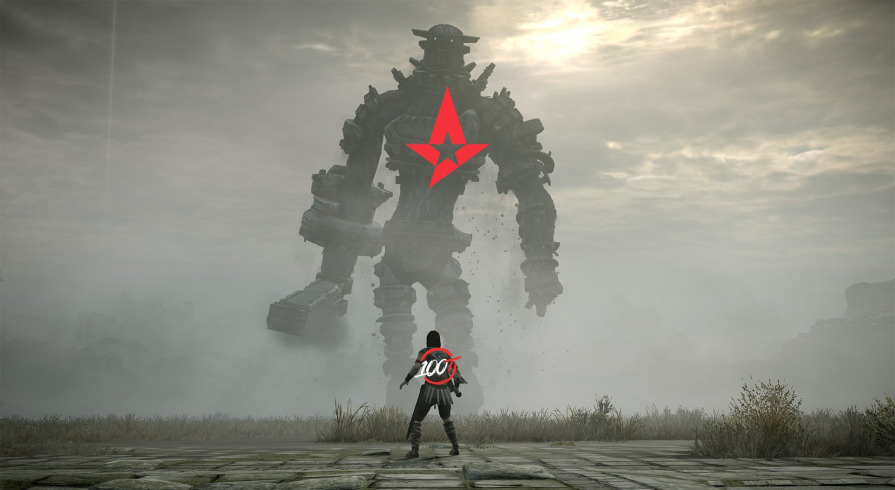 Get ready for the first !DHLDROP with Yu 'DXMaster' Hao in Beijing! Watch the video and see what great prizes you can win!

Final day! It’s the start of the last day in Beijing and we’ve got a David and Goliath of a finale in prospect as Astralis take on 100 Thieves in a show match on ‘Breach’ today.

Our dynamic DHL courier, DXMaster, was also out and about again at the IEM in Beijing and got to ask some fans at the venue about their personal favorites.

The community Map ‘Breach’ was played on the big stage for the very first time with two mixed teams, consisting of top players, casters and analysts. One team included one person plus tarik from EG and a gamer from Tyloo. The other team was zhokiNg, for whom DXMaster also played.

However, zhokiNg narrowly won through 16-14, but here are a couple of tips for all of you out there keen to play a few rounds on ‘Breach’:

Even before the start, it was clear that 100thieves were facing an Herculean if not impossible task in trying to make a dent in Astralis’ current top performance.

Vertigo was the first Map in the ‘Best of 5’. This Map is not easy to play even for the experienced players from Astralis, because it is still very new in the pool, but still, the Danes managed to win by 16-14.

On the second Map, ‘Nuke’, Astralis were able to show their strength and defeated the 100Thieves 16-4.

100Thieves should have been able to keep their chances alive on the next Map, ‘Train’ but simply had no chance against Astralis. The Danish team finally wrapped things up in emphatic style winning the third Map by a thumping 16-3.

And so Astralis have won IEM Beijing 2019 and as a result, are guaranteed a place in IEM Katowice 2020.

And of course, there was also another DHLDrop with DXMaster for a very lucky fan today.

Finally, I have a few impressions from the final day for you:

50 years of DHL – This is only the beginning