Tom Coronel will be racing a CUPRA entered by Belgian outfit, Comtoyou Racing in the 2019 FIA WTCR season.

The second season of the FIA World Touring Car Cup (WTCR) presented by Oscaro gets underway in Morocco at the beginning of April. Now, the international field of highly-rated drivers registered for the upcoming season also includes Tom Coronel. The experienced 46-year-old driver from the Netherlands will be racing a CUPRA entered by Belgian outfit, Comtoyou Racing this season.

"My contact with the team started at the end of last year," Tom Coronel tells. "After the races at Macau, I spoke with Kurt Mollekens. He is a former teammate of mine in the Opel Lotus Euroseries 1994 and currently is an engineer at Comtoyou Racing from Waterloo in Belgium. Our conversation got me thinking and after some discussions with the team led by François Verbist and Jean-Michel Baert, we made a deal for the upcoming season. Jaime Puig, the former team manager of the SEAT WTCC team, also played an important role in the process. With SEAT, I have had quite some success behind the wheel of the CUPRA. The cars are being built at the CUPRA headquarters in Spain and are fine-tuned by Comtoyou Racing. Every weekend, a CUPRA technician will be present", Coronel says.

"The contract also includes some test days, the first of them on 27 and 28 February when I will be driving a CUPRA at Zandvoort, albeit still with a plain white livery. Eventually, the car will get its familiar yellow DHL colour and my starting number for the upcoming season is 50. With that number, I want to put DHL as a sponsor in the limelight as they are celebrating their 50th anniversary this year and this seemed like a nice gesture to me. All the other sponsors from last year remained involved, so the rest of the car will also be a familiar sight for everyone. That can also be said about the second car, also yellow, to be driven by Aurélien Panis."

Jaime Puig: "I am delighted that Tom Coronel has chosen CUPRA and I hope that we can achieve some nice results together again. I have known Tom since he started racing touring cars in 2001, he raced for our brand for several years already. He scored his maiden victory with a SEAT at Okayama back in 2008. There, Tom had a special mix of tyres, slicks on the front wheels and rain tyres on the rear wheels. I will never forget that! That is something he could repeat this year."

François Verbist: "I am glad that an experienced touring car driver like Tom has chosen our team. I am convinced that we can score some really good results together."

Coronel aims for the podium

As for his expectations, Coronel leaves no doubt about the fact that he wants to be on the podium again this year. "After last season, it should be possible to enjoy the occasional 'moment of fame'. It will not be easy as many famous drivers from the past will be making their return to the championship. On the other hand, I have a lot of confidence in the car and in the team and let's hope that I will have luck on my side again this year. Especially with the early and thorough preparation, but also with one year of WTCR experience, it should be possible for me to compete for podium finishes on occasion. It will not be easy, opposition is strong, but we have ten race weekends with three races each to make it happen. Let's hope we can steer clear from any damage and can be competitive. I will fight for it, I am really eager to race! Eat My Dust ehhh CHEESE!" 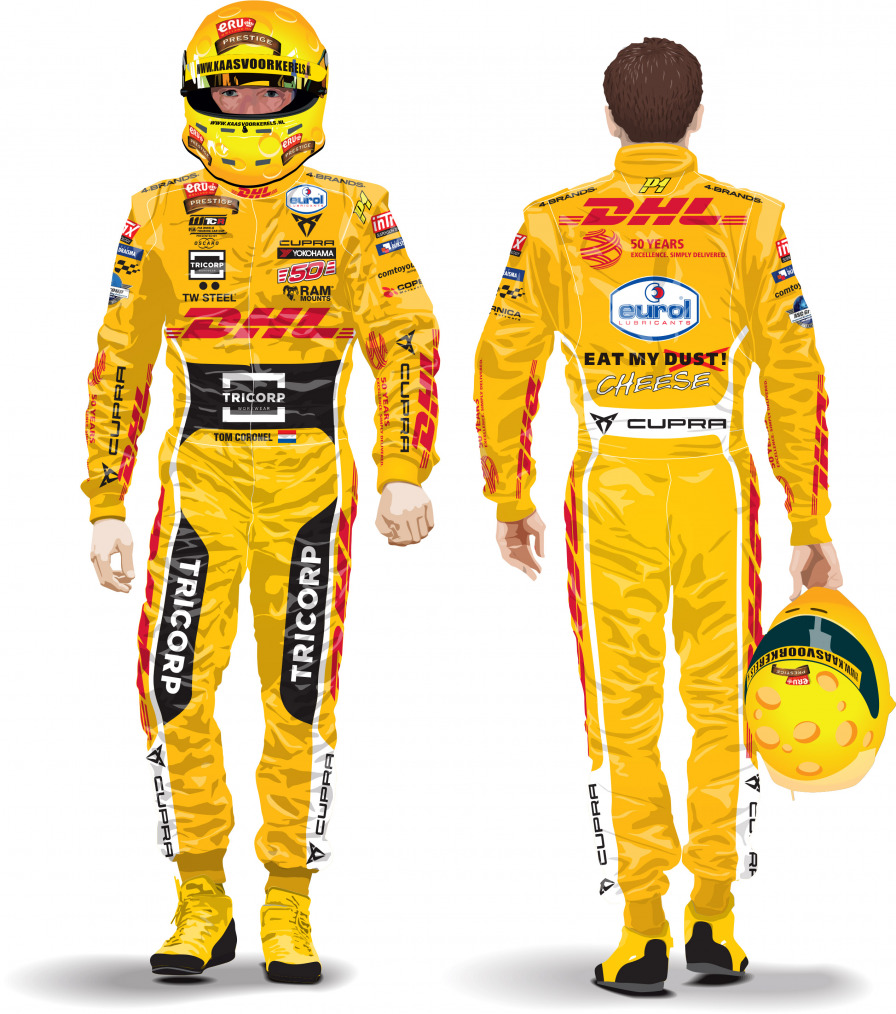