The FIA WTCC is now the FIA WTCR, or FIA World Touring Car Cup, so the 2018 season will see major changes in touring car racing with plenty of innovation and much that remains familiar.

Throughout the year, DHL works closely with WTCR, devising a tightly organized logistics calendar. Details are planned a year in advance to ensure that both the cars themselves and the teams’ extensive equipment and infrastructure all arrive in the right place at the right time, and in immaculate condition.

Ocean freight is a major part of the solution provided for the events outside of Europe. In addition, DHL-managed logistics duties include handling of garage and paddock equipment, freight storage, customs clearance and express shipments for FIA WTCR Management. 200 tons of equipment are transported between each race weekend. A total distance of more than 60,000 kilometers is to be covered by sea, road and air.

Before the cars line up for the first time this weekend in Marrakech, we look at the dates and key facts for the 2018 WTCR season.

The DHL Pole Position Award will carry through to the WTCR. The award will be presented to the driver who achieves the most pole positions during the 2018 season.

Norbert Michelisz won the DHL Pole Position Award last season in the WTCC and will try to defend his title in the WTCR during 2018. The regulations: Even more race action in 2018

The Touring Car World Cup for drivers and teams will be contested in 2018 in the WTCR.

New – the cars: TCR cars will replace the old WTCC vehicles, ensuring a greater variety of brands. Seven manufacturers will be represented in the 2018 WTCR season. All cars will be front-wheel drive, powered by a 350-bhp turbo engine. The TCR regs were only introduced a few years ago but have been a huge success with over 600 TCR cars built and sold to date.

New – the weekend: There will now be three not two races per weekend, spread over two days with a qualifying and a race on the first day. The format for Day 2 remains the same as in previous years – a qualifying for races two and three with the grid order reversed for Race 2.

New – the points system: First, the top five drivers from the second qualifying receive points. How many points drivers get for their race results will vary, as the points totals for the weekend’s three races are different.

Back again – the Joker Lap: The Joker Lap will continue to be part of the WTCR in 2018 after its successful debut for the 2017 season. The Joker Lap is an alternative route that drivers must use once per race on street circuits. This will open up strategies for drivers, since it alters the length of the circuit.

The entry field: Newcomers and returnees

The entry field for this first WTCR season will be a mix of WTCC and touring car veterans from previous years and young newcomers. Tom Coronel will again be in DHL colors in the new WTCR. DHL brand ambassador Coronel will line up in a Honda Civic prepared by Boutsen Ginion Racing. This will be their first season together.

The last WTCC Champion, Thed Björk, will also compete in the WTCR. Björk won three WTCC races and the championship in a Volvo last season. He will race the new Hyundai i30 N TCR in the WTCR. His teammate will be four-time WTCC champion and team owner Yvan Muller. There will be no less than four former world touring car champions in the field – Björk, Muller, Gabriele Tarquini and Rob Huff.

In addition to the old-established drivers, the WTCR has attracted several international touring car stars, Gordon Shedden, for example, the three-time British Touring Car Champion. He will compete in an Audi RS3. His teammate will be last year’s TCR International champion, Jean-Karl Vernay. The winner of last season’s DHL Fastest Lap Award, Norbert Michelisz, will race a Hyundai. 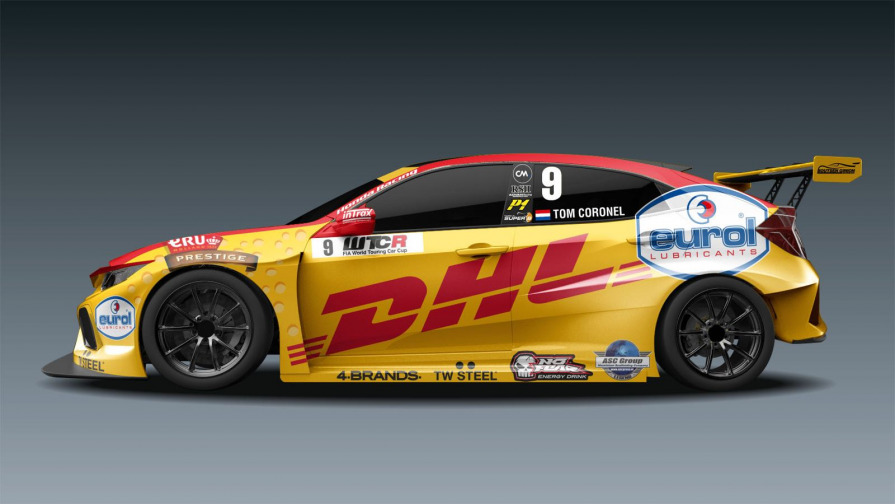 The calendar: Two races in China

The calendar for this first WTCR season is based on the one from last year. Ten race weekends are scheduled for 2018, including the stand-out meeting at the Nürburgring Nordschleife and the season finale in Macau. For the first time, two races will be held in the same season in China with the street race in Ningbo followed by another meeting in Wuhan.