Throughout Rugby World Cup 2019, DHL is giving rugby fans the chance to choose the Epic Moments of tournament.

These moments are what we live for. That silky sidestep, a try-saving tackle or a game-winning drop goal. Whether they carry the team through the group stages, keep them alive in the knockout round or decide who lifts the Webb Ellis Cup, these #RWCEpicMoments get us out of our seats to join the roar of the crowd.

Following the end of each round of Rugby World Cup 2019, a public vote will launch on Twitter and RugbyWorldCup.com to decide which incredible piece of skill or breath-taking play is the most Epic Moment.

Be sure to follow @DHLRugby and @RugbyworldCup so you can log on to cast your vote and let us know which is your favorite.

There have been so many epic moments throughout the history of the Rugby World Cup. Here are three of our favorites. 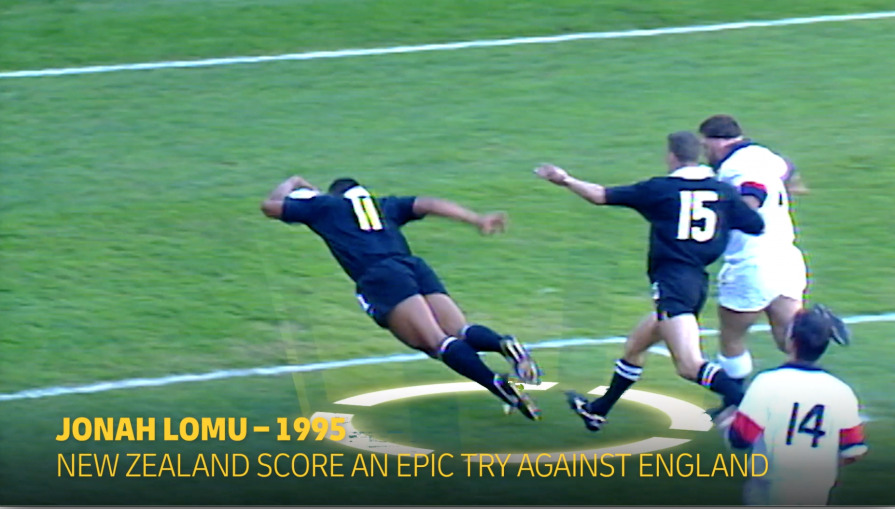 Who can forget the #EpicMoment when New Zealand’s Jonah Lomu steamrolled England’s Mike Catt to score a try in the 1995 Rugby World Cup semifinal? Some say that moment made Lomu a legend and changed the face of rugby.

It was June 18, 1995. The place was Newlands Stadium in Cape Town. After the pass goes over his head, the giant Lomu collects it on the bounce and immediately turns upfield. After outpacing England’s center Will Carling, he heads right at fullback Catt, who is the last line of defense. The nearly 120kg Luma barreled right at the 80kg Catt, knocking him over and diving the remaining five meters to the line. The moment even left commentator Keith Quinn nearly speechless.

It may have only been one of four tries Lomu scored for the All Blacks in their 45-29 win over England, but it is an Epic Moment the rugby world certainly remembers. 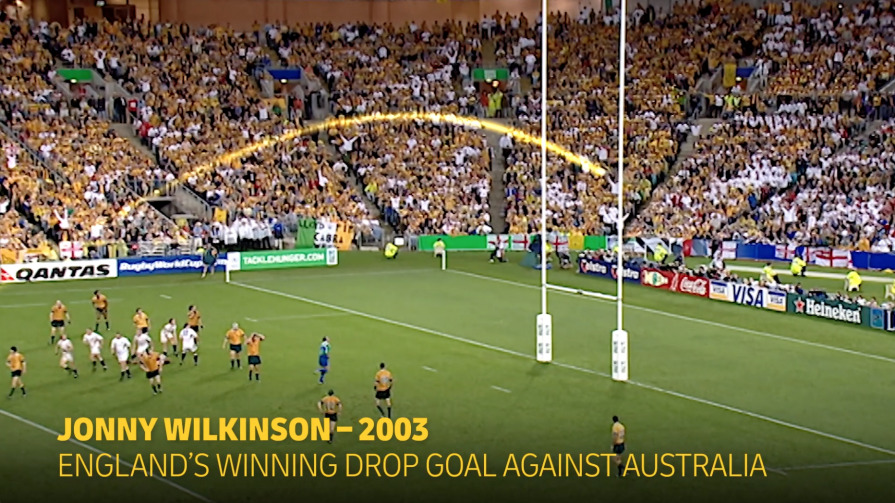 This #EpicMoment, delivered by one of England’s greatest World Cup heroes, is one of the most celebrated moments in Rugby World Cup history.

It was November 22, 2003. The place was Telstra Stadium in Sydney. Only seconds were remaining in extra time when Wilkinson delivered a strike with is notably weaker right foot – the decisive drop goal that gave England the win and the Webb Ellis Cup.

Australia saw it coming but couldn’t stop it. Some 80,000 fans in the stands, and millions more glued to their televisions around the world, watched Wilkinson drop into the pocket, receive the pass from scrum-half Matt Dawson and split the posts perfectly.

England won 20-17 and raised the Webb Ellis Cup for the first time, also becoming the first European side to win the cup. 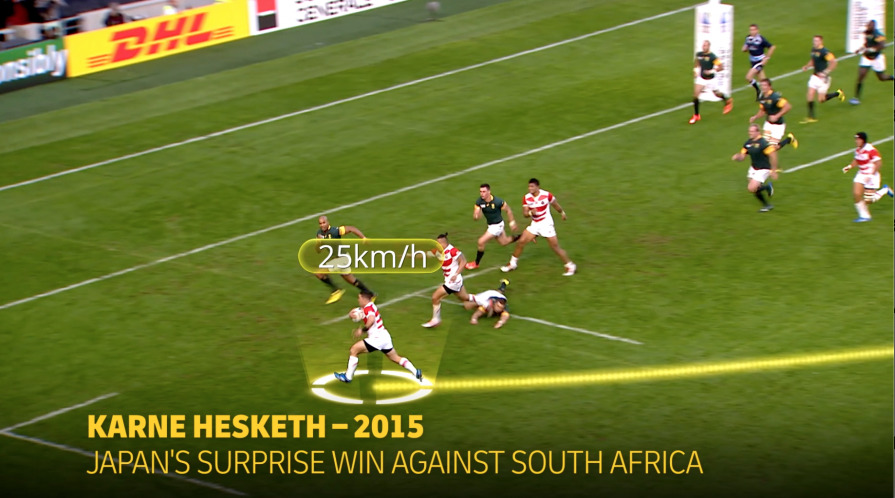 It’s been called the biggest upset in rugby union history, and it was certainly Japan’s finest hour on the rugby pitch. This giant-slaying moment captured our imagination and even inspired a film based on the match, “The Brighton Miracle”, which was just released.

It was September 15, 2015. The place was Brighton’s Amex Stadium. Although Japan had several chances late in the game to kick a penalty and take a respectable draw against the mighty South Africans, team captain Michael Leitch wanted a try and the win.

He and his team pushed the Springboks’ line as time ticked past 80 minutes. And when Karne Hesketh slid over the line, Leitch’s gamble was rewarded. The stadium immediately exploded as the crowd celebrated what everyone already knew. They’d just witnessed history – an incredible World Cup encounter, only the second RWC victory for Japan, and arguably the greatest Rugby World Cup shock of our time.

WHAT WILL BE THE EPIC MOMENT OF RUGBY WORLD CUP 2019?

Be sure to follow @DHLRugby and @RugbyworldCup throughout the tournament and get your chance to vote for the Epic Moments of tournament.