In February, two DHL-supported cyclists began an epic journey across Europe and Asia – a Race to Rugby World Cup 2019™ to raise funds and awareness for disadvantaged children and young people in Asia. After nearly eight months and 20,000 kilometers, their mammoth quest is about to end…and not a moment too soon…

Serial adventurer Ron Rutland hit the nail on the head when he made that statement in London on a cold February day. It was February 2, 2019, to be exact. Standing outside of Twickenham Stadium, Ron and his riding partner, James Owens, had just accepted the official match whistle for the opening match of Rugby World Cup 2019™ from Alan Gilpin, Head of Rugby World Cup.

Since then we’ve been tracking Ron and James – our acting DHL couriers – as they shuttled the whistle from Twickenham Stadium, the venue of the final of Rugby World Cup 2015™, all the way to Tokyo Stadium for tournament kick off on Saturday September 20, 2019.

“It’s probably the slowest delivery in DHL history, but it will be on time!” added Ron reassuringly.

Yes, 230+ days to deliver a package from London to Tokyo represents a stark contrast to our overnight international express services, but the Race to Rugby World Cup 2019™ is a historic delivery that embodies both our long-term commitment to the sport of rugby and our vision of connecting people and improving lives. 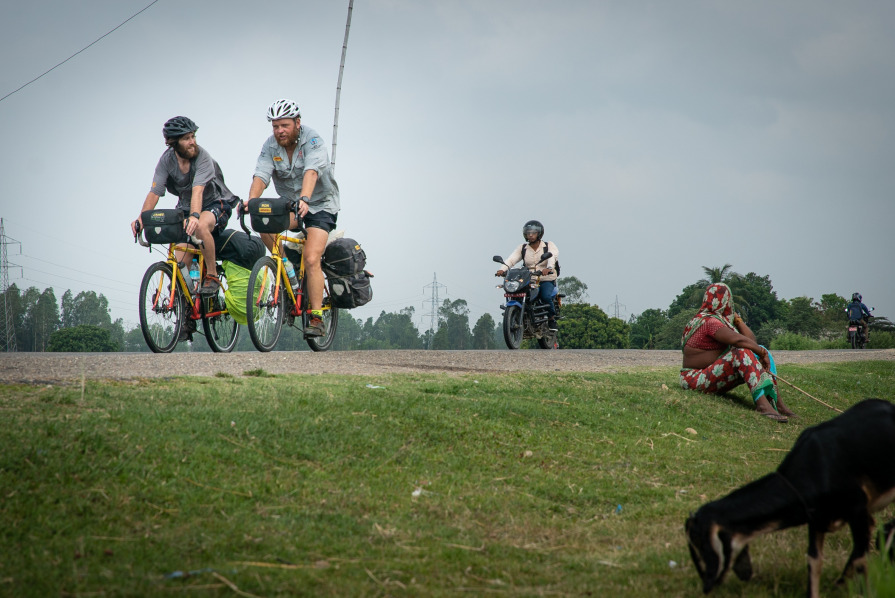 So why did they do it?

Ron and James have pedaled some 20,000 kilometers across Europe and Asia to promote the sport of rugby and, more importantly, to raise money and awareness for ChildFund Pass It Back, the official charity of Rugby World Cup 2019™.

“When I first heard about Race to Rugby World Cup it was just too good an opportunity to pass up.”

ChildFund Pass It Back is an innovative program led by ChildFund in partnership with World Rugby, Asia Rugby and Women Win. Based on utilizing sport for development, it delivers an integrated life skills and rugby curriculum for children and young people in disadvantaged communities across Asia. The program uses tag rugby to teach children and young people a range of valuable life skills, which equips them to overcome challenges, inspire positive social change and “pass it back” to their communities.

James works at ChildFund Pass It Back and he’s passionate about using sport as a tool for social change. A big fan of adventure (and the unknown), the lure of a challenge and the potential to explore and experience new countries and cultures made the chance to join Ron’s Race to RWC 2019 too much to resist. 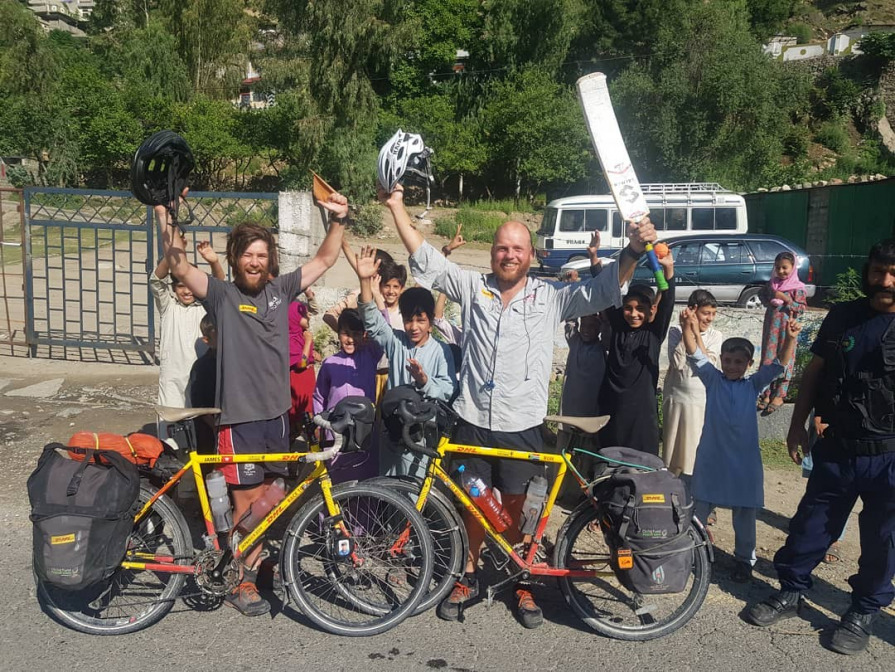 “When I first heard about Race to Rugby World Cup it was just too good an opportunity to pass up,” said James.

“ChildFund Pass It Back builds resilience in disadvantaged children and youth,” said James. “It equips youth with skills to overcome challenges in their life, inspire positive social change and pass it back to their communities.”

“It equips youth with skills to overcome challenges in their life, inspire positive social change and pass it back to their communities.”

The program is running in Laos, Vietnam and the Philippines. With global recognition as a best practice sport for development program, ChildFund Pass it Back hopes to expand the program across Asia and beyond, so that more young people can benefit. 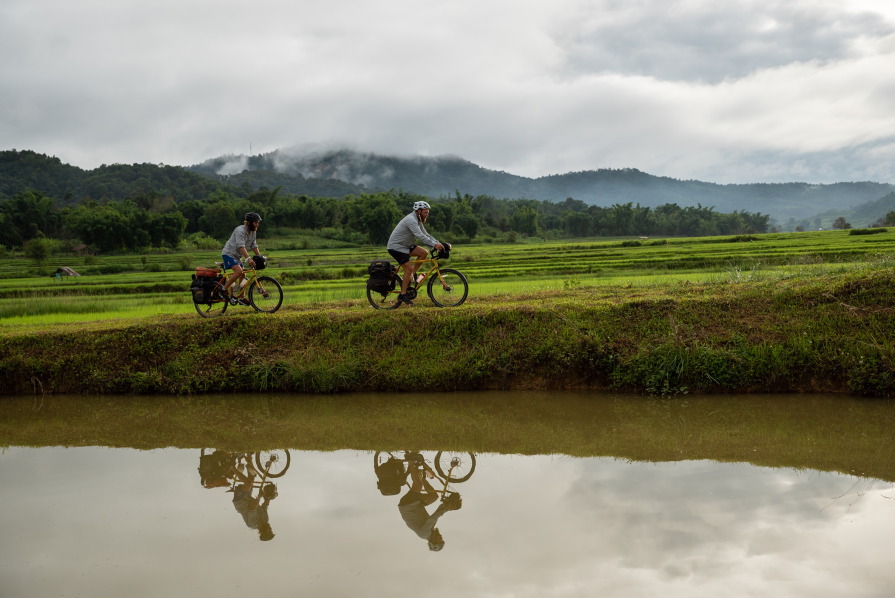 “This has been a different way for me to contribute to ChildFund Pass It Back,” said James.

And contribute Ron and James did. The duo has raised over €75,000 to date for the program.

“It’s hard to put into words.”

The South African is no stranger to adventure and adversity. The former rugby player and entrepreneur has embarked on not one but two extreme expeditions in his life – a world-first unsupported solo bicycle journey through the entire continent of Africa followed by world-record-breaking hole of golf across the immense, untouched landscapes of Mongolia. 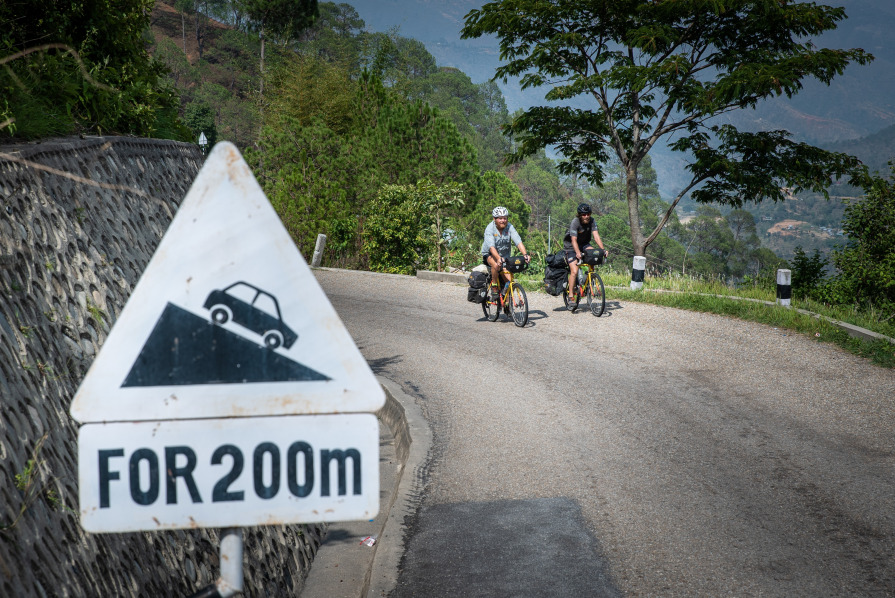 For some, that sounds crazy. For others, like James, it sounded like the perfect fit. If you knew James, you wouldn’t be too surprised.

“My parents have been telling me since I was little: ‘Do one thing every day that scares you.’ And cycling to Tokyo is absolutely terrifying, so I thought why not!”

“My parents have been telling me since I was little: ‘Do one thing every day that scares you.’”

What might surprise you is the fact that before October 2018 James hadn’t even been on a bike in years. 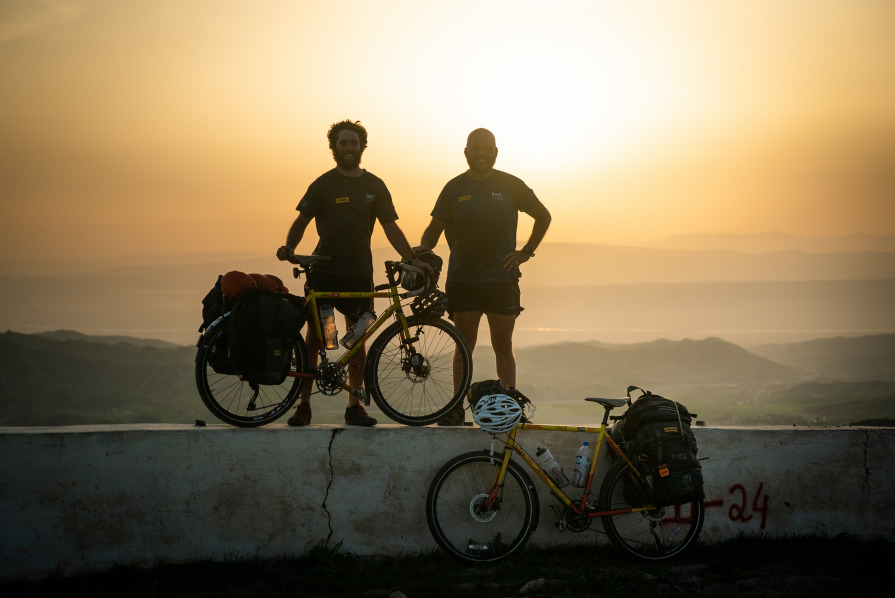 Ron and James have already reached Japan, arriving by ferry from Shanghai on September 12. Right now only about 200 kilometers separate them from the end of their #EpicJourney.

On September 19, they’ll arrive at Tokyo Stadium to hand over the whistle just in time for the opening match of Rugby World Cup 2019™ between Japan and Russia the following evening.

Nigel Owens, who has the honor of refereeing the opening match, will be on hand to accept delivery from Ron and James. DHL Ambassadors Sir John Kirwan and Shotaro Onishi will be there as well. South African media personality Dan Nicholl will host a short ceremony.

Join Us and Celebrate an Epic Journey!

DHL and ChildFund Pass It Back invite you to join us in welcoming our Race to RWC duo into Tokyo to celebrate the completion of their EPIC journey.

Go here to learn more and purchase your ticket!

The Race to RWC is not quite over, so stay tuned for more here on DHL InMotion. And please support Ron and James and ChildFund Pass It Back by making a donation.