With Rugby World Cup 2019™ about to kick off, DHL is all set to deliver.

Lineouts and mauls. Linebreaks and rucks. Tackles and scrums. Watch a rugby match and you’ll see a lot of moving parts. To the untrained eye it looks chaotic and confusing. But where outsiders see chaos, rugby fans see choreography. And what might seem confusing to the sport’s newcomers is absolutely clear to veterans of the game.

Delivering World Rugby’s pinnacle event is no different. We should know. As Official Logistics Partner of Rugby World Cups in 2011, 2015 and now 2019, we’re certainly not new to the game. We’ve moved everything from bulky scrum machines to tiny training cones – a vast array in all shapes and sizes.

So what does DHL do?

We are providing a comprehensive range of logistics services before, during and after the six-week tournament, including handling the teams’ equipment and international ticket distribution. Transporting the equipment for each of the 20 teams is a job that can be divided into two tasks: the international moves, which involve delivering each team’s kit – which average some four tons – from their home country to Japan; and the domestic moves, which include moving all of the team’s equipment in and around the various venues and team bases. We’re talking about bottles and balls, hit shields and tackle bags, scrum machines and ice baths – and much more that all have to be moved across the team base locations, often overnight. 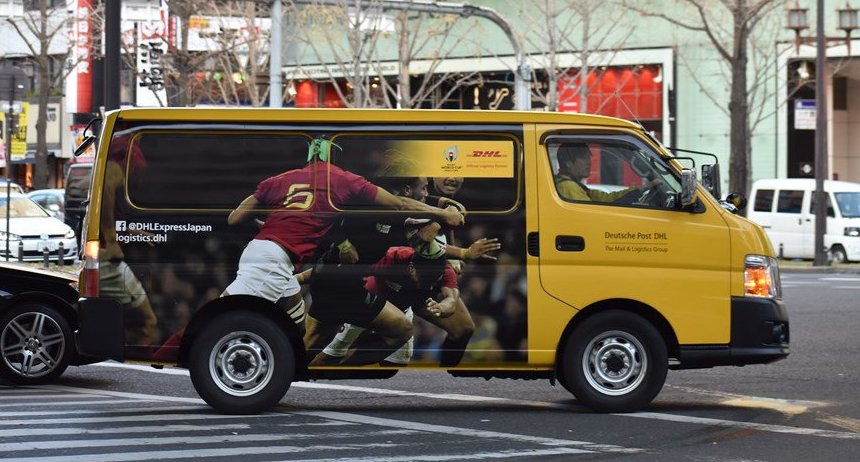 The cargo is critical. Without it, the teams can’t train and prep for each match.

We’re also providing each team with a kit van for the duration of the tournament, enabling them to shuttle smaller items to each venue and training location.

Without [their equipment], the teams can’t train and prep for each match. 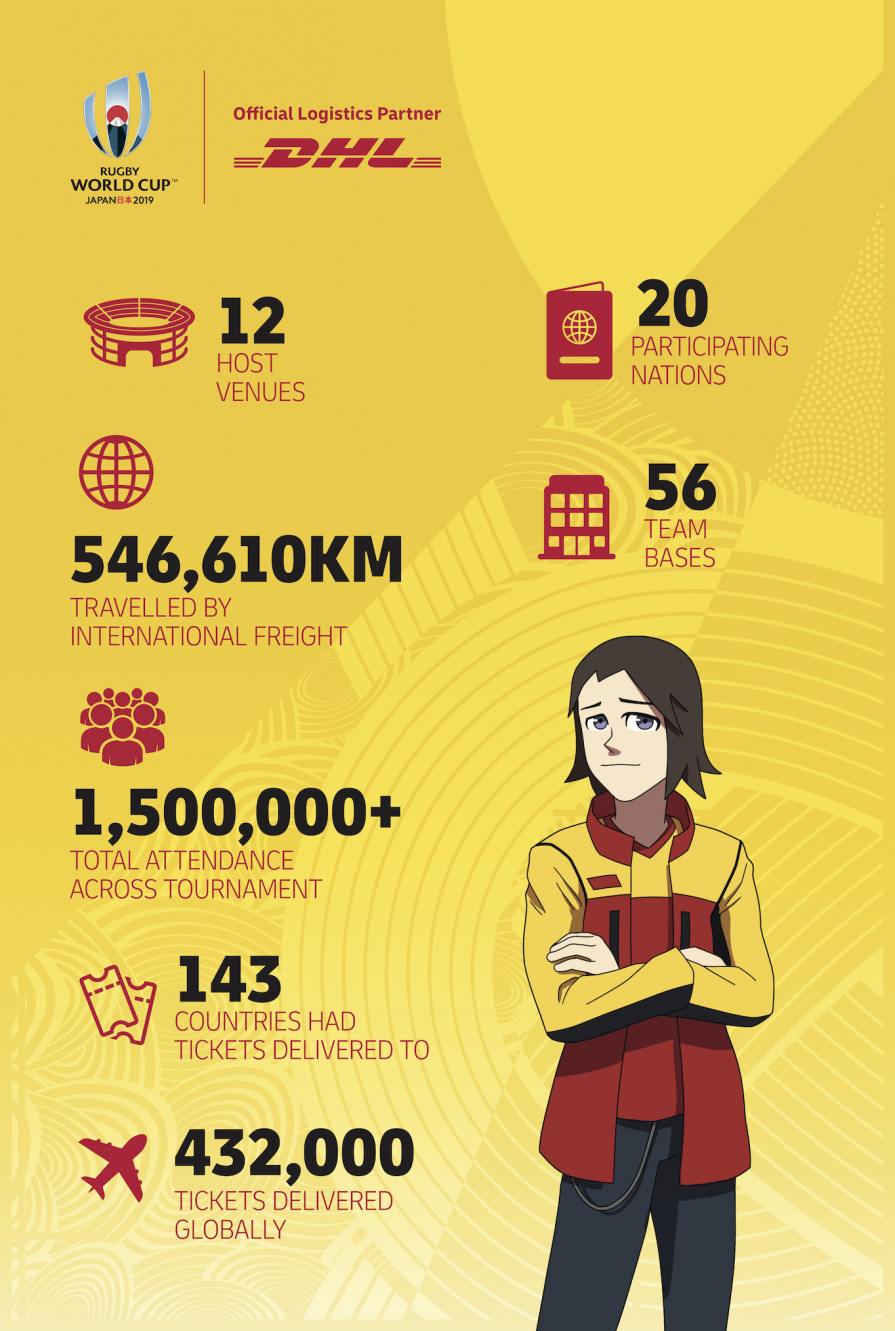 Epic logistics for an epic game

At Rugby World Cup 2019™, 20 teams, 56 team bases, and 12 stadiums will add up to nearly 200 team moves during the tournament. Before and after, some 67,000 kilograms of team equipment will travel over a half million kilometers to and from Japan. And let’s not forget the 430,000+ tickets already delivered to fans in more than 140 countries, without which the best rugby players in the world would be performing in front of empty stands.

The behind-the-scenes logistics is constantly in motion and takes the coordinated effort of a team of experts to execute. In fact, DHL’s team of international logistics specialists has been working for nearly two years to prepare and plan the logistics behind the RWC 2019™. By harnessing our global network capabilities and working behind-the-scenes throughout the tournament, our goal is to deliver epic logistics off the pitch so that the players can focus on bringing their epic game to the pitch. We want to help fill this historic first-ever Rugby World Cup in Asia with #RWCEpicMoments – whether fans are watching from the stands or across the globe.

The challenges of making such an #EpicDelivery are certainly not foreign to us. In addition to handling logistics at RWC 2011 and RWC 2015, we are also behind the scenes at many major international sporting events, including the HSBC World Rugby Sevens Series, Formula 1®, and Formula E™. 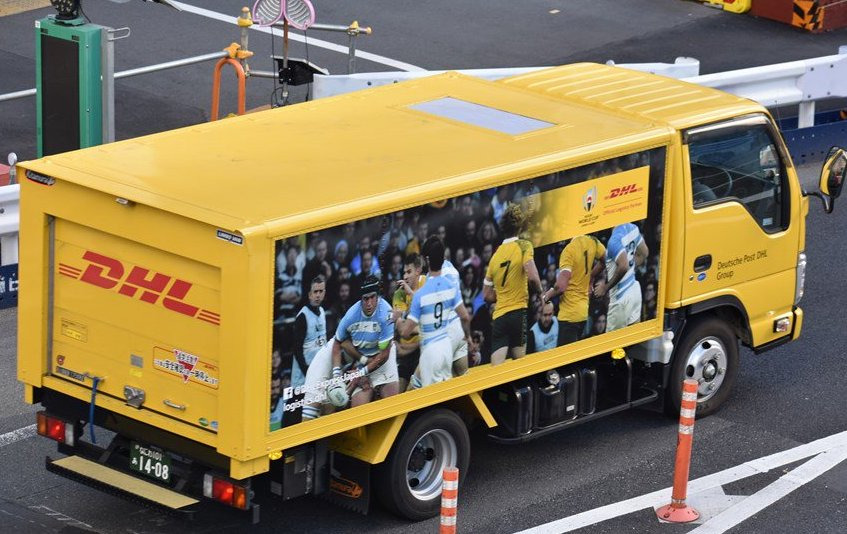 The biggest challenge is to gear up to expect the unexpected. Despite the meticulous planning and detail, the reality is that the project evolves in real time. We have to plan, but we also know that we will have to adapt to changing circumstances. Meticulous planning is the name of the game, which is why we continued to build on past learnings and went to work early to profile the material we would be transporting.

It’s extremely important to know the weights, dimensions, and any nuances that might be easily overlooked. For example, how big are the scrum machines and how exactly will they get from the loading dock to the training pitch? We’ve visited the venues and even pulled out the measuring tape to ensure those deliveries go off without a hitch.

Rugby World Cup is one of the largest sporting events in the world – an epic tournament that presents an epic challenge. Rest assured that the world’s leading logistics company is all set for an #EpicDelivery.