WATCH: The latest highlights from the RUGBY. DELIVERED. tour, where one ball continues to deliver a chance for families, friends, mates and more to really enjoy their rugby.

From Brisbane, Australia, to Caracas, Venezuela, to Rotterdam, Netherlands, to Port Talbot, Wales, this past month has seen the RUGBY. DELIVERED. tour literally travel from one end of the globe to the other. Our match hosts agree that the tour is giving them the chance to come together and play the game they love – to enjoy the life they love. Here are some highlights.

Our match host in Brisbane, Jamie, saw RUGBY. DELIVERED. as an opportunity to have some fun in the sun with friends and family. 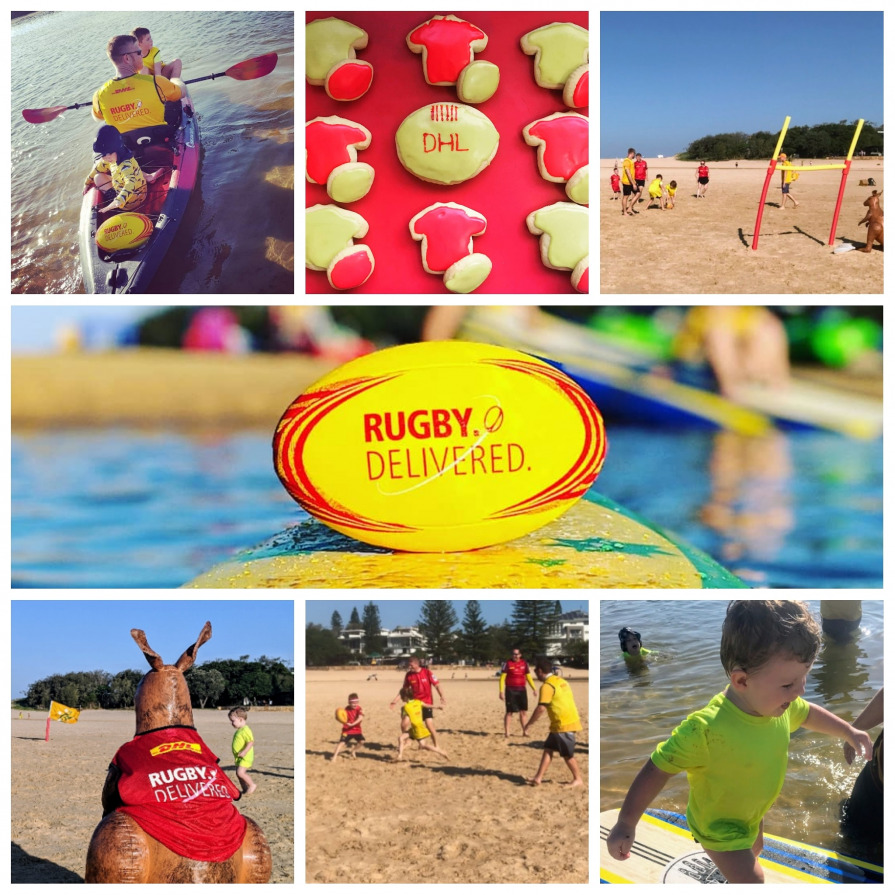 “We’d love to celebrate everything that’s great about living in Australia and get excited about the Rugby World Cup by playing a friendly game of tag rugby on the beach at Currimundi on Queensland’s beautiful Sunshine Coast!” he wrote.

“Each team will need to field at least two children at all times, unless they get tired or go swimming.”

Obviously a planner, Jamie had a very particular game in mind, making the most of an idyllic setting and ensuring everyone got to play.

“We’ll deliver the match ball to our beach pitch via a relay of kayaks, stand up paddle boards and surfboards and play two 15 minute halves of six per side tag rugby with each team having two reserves. It will be an all-ages match played with 10 adults (5 male, 5 female) and 6 children (3 boys, 3 girls).

It seems he thought of everything.

“Each team will need to field at least two children at all times,” he added. “Unless they get tired or go swimming. After the match we’ll cool off with a swim and have a beachside BBQ. Then head home to watch the night’s super rugby action between Queensland and New South Wales.”

Well, everything went according to plan – and, as you can see, the weather played along, too.

“It’s been a great day,” said Jamie. “Had a lot of fun, and really enjoyed our rugby.” Across the Pacific, Oliver had a plan as well, and RUGBY. DELIVERED. was going to help him realize it.

We certainly couldn’t pass up this opportunity to help Oliver deliver women’s rugby 15s back to his country for the first time in a decade.

“Rugby is much more than just a sport, it’s a way of life.”

“DHL has given us this chance,” he added.

What about the chance to attend Rugby World Cup 2019TM in Japan?

“It would be a chance to witness what is to me, the greatest single sport event in the world,” he said. “And I would have the chance to experience what a tournament like that is and bring all that experience back home to make our events a lot better and closer to international quality.”

“Rugby is much more than just a sport,” he added. “It’s a way of life. By bringing rugby to the community, it gives us the opportunity to demonstrate this way of life.” 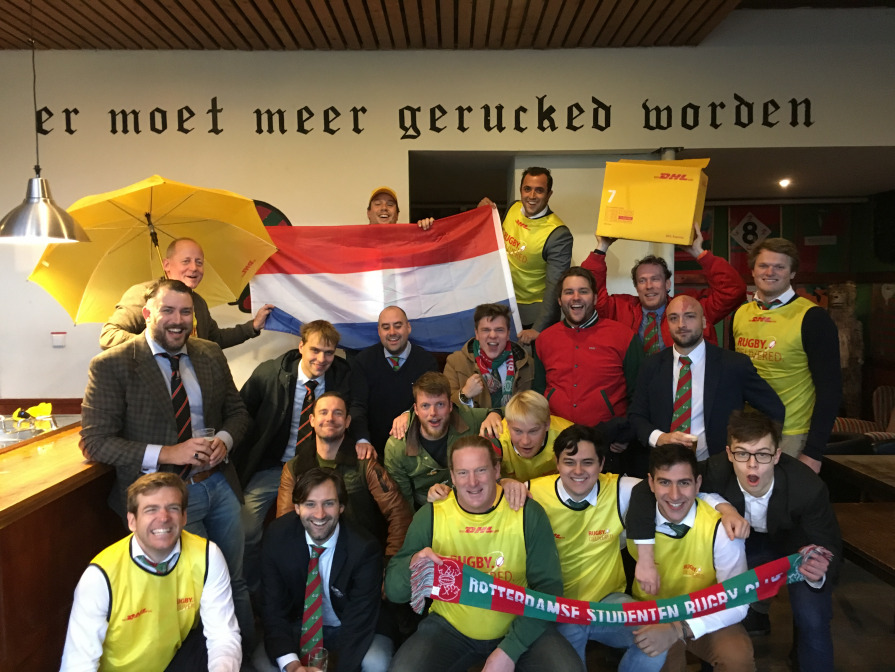 On the other side of the globe, Pieter is part of a passionate rugby community in Rotterdam. By hosting a RUGBY.DELIVERED. match, he wanted to give his teammates the opportunity to celebrate what they have built together.

“The sport has given us relationships that will last a lifetime with people that we would never have known without this beautiful sport,” he says. “Rugby delivers us friends for life!”

“Rugby delivers us friends for life!”

The comradery in his rugby club and their love of the sport is plain to see. Pieter only had to say the word and his club put on a remarkable event.

“I asked my mates to come today and play this game and look what they delivered!”

Now Pieter and his friends have a chance for the ultimate experience – a trip to Rugby World Cup 2019TM in Japan.

“The opportunity to organize a trip to Japan, possibly play a game in Japan and watch a world cup match would be the apex in our rugby lives!” 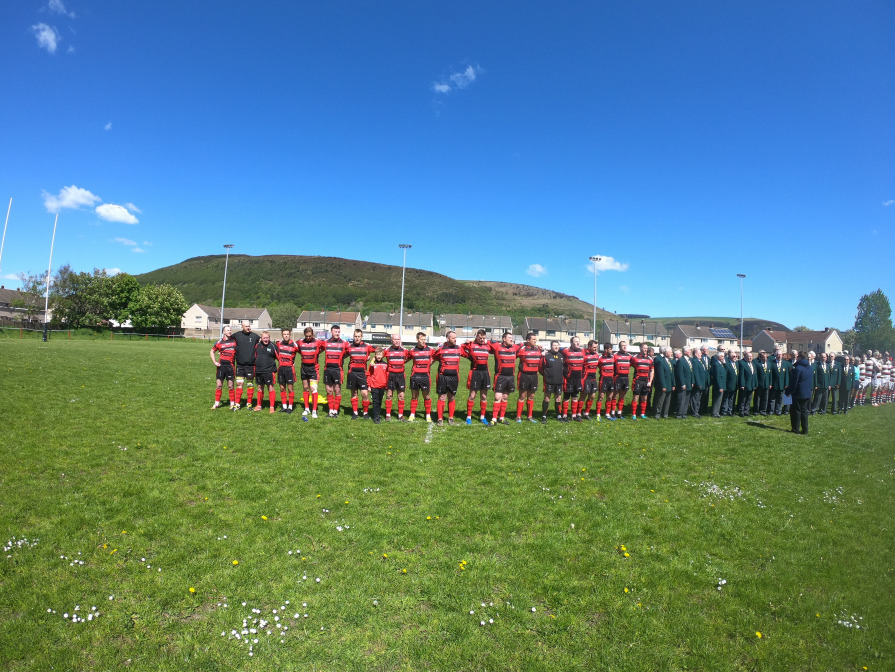 In Wales, rugby is more than a national sport. Much more, says Stuart, our match host in Port Talbot.

“It is the belief that we can be better human beings, it is a mindset, a way of life.”

And he saw the RUGBY. DELIVERED. as just the way to showcase his country, his teammates and his passion to the world.

“For RUGBY. DELIVERED. and DHL to give us this opportunity to show the world what rugby means to us – and the opportunity to go to Japan and represent our country…well, it’s the stuff of dreams, isn’t it?”

Registration is closed, but you can relive the highlights of the biggest rugby tour on the planet right here on DHL InMotion. And stay tuned on Twitter and Facebook! We’ll soon be announcing the winners of the DHL RUGBY. DELIVERED.