What a phenomenal HSBC World Rugby Sevens Series this is turning out to be! New records. Powerful play. Dazzling displays.

The All Black Sevens won their first title in Hamilton – their tenth at home – extending their record as the most successful team on home soil in the history of the series. It was also their 60th title in series history and the second of the season after victory in Cape Town last month. 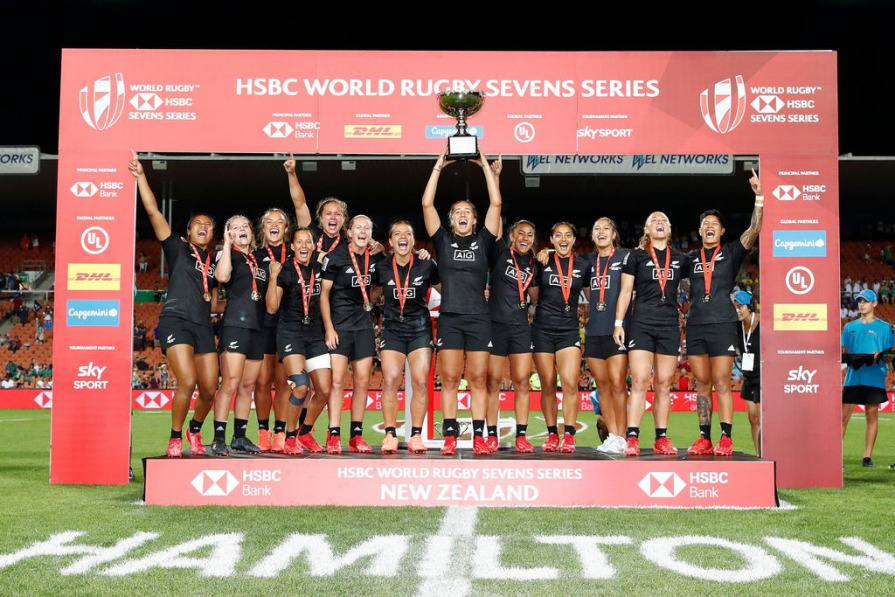 The Black Ferns Sevens made some history of their own, taking the inaugural HSBC New Zealand Sevens crown and winning their third title in a row in the 2020 series. 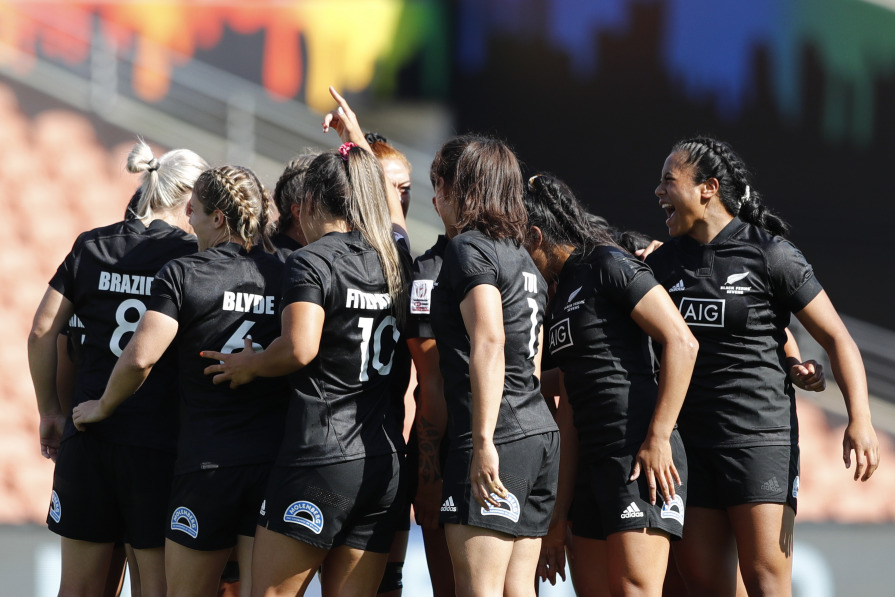 Both New Zealand teams extended their leads at the top of the HSBC World Rugby Sevens Series standings, with the Black Ferns at 76 points, 12 ahead of Australia, and the All Blacks at 63 points, 15 clear of South Africa. 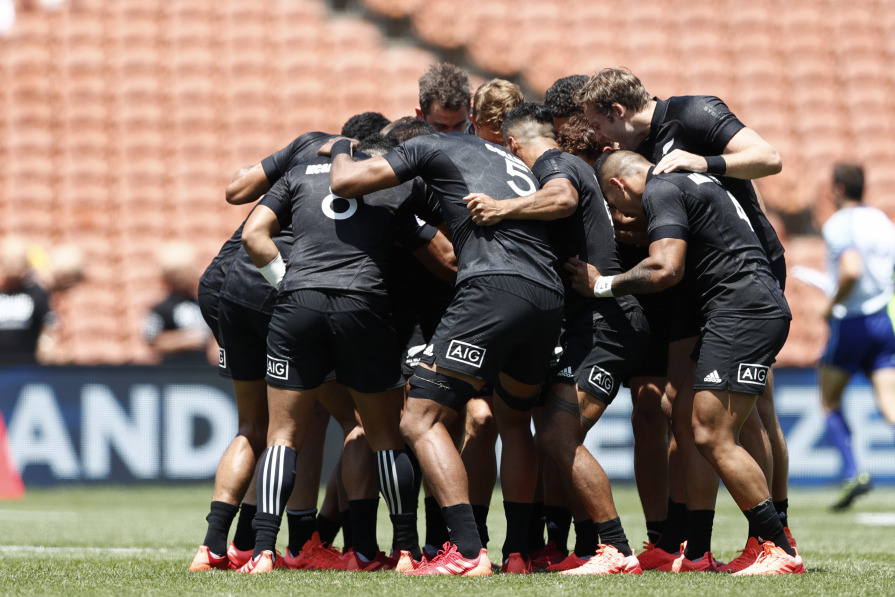 Blyde: Too tough to stop

New Zealand’s Michaela Blyde was in a league of her own, putting on a powerful performance that was pure pleasure to watch. Commentator Danielle “Nolli” Waterman sounded at times as if she was at the edge of her seat.

“Oh, look at the angle on Blyde,” said Nolli at one point. “Absolutely powered on to that ball.”

Blyde personified the energy and enthusiasm of the home crowd, and she gave thanks by putting up stats only few players can ever dream of. By the end of the tournament she had racked up 59 points from seven tackles, nine breaks, two offloads and 21 carries.

Her nine breaks – awarded three points apiece – made the difference and demonstrated how explosive and powerful she is. The impact was unmistakable.

“Blyde doesn’t need an invitation to the try line,” said commentator Karl Tenana. “She knows how to get there.”

“Blyde doesn’t need an invitation to the try line. She knows how to get there.”

“Too tough to stop,” added Nolli. “Just some individual excellence.”

Right behind Blyde was teammate and “smiling assassin” Stacey Fluhler with 57 points off of three tackles, seven breaks, seven offloads and 19 carries – who, like Blyde, was feeding off the crowd.

“We know we’ll only get one opportunity to play here at home this season, so we really wanted to make our fans, our friends and our family proud and I think we did exactly that,“ said Fluhler after the final.

That performance kept Fluhler at the top of the overall DHL Impact Player Table with a total of 220 points. Australia’s Emma Tonegato is right on her heels at 199 points, while USA’s Alev Kelter sits in third place with 184 points.

On the men’s side it was a rather low scoring affair, with England’s Will Edwards and Australia’s Josh Turner (JT) tying at the top with 40 points apiece. Both performances obviously made an impact as the two teams met in the bronze final, with Australia taking third place (on Australia Day no less!) in one of the tournament’s most exciting matches.

JT certainly shined as Australia’s latest debutant – and that on both sides of the ball.

JT certainly shined as Australia’s latest debutant – and that on both sides of the ball, making eight tackles while breaking the line five times, carrying 11 and offloading three. Edwards – a regular fixture on England’s senior squad since 2017 – matched JT’s breaks and offloads. Six tackles and 13 carries left England’s playmaker tied with Turner.

Players are awarded 2 points for offloads, 1 for tackles, 3 for line breaks and 1 for carries, with the totals tracked on the DHL Impact Player Table. 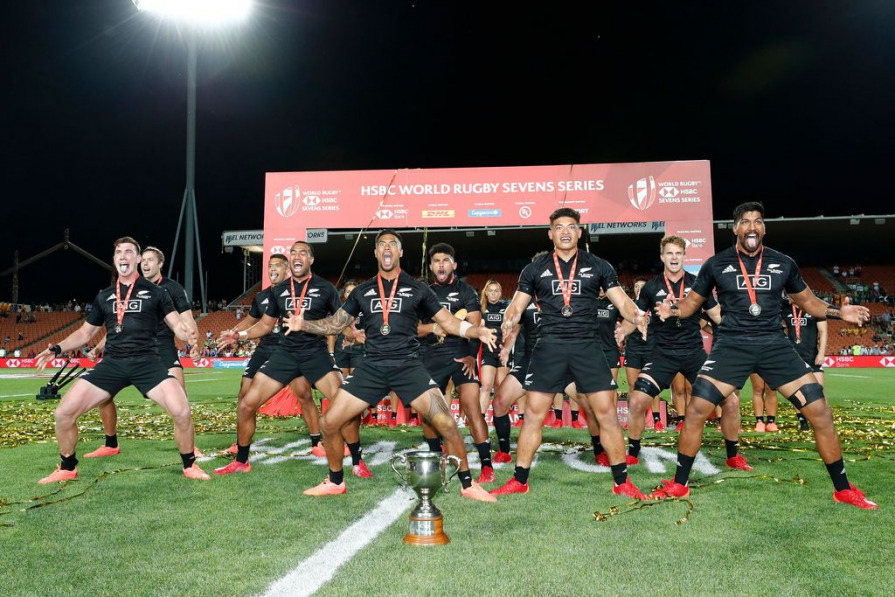 Coming off multiple wins – two in a row for the All Blacks and three in a row for the Black Ferns, we know which squads are the team to beat as we cross the Tasman Sea to Sydney this weekend for the HSBC Sydney Sevens. The Australian round of the HSBC World Rugby Sevens Series 2020 will be hosted at Bankwest Stadium for the first time with the very best of rugby sevens on show. The Hamilton and Sydney events are the first tournaments to be played across a new and exciting two-day format, which was introduced for these particular events after it was announced last year that Hamilton would become a combined men’s and women’s tournament for the first time in the history of the HSBC New Zealand Sevens. The pools and schedule indicate some intriguing matchups await us this weekend. Don’t miss it!