In Indonesia, our UNITED. DELIVERED. match host beamed with pride at the opportunity to represent her beloved Manchester United.

Lina face lights up, she raises her hands in the air and looks right at the camera.

“It’s like I’m a representative for Manchester United in Indonesia,” she says. “I really feel like that!”

The question: What does it feel like to be a Manchester United fan in Indonesia?

Lina is literally beaming as she takes questions before her UNITED. DELIVERED. match. While her friends warm up in the background, she’s eager to tell us what Manchester United means to her.

My team
“My friends and I have always been huge fans of Manchester United,” Lina wrote in her entry. “So, it would be a great honor for us to host a UNITED. DELIVERED. match.”

Her rather modest entry was compelling, but it didn’t prepare us for the passionate fan and player we met in Jakarta. Despite the distance, she is a Red Devil through and through.

“I watch all the games – every single one.”

“Manchester is like my own team,” she says. “I’ve been a fan for more than 20 years – when Beckham and Yorke still played.”

How does she stay connected to her team from so far away?

“I watch all the games – every single one,” she says. “No matter what time, I always make time to watch.” 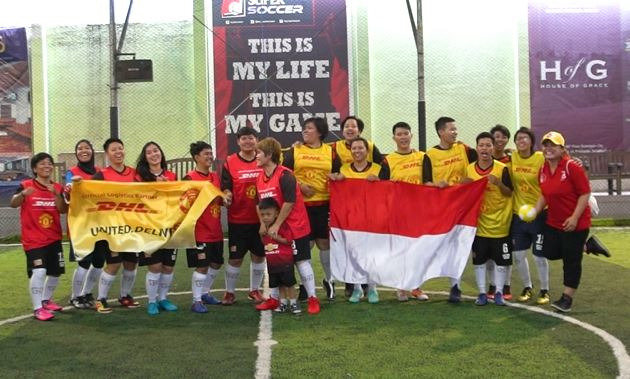 My community
Lina also makes time for her community. In a country where girls aren’t encouraged to be athletes, she started a women’s sports community in 2011. Soccer is one of the sports she organizes.

“We’re going to use this kit for as long as possible,” she adds. “Perhaps forever!” 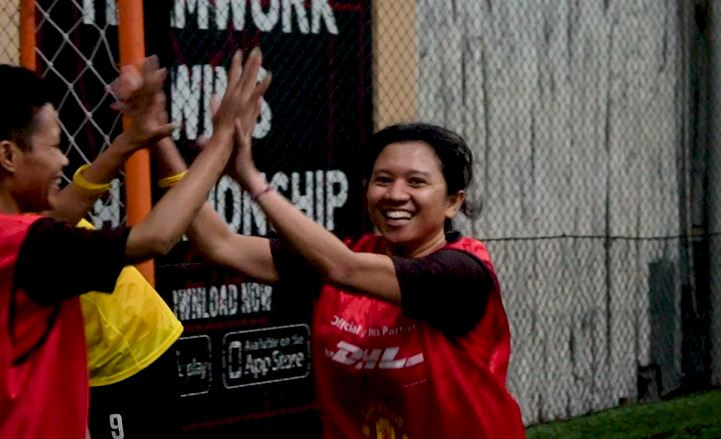 My girls
Lina lights up even brighter when you mention Manchester United’s new women’s team, which debuted in 2018.

Apparently, she watches all the women’s games, too. Who’s her favorite player?

“Lauren James,” she says straightaway with a look that says: isn’t the 16-year-old start everyone’s favorite?

“Parents don’t encourage girls to be athletes here, but I think that’s going to change.”

Lina hopes that girls’ soccer will catch on around the world, including Indonesia.

“Parents don’t encourage girls to be athletes here,” she says. “But I think that’s going to change.”

“Manchester United has always been my favorite team,” she says.

What does she think about a trip to Old Trafford?

“It would be a dream come true,” she says.

Now Lina has a chance to have that dream come true. All UNITED. DELIVERED. match hosts are entered into a drawing to win the trip of lifetime with Manchester United’s Official Logistics Partner, DHL.

The UNITED. DELIVERED. Global Football Tour has come to an end – relieve all the action and find out who wins the trip to Old Trafford right here