Our UNITED. DELIVERED. match host in Trinidad and Tobago has followed Manchester United from across the Atlantic for 50 years. A trip to Old Trafford is still on his bucket list.

“I’ve been a Manchester United supporter for over 50 years,” says Brian Cabral. That’s the first thing he tells us when we meet him on the pitch at the International School of Port of Spain in Trinidad and Tobago. His pride is palpable, and not only because he’s standing head to toe in Manchester United gear – red cap, collared jersey, black shorts and white socks.

An understatement
When he registered for his chance to host a UNITED. DELIVERED. match, he wrote, “there are a number of players on the side that are huge Manchester United supporters and it would be nice to have a game with supporters of other sides.”

We quickly found out that there was much more to it than that.

“I’ve followed them through thick and thin,” he tells.

That’s about the understatement of the last half century, we think.

“We watch every game.”

He goes on: “Words can’t describe how it feels to be a Manchester United supporter.” 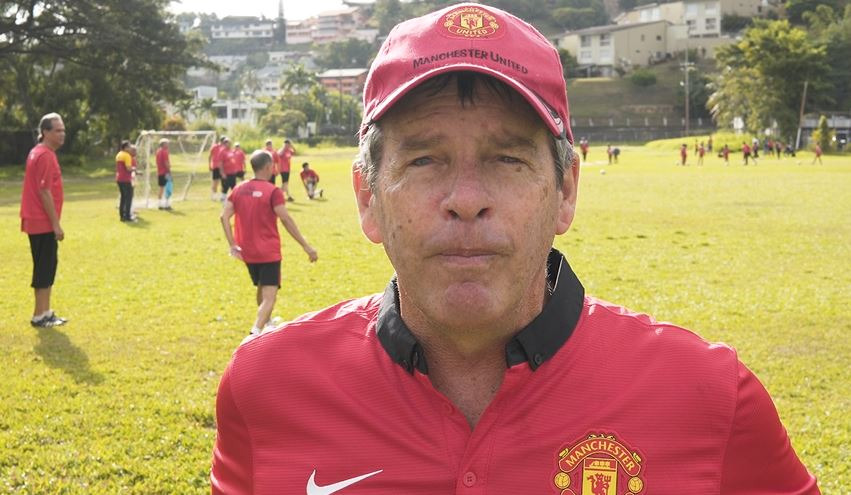 We can only imagine. When he started watching, fans could only dream of the success the Club has enjoyed over the past few decades.

“Being a United supporter in Trinidad and Tobago is not easy,” he adds. “Dwight York helped bring us on the map. All those who were not supporters of Manchester United before, switched! And I don’t think they’ve ever gone back.”

“All those who were not supporters of Manchester United before, switched!”

He pauses, smiles, looks off in the distance. “Manchester United’s colors – red, white, and black – are Trinidad and Tobago’s colors.”

A community
Before we arrived, we had heard there was an army of Red Devils fans across this tiny, twin-island country at the southern tip of the Caribbean. Brian confirmed the rumors.

“There’s definitely a Manchester United community in Trinidad and Tobago,” he says. “There are certain places you can go when United plays. There are a number of communities throughout the country that support Manchester United. On the day of a game, there are many places showing the game and Manchester United supporters are there.” 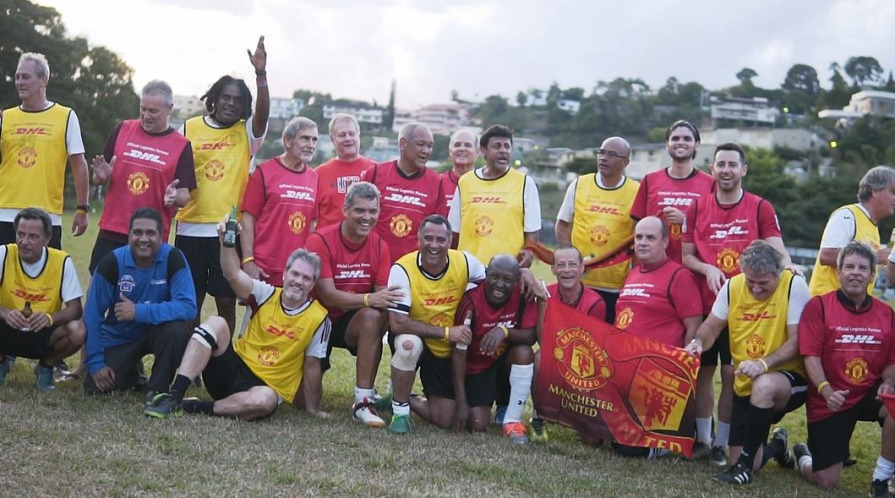 Why, we wonder? That’s when one of Brian’s players pipes up: “Manchester United has been around for so long, with such tremendous success,” he says. “My sons, and his sons – I’m sure we’ll be supporters Manchester United for the next 100 years. They’re just a super team.”

“My sons, and his sons – I’m sure we’ll be supporting Manchester United for the next 100 years.”

“The team is probably the best team that’s ever been around,” says another. “I’ve been a supporter since I was a young boy and will probably die a supporter of Manchester United.”

A trip to Old Trafford?
We ask Brian what it would mean to win the trip of a lifetime – the grand prize he now has a chance to win.

“Major item on my bucket list,” he answers without hesitation. “It’s always been this major thing.”

A pattern
You only have to follow the largest fan football tour in the world for a short while before you begin to see a pattern. From country to country, the support is the same. From young to old, through thick and thin, Manchester United fans live and breathe their beloved club. They remain true in good times and in bad. They get up in the middle of the night to watch the matches live, meet fellow fans at the pub to cheer the boys on, or follow live trackers and online chats. They dream of the Theatre of Dreams. Some have made the pilgrimage, others can only fantasize about it. All would jump at the opportunity to be part of the twelfth man.

Now Brian has a chance to fulfill his dream – to visit Old Trafford on a trip of a lifetime with Manchester United’s Official Logistics Partner, DHL. You can have that chance, too. 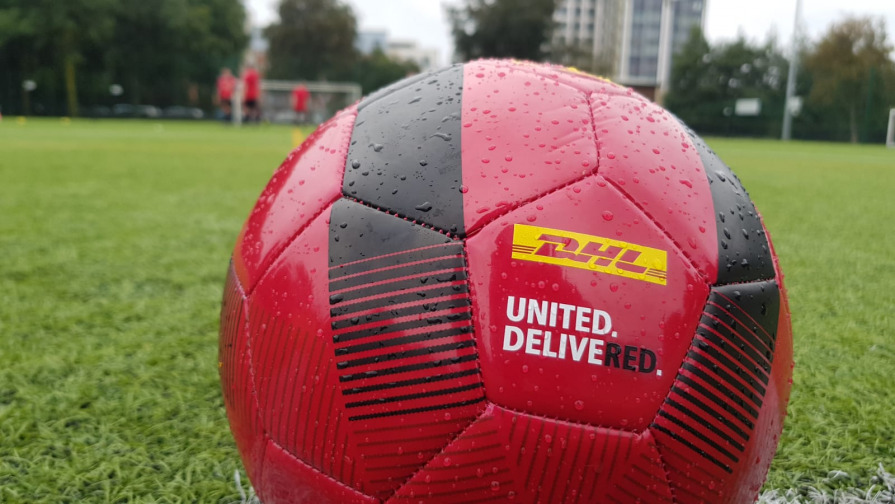 DHL is delivering this ball around the globe so that United fans from all corners
of the world can play together – and we want you to be a part of it!

Register today to host a match with the official UNITED. DELIVERED.
football and have the chance to win a trip to Old Trafford!