Daniel Abt is delighted to have driven a perfect home race and to have won the Berlin ePrix for the first time. DHL showcases various innovations to the spectators thronging the eVillage.

ABB FIA Formula E descended on Berlin for the fourth time – no other major city has hosted the electric racing series more frequently. As official worldwide logistics partner, DHL transported some 450 tonnes of freight to the German capital, roughly equivalent to the freight volume of two Boeing 747 aircraft and 25 ocean freight containers. In addition to the 40 race cars, the freight also included batteries, charging units, media and broadcasting equipment, plus supplementary infrastructure and equipment belonging to the teams and Formula E series organizers.

Daniel Abt was the focus of attention among local fans in Berlin, having set himself the goal of winning his home race for the first time. For Abt, the race weekend began on Wednesday when he paid a visit to a DHL delivery depot and took a seat behind the wheel of a StreetScooter. DHL operates 5,500 of these emission-free delivery vehicles, saving 18,000 tonnes of CO2 every year. This represents an important step on the way to the company’s ambitious goal of reducing logistics-related emissions to zero by the year 2050.

But Daniel Abt was not the only person to test-drive a StreetScooter; many of the visitors to the Berlin ePrix also took the opportunity. DHL unveiled various innovations in the eVillage at the Tempelhof Airport, offering visitors the chance to try them out first hand. While a long queue formed in front of the StreetScooter simulator, the DHL EffiBOT, a fully automated robotic trolley, kept those waiting supplied with fresh apples. The Cubicycle, a cargo bike for eco-friendly delivery, as well as the DHL Parcelcopter also enjoyed great popularity among the public.

Daniel Abt’s attention meanwhile shifted to the racetrack where he secured pole position for his home race. The Audi Sport ABT Schaeffler man subsequently converted P1 on the grid into win number two of the campaign ahead of team-mate Lucas di Grassi. “That was probably the most important win of my career so far and an incredible day from beginning to end. Maximum points with pole position, victory and the fastest lap and then on top of this a one-two for Audi – my thanks go to everybody who supported us,” said the local favorite after the race, with a broad smile across his face.

After a perfect week, Abt is now up to fourth in the championship standings behind Jean-Eric Vergne, Sam Bird and Felix Rosenqvist.

From Berlin to Zurich

The Formula E teams and drivers are back in action on 17th June in Switzerland, where the first ever Zurich ePrix will be contested. After that, the electric racing series will have a much longer distance to travel to the next stop on the itinerary – New York which hosts the final two races of the 2017/18 season. With its customary commitment to sustainability, DHL will be transporting all the equipment by sea to the metropolis on the east coast of the USA. 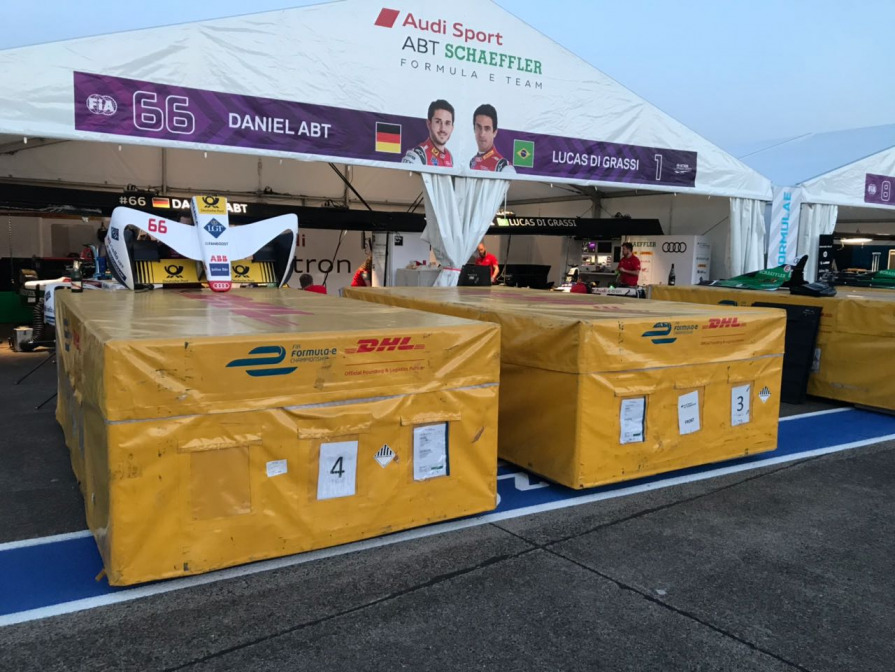