DHL handled the transportation of all the equipment to the city circuit at the Brooklyn Cruise Terminal.

ABB FIA Formula E will be celebrating its season finale in New York City on July 13 and 14, 2019 with a double header, in other words, two races in one weekend. The final races in the all-electric racing series guarantee special excitement because this year's championship will not be decided until the last race weekend. As a founding and global logistics partner, DHL is handling the entire logistics process, as it does for all races. As part of a joint environmental initiative, in the run-up to the race weekend, DHL and Formula E staff also collected plastic waste along the Hudson River, which will later be used to create an art object.

In the fifth season of Formula E, the excitement level remains high right to the end: in purely mathematical terms, eight drivers still have a chance of clinching the title in New York. DHL handled the transportation of all the equipment to the city circuit at the Brooklyn Cruise Terminal, including the racing cars and batteries as well as marketing, technical and hospitality equipment. The setting up of the Brooklyn Street Circuit is already in full swing. "In motorsport, Formula E represents a combination of innovation and technological progress with the goal of delivering top performance - just as we at DHL do in logistics," said John Pearson, CEO of DHL Express. "We are proud of our contribution to ensuring that Formula E, even in its fifth season, continues to provide top-notch excitement and entertainment right up until the last weekend."

For the season finale, the winner of the fan competition "Fifty Moments that Delivered" on the occasion of DHL's fiftieth anniversary was also determined. The winner, a fan from Australia, gets to travel to the season finale in the USA as a fan reporter, sharing his impressions live from the track via DHL's social media channels. 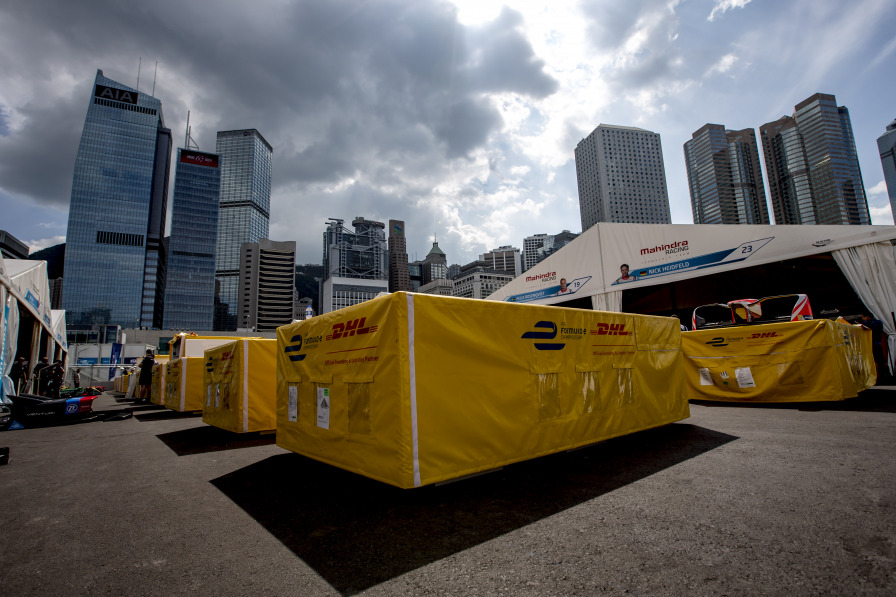 In the run-up to the season finale, an environmental protection initiative was also launched in the area, involving DHL and Formula E employees collecting plastic waste together on the banks of the Hudson River. The local Riverkeeper organization is a partner of the initiative and aims to preserve the Hudson River as an important natural environment and local recreation area. A New York artist will subsequently use the collected waste to create an art object that creatively represents DHL's commitment to contributing to a sustainable future. The work of art will, at a later date, be presented to the public.

"I'm very proud of our employees, who have shown great commitment in volunteering to help clear the Hudson River of waste. This is a way for us to give something back to the people of this city, which has repeatedly hosted Formula E," John Pearson explained. "Moreover, the initiative is not only intended to emphasize the high sustainability factor of Formula E, it is also an example of our aspiration to be a pioneer in the area of green logistics." 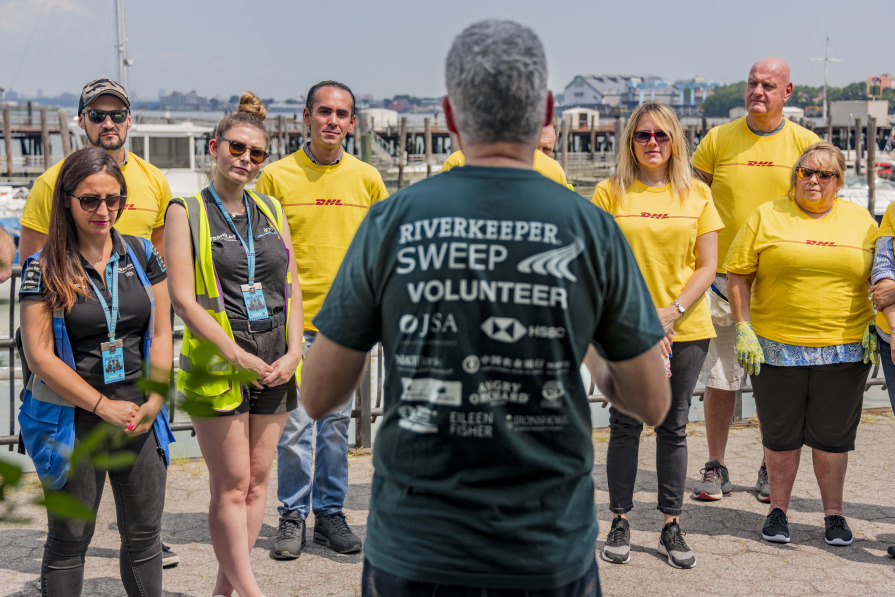 Deutsche Post DHL Group has for many years been taking on responsibility for environmental and climate protection with its Group-wide environmental protection program GoGreen. This also includes the voluntary commitment of employees around the world, who are actively involved in local initiatives, for instance, as part of Global Volunteer Day. With Mission 2050, Deutsche Post DHL Group has also set itself the goal of reducing logistics-related emissions to zero by 2050. Electromobility plays a key role in this strategy.