The winning design for the 2018 DHL Fastest Pit Stop Trophy was produced by Emanuele Nri, who is originally from Italy and now lives in Austria.

The winning design for the 2018 DHL Fastest Pit Stop Trophy was produced by Emanuele Niri, who is originally from Italy and now lives in Austria. As part of a design challenge initiated by the company, DHL asked Formula 1 fans to submit their designs for the DHL Fastest Pit Stop Award winner’s trophy. As Official Logistics Partner to Formula 1, DHL has been presenting this award to the team that has consistently been the best pit stop performer since 2015. At the Abu Dhabi Grand Prix, which is due to take place on November 25, Emanuele Niri, as winner of the design competition, will be presenting the award to the team that has completed the fastest pit stops and produced the best overall team performance over the course of the season.

The design is ambitious and well thought out

The winning design was selected by a high-caliber jury consisting of Ross Brawn, Managing Director, Motorsports Operations F1, Arjan Sissing, Senior Vice President Global Brand Marketing at Deutsche Post DHL Group and Ellie Norman, Director of Marketing and Communications F1. Emanuele Niri’s design impressed the members of the jury the most. “The design is ambitious and well thought out,” was Ellie Norman’s assessment. “With his design, Emanuele Niri has captured not only the significance of the award, but also the values that DHL and Formula 1 stand for: excellent performance, speed, reliability, precision and teamwork,” said Arjan Sissing.

Emanuele Niri’s design is inspired by the tools and components used in Formula 1. Around the base of the trophy, 20 elements are arranged in a circular pattern, symbolizing the team in the pit lane that has to deliver top performance in the shortest possible time. The design is crowned by a rotating element at the top resembling a tire. The winning design will now be realized by a team of specialists with a budget of €10,000 at their disposal. 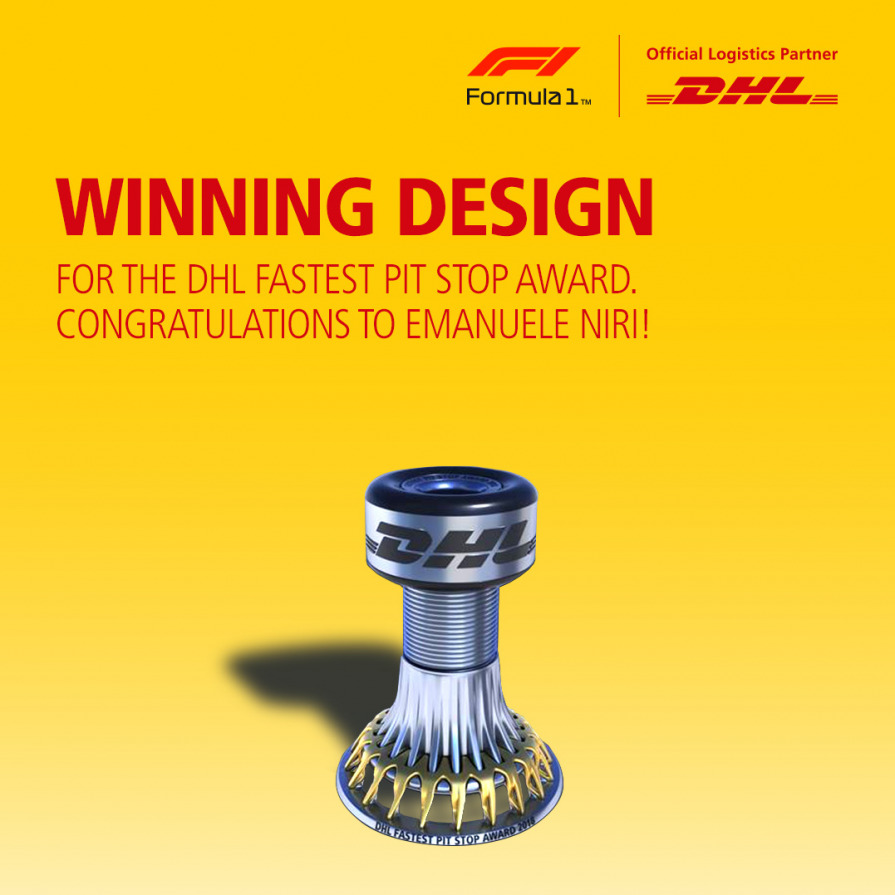