From March through to November, the Formula 1 Championship circles the globe, visiting 21 countries in all, which requires meticulous planning. However, even the most professional planning has its limits and needs short-term contingency measures when faced with extreme weather conditions. The DHL Motorsport team is equipped to deal with all eventualities. Current events surrounding the Mexican Grand Prix demonstrate just how important that is.

While drivers and teams are competing for vital points to win the world championship, Formula 1’s global Logistics Partner DHL runs its own race against the clock, ensuring that equipment needed for the race series is delivered safely and on time to circuits around the world.

Back-to-back races taking place on consecutive weekends, such as USA and Mexico, are particularly time sensitive. Adding to the challenge on this occasion – a hurricane crossing the Caribbean and making landfall in Florida.

The F1 teams have up to five sets of garage and marketing equipment which are used in turn to enable shipment by sea to the various venues for the season’s overseas races. However, due to the severe weather, some of the sets destined for Mexico were held up despite detailed forward planning over many months.

The equipment was scheduled to arrive at the Autodromo Hermanos Rodriguez last Friday, one week before the Mexican GP. The weather and circumstances led to a delay which would have pushed back their arrival to the Thursday before Sunday’s race – too late for set-up, as the equipment is used to build the teams’ garages, which happens well in advance of race weekend so that everything can be ready when the journalists arrive for the media sessions on Thursday.

From Austin to Mexico City by road

DHL reacted quickly and found a solution to this bombshell. The missing equipment was replaced with identical kit from the United States GP in Austin. In order to achieve this, it was loaded directly after the race and traveled by truck to Mexico City. 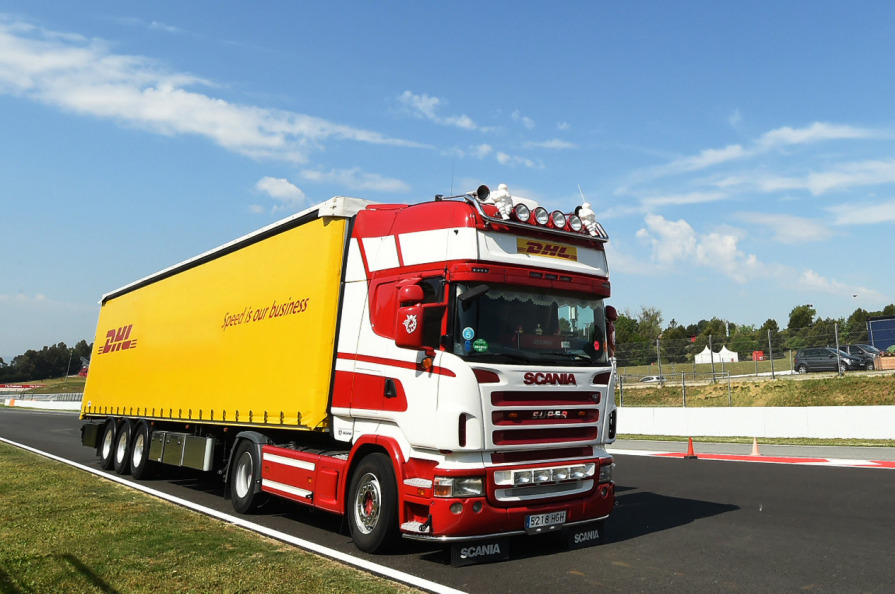 “The trucks left the Circuit of the Americas at midnight after the Grand Prix and arrived in Mexico City on Tuesday afternoon,” said Paul Fowler, Vice President Motorsport & Managing Director UK. DHL is a leading logistics integrator with specific event knowhow and can thus provide alternative logistics solutions quickly, including being able to switch smoothly from air to sea or – as in this case – to road transport.

Everything that takes place is done in close consultation with the teams, who have every confidence in DHL’s years of experience, and all the steps required were taken in the space of just two days despite their enormous complexity. “We are in close contact with the teams,” said Paul Fowler. “We don’t come to them with the problem, but with the solution.”

We are in close contact with the teams. We don’t come to them with the problem, but with the solution.

The fact that for legal reasons, trucks coming from the USA are not allowed to enter Mexico further added to the complexity of this move made at short notice. Cargo had to be transferred at the border from US-registered trucks to trucks with Mexican plates. “The teams’ staff members will arrive at virtually the same time as the freight,” said Paul Fowler.

And so, as you see, the ‘race behind the race’ is almost as exciting as the action-packed spectacle taking place on the track with Lewis Hamilton, Sebastian Vettel and fellow drivers and is what makes racing possible in the first place. “It makes everything we do in our job really interesting,” said Thomas Nieszner, Global Head of Motorsport at DHL.