ALL THE KEY INFORMATION ABOUT THE #DHLCHALLENGE

Some 30 young people with an interest in technology from nine different countries around the world will probably never forget last weekend after taking part in the premiere of #FCBayernHackDays along with DHL. Their task during the #DHLChallenge was to find fresh technological initiatives to further improve the Global Family created by DHL & FC Bayern and to connect even more fans worldwide through innovative and creative ideas.

The term HackDays or Hackathon refers to an event, in which experts from various disciplines work in teams to solve technical, business or design issues. Their task is to develop software, build prototypes and generate ideas.

To that end, the German record soccer championship winners and DHL, plus five other top-class partners, including SAP, Siemens and adidas, invited more than 200 experts, students, entrepreneurs and fans from over 40 countries to Munich.

The world’s most modern stadium could hardly have made a better venue, playing host to some of the smartest minds from a wide range of technologies for the four-day event. 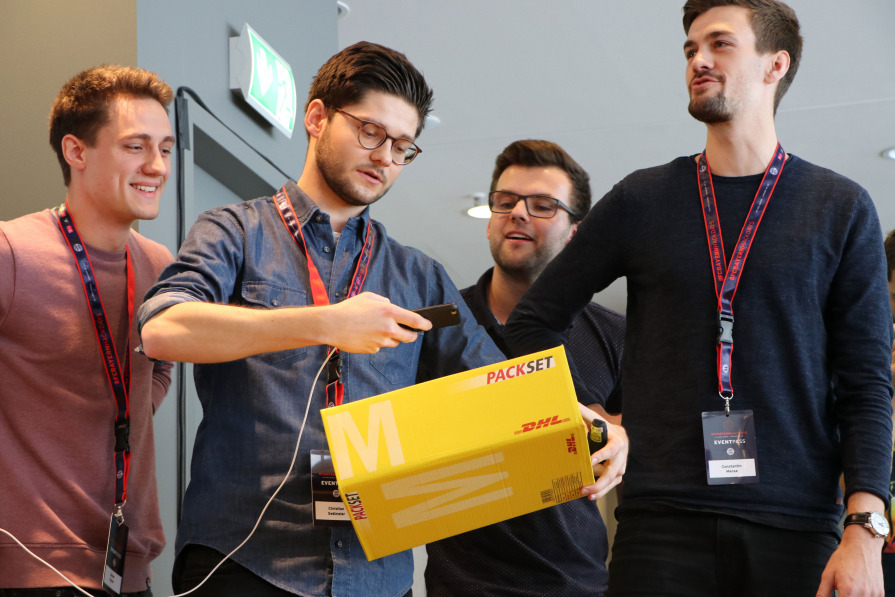 This was, by the way, a home match for DHL, after all, the company has been FC Bayern’s official logistics partner since 2014, and the 30 participants or so in the #DHLChallenge were also made to feel at home in the Allianz Arena, as they too became part of the big DHL family during the four days.

They developed numerous exciting approaches to make the Global Family 2.0 even more exciting. One of the ideas was based on user-generated content, photos and videos that tested fans at regular intervals. The ones that do best earn points via a reward system and can win great prizes which will, of course, be delivered by DHL. The FC Bayern Global Family slogan is, as you may recall, “You Win. We Deliver.”

Another team had the idea of collecting selfies from like-minded fans all over the world in order to see where they live, making it easy to identify FC Bayern hotspots around the globe. Yet another team went even further: You can, if you want, set up your own event and invite fans to watch the FC Bayern match in your living room.

In the case of big matches, a DHL courier could even come along and deliver drinks just as the team was about to kick off. If you haven’t got your own cinema/TV room at home, then you might want to stage your happening in a bar where the game is being shown. In that way, the Global Family becomes a real community of fans in the real world! 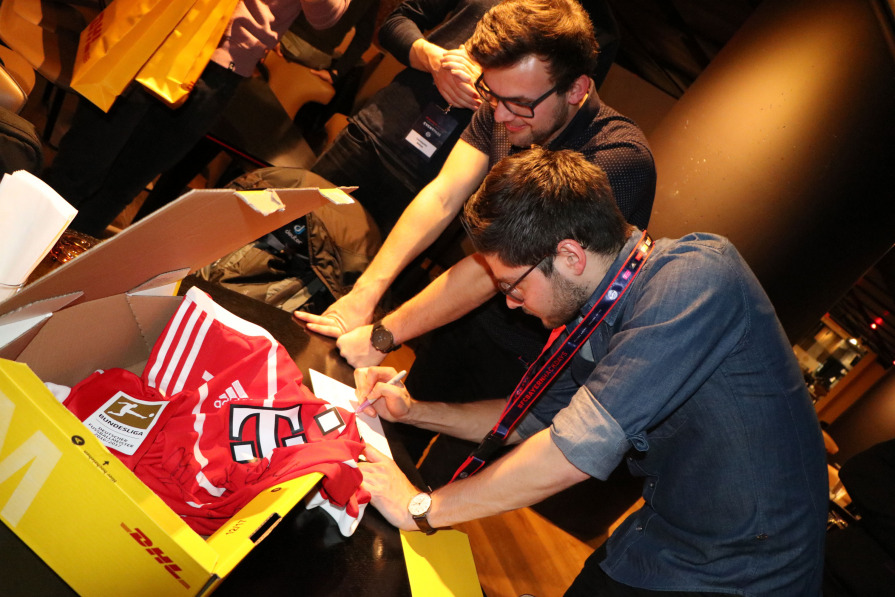 In pursuit of digitization

Digitization is becoming increasingly important in the service sector, as in logistics, but the world’s top football clubs have also identified it as an area for growth in recent years.

After all, football fans and DHL customers have one thing in common, both target groups are turning more and more to their smartphones, laptops, tablets and wearables in everyday life, whether to place an order online or follow breaking news about their favorite club.

Consequently, through innovative services, digitization can create new areas for growth in e-commerce and other business opportunities that would not be possible but for these technologies.

The cooperation between DHL and FC Bayern also provides a practical example. As an international partner for logistics and complete e-commerce solutions, DHL eCommerce provides back-up to the club in the design and operation of its online fan shop in China.

The Hack Days were of enormous strategic importance for FC Bayern, and CEO Karl-Heinz Rummenigge was keen to set the tone for everyone taking part in his opening speech on Friday.

“Digitization will play a key role for our club in activities off the pitch in 2018,” said the former world-class striker. “The Hack Days mark the start of our efforts to beef up what we can offer in this area in order to achieve our goal of becoming the gold standard worldwide for digitizing a football club.” 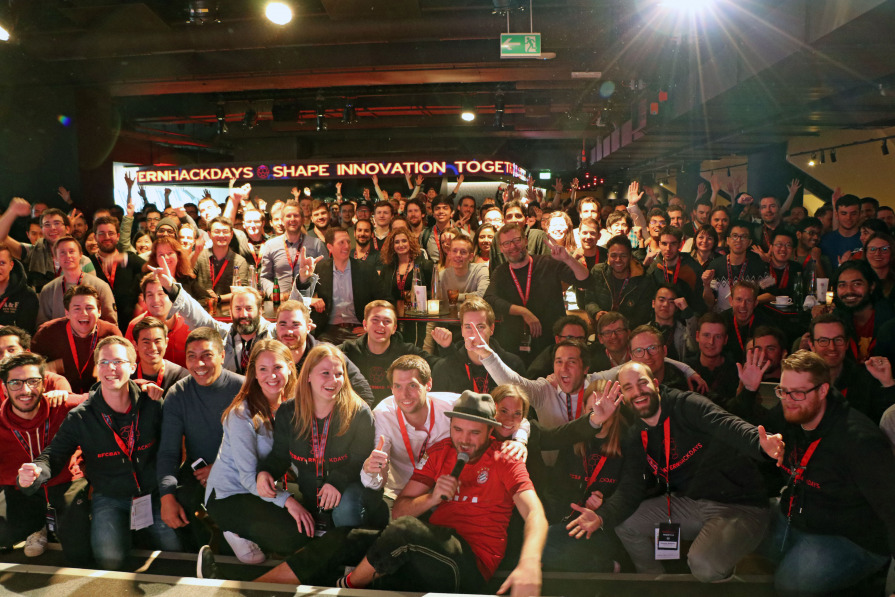 Digital innovation in the here and now

Buzz words such as digitization, social media and virtual reality are part and parcel of everyday life in lots of places nowadays. However, special workshops and lectures given by experts made these key ideas even more accessible to all participants, setting out important details that proved helpful as they went about their tasks.

We can confirm from our own experience that topics such as “virtual or augmented reality” are not just simple theory. For example, what we call “Smart Glasses” are already being tested in warehouses in DHL’s supply chain. These are data glasses that help employees to pick products more efficiently.

The so-called Internet of Things, which is a global infrastructure of information technology companies, is already being tested at DHL warehouse sites in Germany, Poland and the Netherlands in order to improve procedures. Hack Day participants were able to learn more about these two topics and others in workshops and lightning talks given by experts from Google and Github. 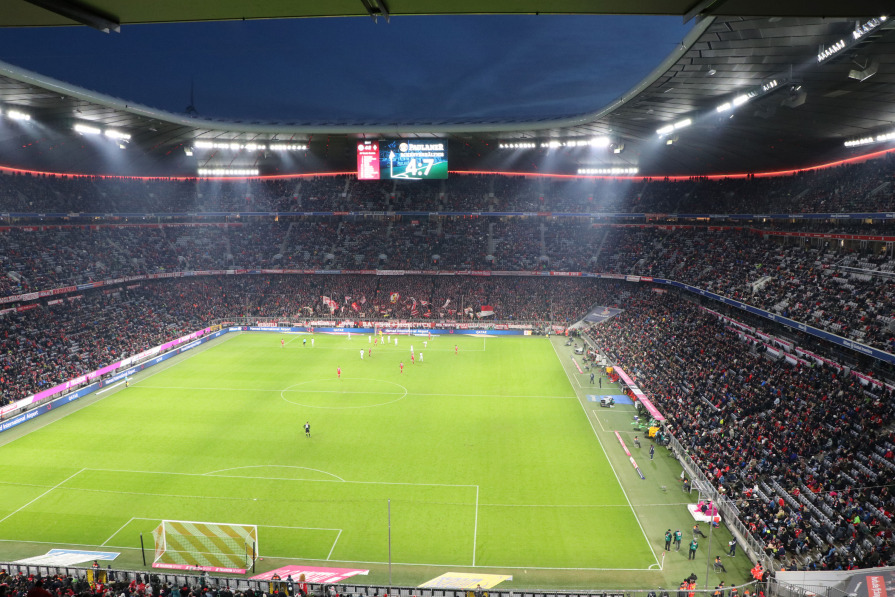 The Deutsche Post DHL Group uses this technology in several different areas. For example, as a CamCopter in the Formula E electric racing series and as an innovative ParcelCopter, making it possible to fully automate the loading and unloading of packages at specially developed stations.

The first beta versions of the projects developed by participants underwent testing by a number of fans last weekend. And who knows, maybe even more of the ideas developed in the #DHLChallenge will soon find their way into the digital world?

You Win. We Deliver