Daniel Abt was highly delighted: The Audi Sport ABT Schaeffler-Pilot has won the Mexico City ePrix, taking his maiden win in the ABB FIA Formula E.

Daniel Abt was one of the very first regular drivers in the ABB FIA Formula E. The German has had a cockpit in the electric racing series since its inception in September 2014. The Audi Sport ABT Schaeffler driver has now finally achieved his maiden win in his 38th race. Abt won the Mexico City ePrix by more than six seconds and was highly delighted.

What a fantastic day – finally a win

“What a fantastic day – finally a win,” said the 25-year old. “We’ve had hard times behind us, but never gave up and taken a commanding victory and ninth place here. I’m incredibly proud of everybody and can only thank the entire team. Both cars were simply perfect. There will be a proper party this evening!”

Abt had won previously at the season opener in Hong Kong but was subsequently disqualified after the end of the race. 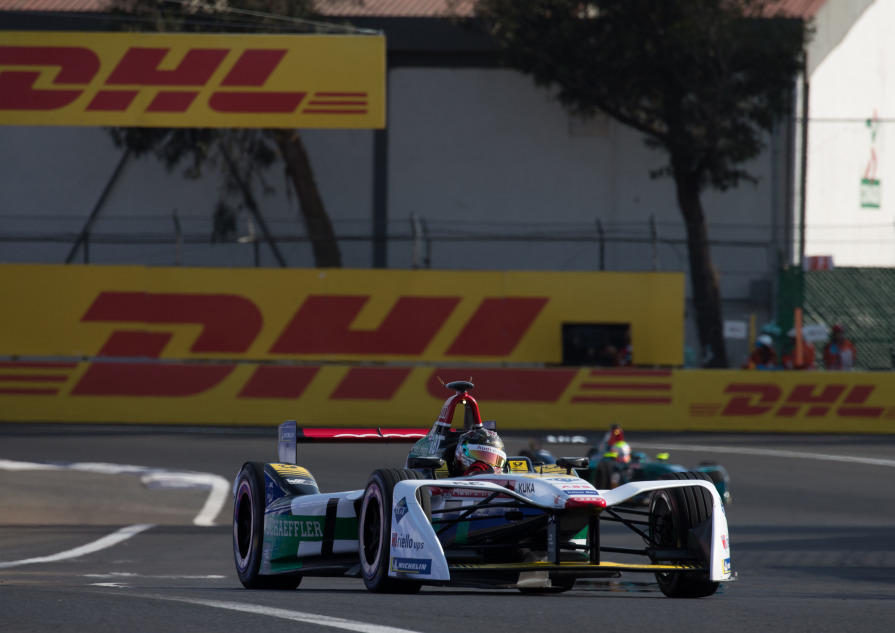 Abt started the race from P5 on the grid and quickly improved by one position. The German then benefited from the retirement of race leader Felix Rosenqvist and a perfect pit stop to take the lead which he maintained at the checkered flag. Oliver Turvey finished second with a deficit of more than six seconds and Sebastien Buemi in third place completed the party on the podium.

“Daniel drove an incredible race,” said Team Principal Allan McNish. “It was pure class how he overtook and put himself in position to win. Head of Audi Motorsport Dieter Gass added: “After the problems that we had in the first races, this race tastes particularly sweet.”

The fans too were impressed with Daniel Abt’s performance. The 25-year-old driver was named as their DHL Driver of the Day. Daniel Abt secured the first win for a German driver in Formula E, and teammate, reigning champion Lucas di Grassi, also produced a strong showing in the race. The Brazilian went on an impressive charge up the field from last place on the grid. He posted the fastest lap of the race and finished ninth.

Jean-Eric Vergne has a lead of twelve points on Felix Rosenqvist in the overall standings after five of twelve races this season. Abt improved to take sixth place with his victory at the Autodromo Hermanos Rodriguez.

Racing will continue for Formula E on 17th March in Punta del Este where the last ePrix of the season in South America is scheduled to take place. As Official Logistics Partner, it’s DHL’s job to ensure that all the equipment needed by the electric racing series is delivered safely and punctually to Uruguay. FIA Formula E: Season Four will be even more electric