Marc Marquez shot out of the starting blocks in 2018 and hasn't looked back since. His opponents are desperately trying to catch up, but they are running out of time fast.

In recent MotoGP™ seasons, it has generally taken Marc Marquez some time to get his campaign seriously underway. This was because Honda has been in the habit of making massive changes to its RC213V, either changing the cylinder firing order or reversing the direction of rotation. Marquez and his fellow Honda riders were then obliged to rectify the resultant teething troubles.

And it was that precise factor that gave the likes of Jorge Lorenzo, Valentino Rossi or Andrea Dovizioso the opportunity to match or even beat Marquez in the general classification. An average start to the season by Marquez was the only hope they could cling to in their battle with the Opponent from Outer Space, the best motorcycle rider of our time.

Marquez riding in a league of his own

In 2018, however, Marquez has been navigating his way at top speed through the often-bewildering maze of MotoGP™. Even in the season opener at the Losail International Circuit in Qatar, a track that has never really suited Marquez and his Honda, he was only 27 thousandths of a second away from a win. In the following race in Argentina, he was clearly the fastest man on the track. It was only the treacherous weather conditions (or possibly an overdose of adrenaline) that caused a controversial collision with Valentino Rossi and halted his progress. 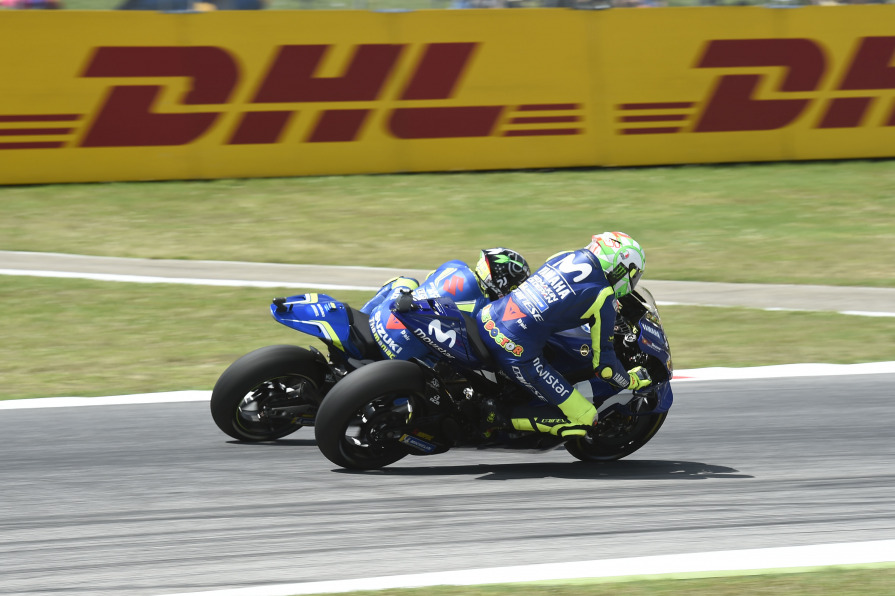 Undeterred, Marquez then embarked on a sequence of victories starting with Round 3 at his favorite track, the Circuit of the Americas in Austin. The reigning world champion saw a win in Austin, as well as the following two races in Jerez and Le Mans, which opened up a sizeable gap on his rivals. Two more wins at Assen and the Sachsenring followed. Now, five wins plus two runner-up spots have given Marquez a comfortable 46-point half-time lead.

MotoGP™ 2018: The top five at the halfway stage

At the moment, Marquez's opponents can only dream of such a hassle-free campaign. Yamaha is struggling with its electronics package, which is costing riders crucial seconds on acceleration. The Ducati bikes are suffering from excessive tire wear and no longer boast their great strength from the previous year, namely economical management of the Michelins. Suzuki, KTM and Aprilia are making progress, but are still a long way off the consistency of speed achieved by the package available to Marquez and Honda.

While the rest of the MotoGP™ world is desperately trying to gain ground on the champions, they are rapidly running out of time. That's because the first nine race weekends of 2018 have already been held - within only a four-month period. Three of the Grand Prix events were staged at a considerable distance from MotoGP™'s home continent of Europe. For these overseas races, the teams, together with DHL as Official Logistics Partner of MotoGP™, have had to load 800 crates onto 40 trucks and transport them around the globe in four Boeing 747 jumbo jets. There is hardly any time for further development work on the bikes, despite the fact that DHL is perfectly capable of delivering new parts directly from factory to racetrack within a very short time, including on race weekends. 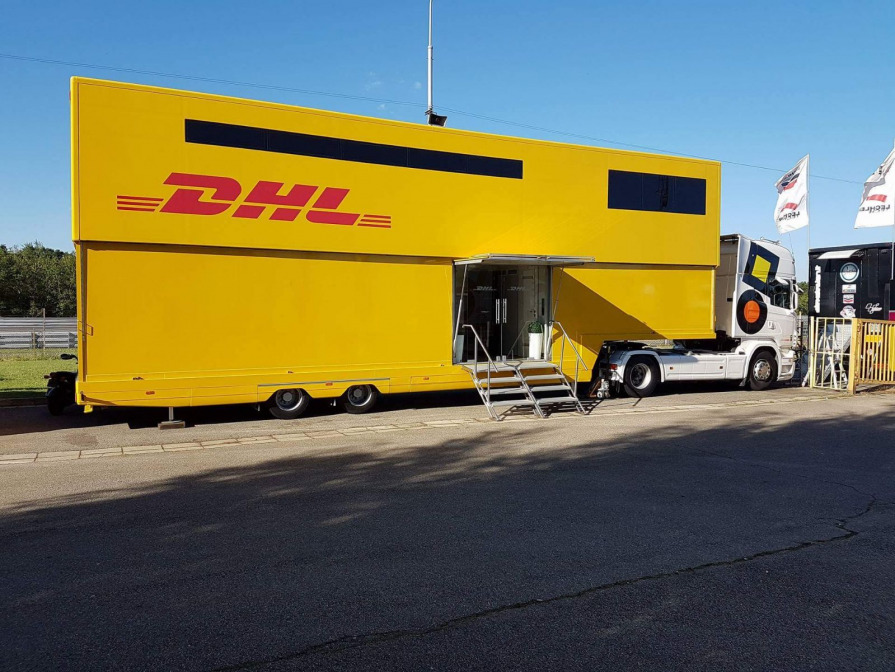 No time to relax during the longest season in history

The teams and riders in the premier class of the sport have had no time to catch their breath this year. It is the longest season in MotoGP™ history, with no fewer than 19 fixtures on the calendar. The summer break has consequently been reduced from just under the customary five weeks to fewer than three this time. Immediately after the short holiday, MotoGP™ continues with back-to-back races at Brno and Spielberg. Three further European GPs will then take place before the whole circus heads east.

Four overseas events are to be hosted by Thailand, Japan, Australia and Malaysia. The last three of these have been scheduled as a triple‑header, i.e. on three successive weekends. The ten races in the second half of the season - from the Czech Grand Prix to the grand finale in Valencia - have been packed into three short months.

For manufacturers, teams, riders and Official Logistics Partner DHL, this means not only non-stop race action - but also working at the absolute limit. But we're happy to be in the rider's seat, because when you enjoy your work, time flies by. And with 19 MotoGP™ races in 15 countries on five continents within the space of eight months, we mean that very literally.

Marc Márquez did it his way