The Reds ran out 4-1 winners at Old Trafford – courtesy of doubles from Zlatan Ibrahimovic and Anthony Martial – to set up a meeting with Hull City in the last four.

For the second time in the space of four days, the Reds played host to West Ham United at the Theatre of Dreams and, as Ander Herrera stated, United were desperate to make the fans proud after being left frustrated by Sunday’s 1-1 draw in the Premier League. "We want to fight for everything and we want to make our fans proud," he said.

Turning that desperation into determination, United made the ideal start and stormed into an early lead when top scorer Ibrahimovic got on the end of an exquisite Mkhitaryan backheel to clip a cool finish over Adrian and take his season’s tally into double figures. Old Trafford was on its feet! 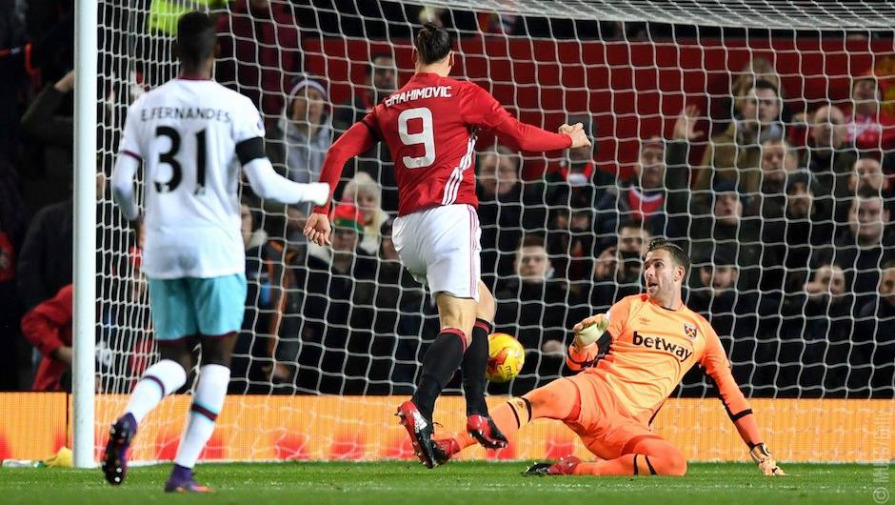 The Reds, who had knocked out League One Northampton and holders Manchester City, enjoyed much of the play in the first half and carved out several openings but were continually thwarted by a stubborn West Ham defense. However, United were left dissatisfied at the interval after the visitors drew level. 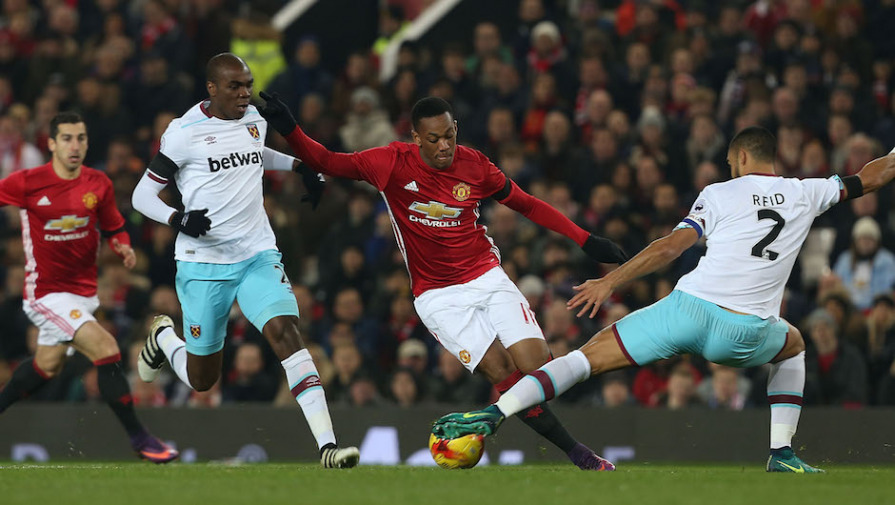 But it wasn’t long before Old Trafford was back on its feet again celebrating as United started the second half in the same way as the first. Antonio Valencia’s backheel freed the impressive Henrikh Mkhitaryan, who notched his second assist of the game with a fine lay-off for Martial to send a composed finish into the roof of the net from 10 yards.

We have to keep working and be ready for the next game.

With the Reds firmly in control, the Old Trafford faithful gave substitute Bastian Schweinsteiger a standing ovation as he replaced Martial with four minutes to play for his first appearance of the season. The German almost got on the scoresheet but sliced his shot off target before Ibrahimovic, who was earlier denied by a fine Adrian save, rounded off the evening nicely by tucking away a perfectly weighted cutback from Herrera for his fifth goal in the last four games. 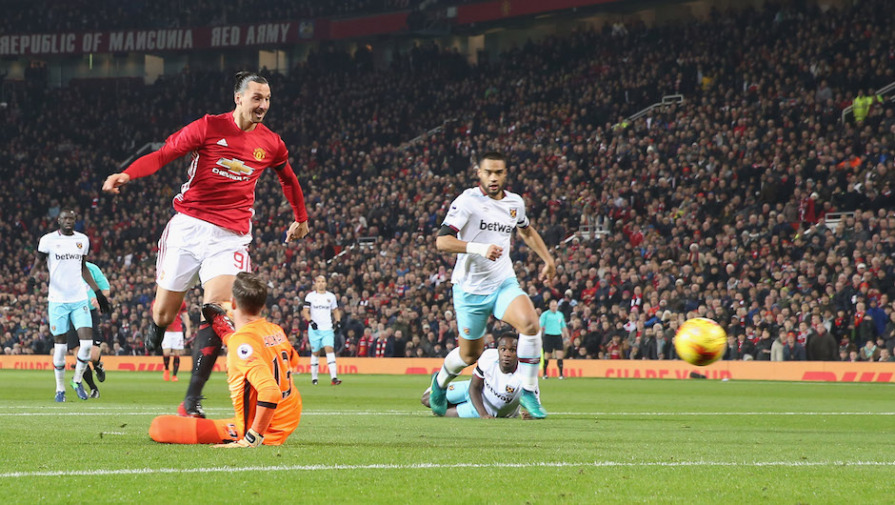 It proved the final act as the Reds, who return to Premier League action against Everton at Goodison Park on Sunday, comfortably returned to winning ways to take another step closer to Wembley.

We’ll be tuning in for the semifinal matches on January 10 and 24. Good luck United!

Don’t forget: Tell us your favorite rivalry and win!
We’ve launched the next segment of #LegendaryMoments: Rivals. Click here to participate! Tell us which rival or opponent you most like to watch United play against – and be entered to win a signed Manchester United shirt!

Keep watching for more chances to win!
This won't be you're only opportunity so stay tuned for more. Each month throughout the season, we'll ask you a new question, with a chance to win prizes each time. And we're collecting your #LegendaryMoments all season long right here on DHL InMotion.

Going to Old Trafford?
Look for our special DHL #FanBooth outside the stadium, where you can record your #LegendaryMoment and have a chance to win.

Manchester Derby: Ready to be Legendary

Manchester United: How did you become a Red?