The UNITED. DELIVERED. Grand Prize winners got the experience of a lifetime in Manchester – complete with a hat trick, the Theatre of Dreams delivered.

Though they’ve already boarded bus and plane for the trek back home to Cardiff and Cape Town, Dan Robertson and Jason Wells, along with their UNITED. DELIVERED. teams, are still crisscrossing the unforgettable Old Trafford pitch in Manchester – in their memories at least. What were once surreal thoughts and dreams are now as real as the hat trick Dan scored for Team Cardiff – or the handshake and a hug Jason got from United legend and fellow countryman Quinton Fortune.

Living the dream
“You can’t even dream of these days,” said Dan. “That’s the thing, it is the Theatre of Dreams. This is everyone’s dream, and I’ve lived it out.”

Indeed he, did. The family man and youth football coach, who dreamed of playing for Manchester United as a kid, scored a hat trick that helped carry his team on to victory against Team Cape Town. His third goal included a brilliant scissor kick at the Stretford End.

“This is everyone’s dream, and I’ve lived it out.”

“I saw the ball coming over. Perfect,” he said. “I was practicing that on Friday night. Missed every one of them. Pulled it off on the big stage.”

It was the same move he broke a rib trying at his UNITED. DELIVERED. match last fall.

No, you’re not dreaming
Jason must have thought he was dreaming when he woke up at three o’clock in the morning on the day he was going to set foot on the Old Trafford pitch – the day after he had seen his heroes play at the epic stadium with his own eyes for the first time. 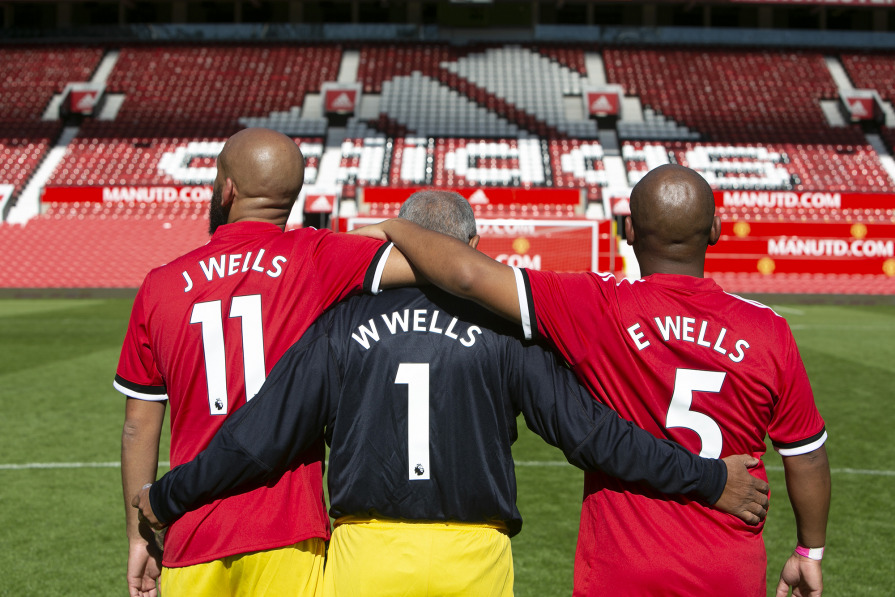 “I realized I was in Manchester,” he said as he stood at the heart of the Theatre of Dreams. “That I was going to the AON Training Complex with my brother, my dad, my team. And now, I don’t know what to say about this…”

Unlike Dan, who had made the trip to Old Trafford a few times as a younger man, Jason had never had the chance. What a way to fulfill a life-long dream.

“Not many people can say that.”

“I walked in here yesterday in tears,” he added. “It was the first time ever, and now I’ve set foot right here, kicked the ball. Not many people can say that.”

Dreams delivered
As the UNITED. DELIVERED. Grand Prize winners, Dan, Jason and their teams got the ultimate VIP treatment, delivered by DHL. 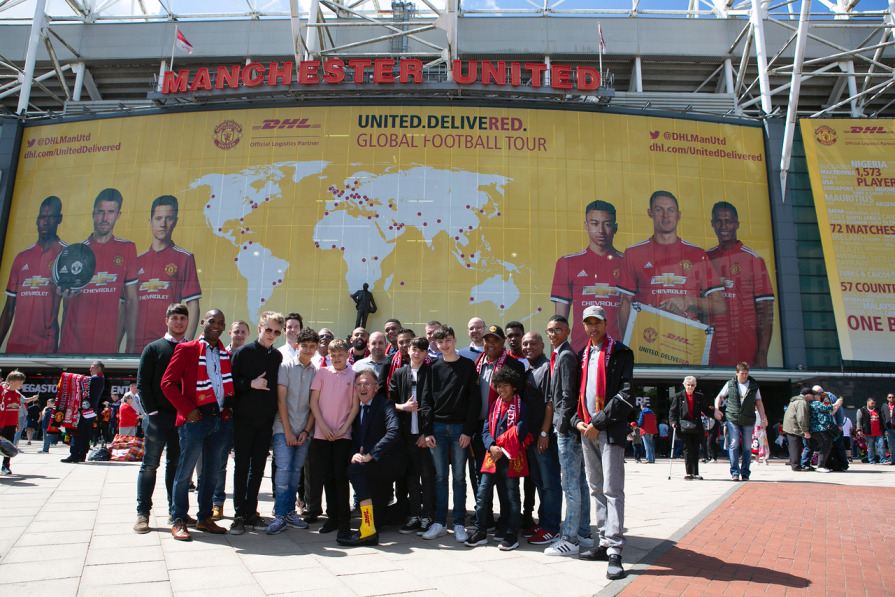 It all started on Sunday, May 13, when they arrived at Old Trafford a few hours ahead of United’s final match of the season against Watford. After some time to explore the stadium – most for the very first time – the two teams assembled in an exclusive VIP suite to grab a three-course lunch prior to kick-off.

“The hospitality was exceptional,” said Dan.

“The hospitality was exceptional.”

And as if that wasn’t enough of an incredible start to the day, the group got a surprise visit from United legend Micky Thomas just before their current heroes took the field. Bryan Robson popped in after the match. The guys were pinching themselves to make sure it was real. 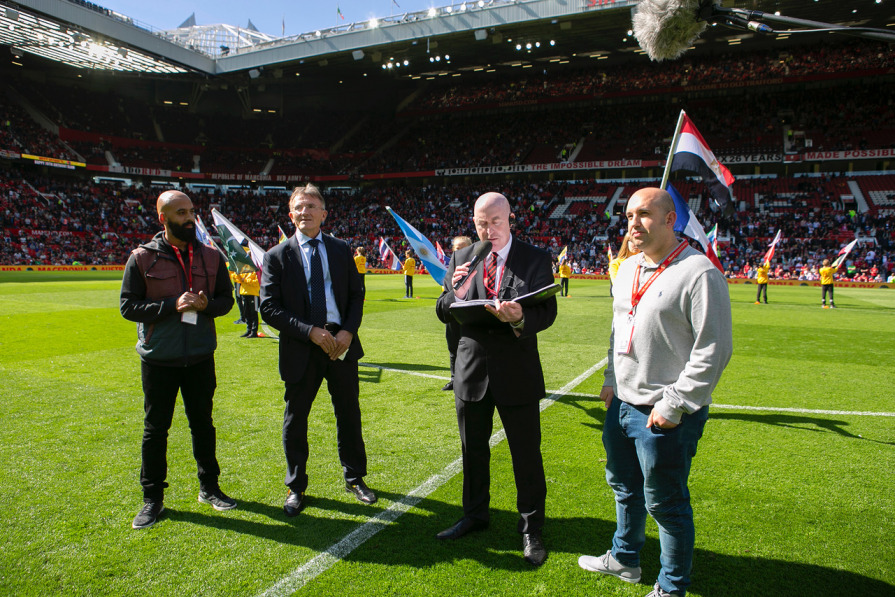 For our two winning UNITED. DELIVERED. match hosts, the halftime show as probably the highlight of the day, considering that they were the highlight of the show. With Old Trafford’s celebrated announcer Alan Keegan on the mic, the two were interviewed on the pitch in front of 75,000 fans. After that, Ken Allen, CEO of DHL Express, conducted the coin toss to determine who the home team would be for the final UNITED. DELIVERED. match to be played right there on that very pitch the next day. The stakes were high as the home team would also be suiting up in the home team changing room. Perhaps it was fate that Dan and Team Cardiff won the toss.

The icing on the cake of the unforgettable day was United’s 1:0 win over Watford.

The Theatre
Monday took the teams first to the AON Training Complex, where they faced a jam-packed morning that began with a session with Manchester United’s Head of Performance, Tony Strudwick, on what it takes to compete at the elite level. Next up was an intense technique and skills training session with coaches from the Manchester United Soccer School.

“They put us through our paces,” said Dan. “I was done after the training.”

From there they returned to Old Trafford for lunch, which included another surprise: United Legend Micky Thomas was back, this time the Welshman had his autobiography on hand to sign personal copies for the guys..

“The reason we do anything as United fans from Cape Town – we just want to do anything to be close to the club.”

Before the moment of truth – the final UNITED. DELIVERED. match on the Old Trafford pitch – the group was treated to a tour of the stadium, that included a trip inside the museum and yet another surprise: United Legends Dennis Irwin and Quinton Fortune waiting by the trophies to announce that they’d be joining them on the pitch. 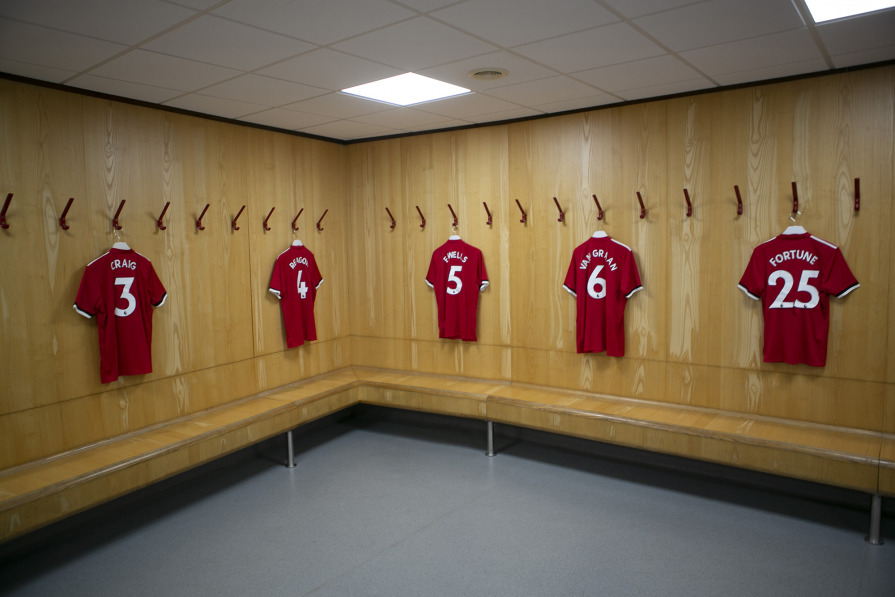 But it only gets better. The stadium tour concluded in the players’ changing room – Team Cardiff in Manchester United’s room and Team Cape Town in the away room. There they found personalized United jerseys hanging up. 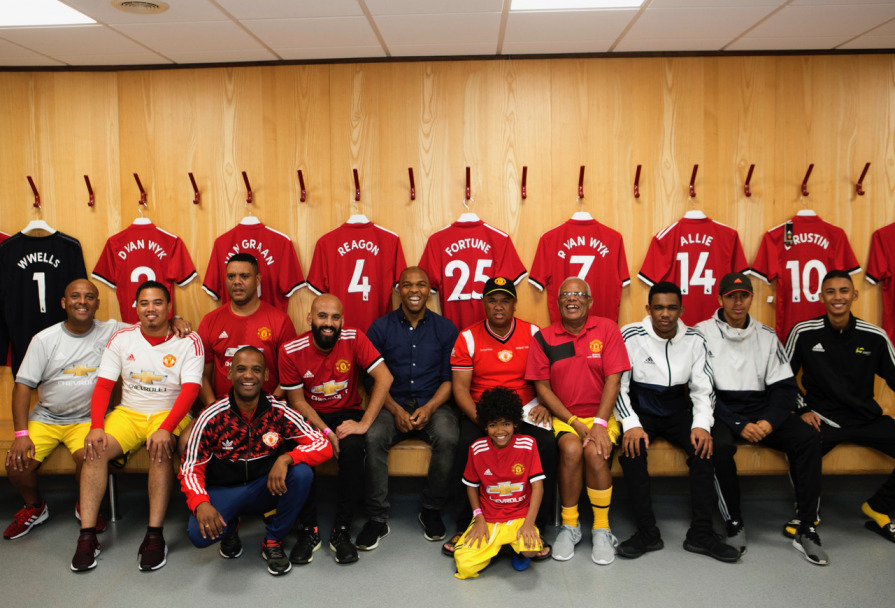 After suiting up it was on to the field to shake hands and face off for the final UNITED. DELIVERED. match under brilliant blue skies. It couldn’t have been more perfect. 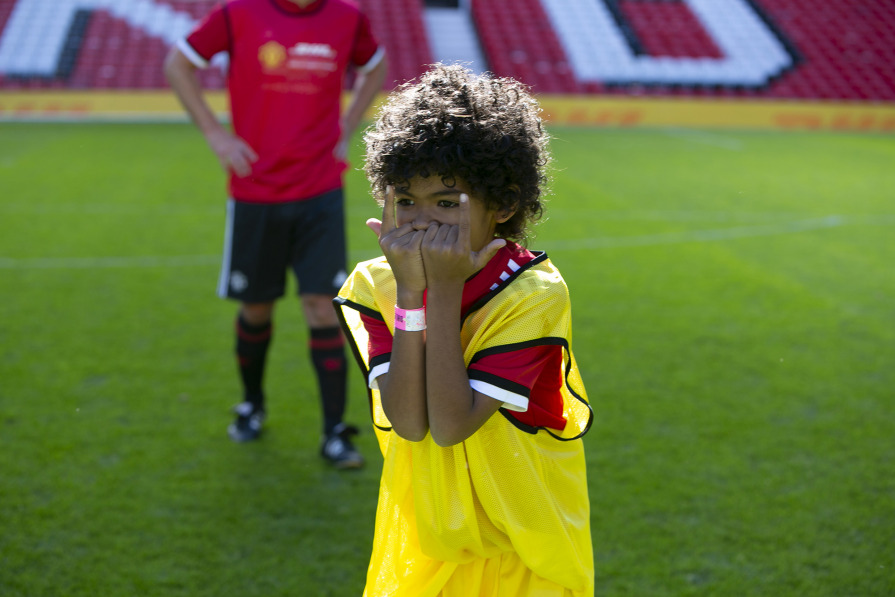 Well, not so fast. Sure it can. Dan’s hat trick included a savvy scissor kick at the Stretford End. And South Africa’s youngest player – 9-year-old Luke Van Wyk scored both goals for his side and delighted everyone with some impressive dance moves each time. The perfect game was complete when Dennis and Quinton both made appearances from the bench.

“To be the very first game at the start of the tour and now to play the final game at Old Trafford…this is amazing.”

“The reason we do anything as United fans from Cape Town – we just want to do anything to be close to the club,” said Jason. “We set out to play a football game with these bibs on all those months ago. To be here now, to do this whole thing. DHL has pulled something incredible off. To be the very first game at the start of the tour and now to play the final game at Old Trafford…this is amazing.”

Tour 2.0
Though the 2017/18 UNITED. DELIVERED. Global Football Tour has now come to an end, you can still relive all the action and explore an interactive map with all the match locations. Just visit the UNITED. DELIVERED. page right here on DHL InMotion.

The Tour will be back for the 2018/19 season – along with a renewed chance to participate and win an ultimate prize. So stay tuned by following us on Twitter @DHLManUtd and Facebook!

UNITED. DELIVERED.: Dreaming of the Theatre of Dreams

UNITED. DELIVERED.: Making friends in the land of the rising sun

UNITED. DELIVERED.: Die Hards Down Under

UNITED. DELIVERED.: Serving up Something Special on Turks & Caicos Islands