With the FIA Formula 1 World ChampionshipTM about to begin, DHL and Formula 1® are proud to announce the extension of their long standing global partnership, which spans across a number of decades. DHL thus remains the Official Logistics Partner of Formula 1® and will continue to be responsible for shipping world-class motorsport around the world. 2021 sees 23 destinations on the Formula 1® racing calendar, the largest number in the sport’s history, with DHL transporting transmission technology, equipment, cars and fuel for the racing teams. DHL has been official logistics partner since 2004, winning the “race between the race” at every scheduled event.

"We are proud to continue our unique partnership for the years to come," says Arjan Sissing, Global Head of Brand Marketing at DHL. "Formula 1 has been delivering the ultimate in speed, precision and technology to its fans for over 1000 races and it is DHL who delivers Formula 1 across the globe. For more than four decades, our common values connect us with each other and made it possible to win any logistics races around the world, before the first tires touch the track. We are looking forward to defend our title in each of these races between the races.”

The transport volume of up to 1,400 tons have to be transported from one venue to the next within the shortest possible time and with great reliability. That’s why DHL employs a team of motorsports logistics specialists who work closely with Formula 1® management and the racing teams. Just like on the race track, it’s all about speed, precision and cutting-edge technology.

“DHL are our longest standing global partner and we are delighted to have signed a partnership extension that demonstrates our strong and collaborative relationship."

Stefano Domenicali, President and CEO, Formula 1, added: “DHL are our longest standing global partner and we are delighted to have signed a partnership extension that demonstrates our strong and collaborative relationship. For the past 16 years we have delivered on and off the track together. We are proud to be working with the world’s leading logistics provider as we look ahead to the biggest season ever for Formula 1".

The 2021 FIA Formula 1 World Championship™ begins March 28, with the Formula 1 Gulf Air Bahrain Grand Prix 2021 and closes December 12 with the Formula 1 Etihad Airways Abu Dhabi Grand Prix 2021. The 2021 race calendar takes in 23 races on five continents and is thus more action-packed than ever. This year, drivers, teams and DHL’s logistics crew all face the special challenge of three triple headers, where three races are held over three consecutive weekends. 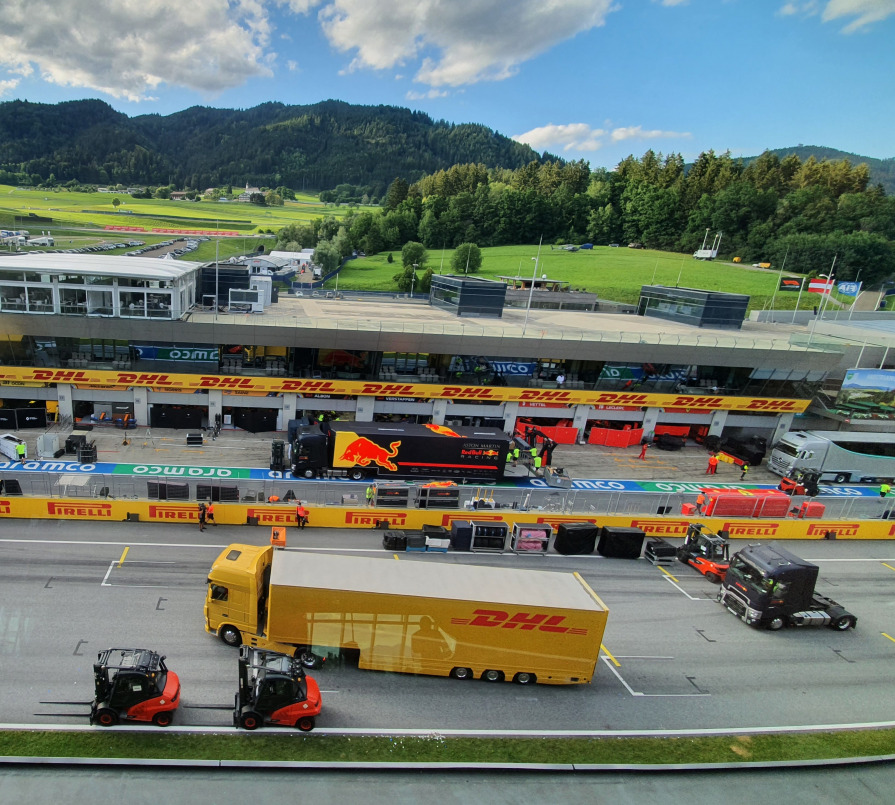 In the first triple header, the action takes place in Europe. The Formula 1 Rolex Belgian Grand Prix 2021 in Spa-Francorchamps on August 29 will be followed by the Formula 1 Heineken Dutch Grand Prix in Zandvoort on September 5. A week later, the Formula 1 Heineken Gran Premio D’Italia 2021 will be held in Monza on September 12. The second triple header is logistically even more demanding because significantly greater distances have to be covered.

“Even during the race, before the checkered flag is waved, the DHL team start dismantling and stowing equipment.”

“An intercontinental triple header is where logistics is really put to the test,” says Paul Fowler, Global Motorsport Head, DHL Global Forwarding. “Even during the race, before the checkered flag is waved, the DHL team start dismantling and stowing equipment.” And for the logistics experts, the job becomes especially difficult when parts have to be flown out and back in again during the three-week triple header timeframe – such as for testing in special laboratories located all around the world.

New events like the Formula 1 Heineken Dutch Grand Prix 2021 in Zandvoort, which is back on the Formula 1® schedule, and the Formula 1 Saudi Arabian Grand Prix 2021, which this year will be held on a new street circuit in Jeddah, also test the logistics specialists. This is why scouts explore the new routes to ensure that, despite unfamiliar surroundings, things run smoothly and everything fits into place. For Paul Fowler, it’s challenges like these that make motorsport so appealing: “Behind the scenes, we give our all to ensure that the teams and drivers can perform at their best, and that racing fans everywhere get to see the sport they love.”

With the extended partnership, DHL will again be offering two awards: The DHL Fastest Lap Award and the DHL Fastest Pit Stop Award for special achievements by drivers and teams. This year’s awards will be presented to the winners in Abu Dhabi on the final day of the racing season. 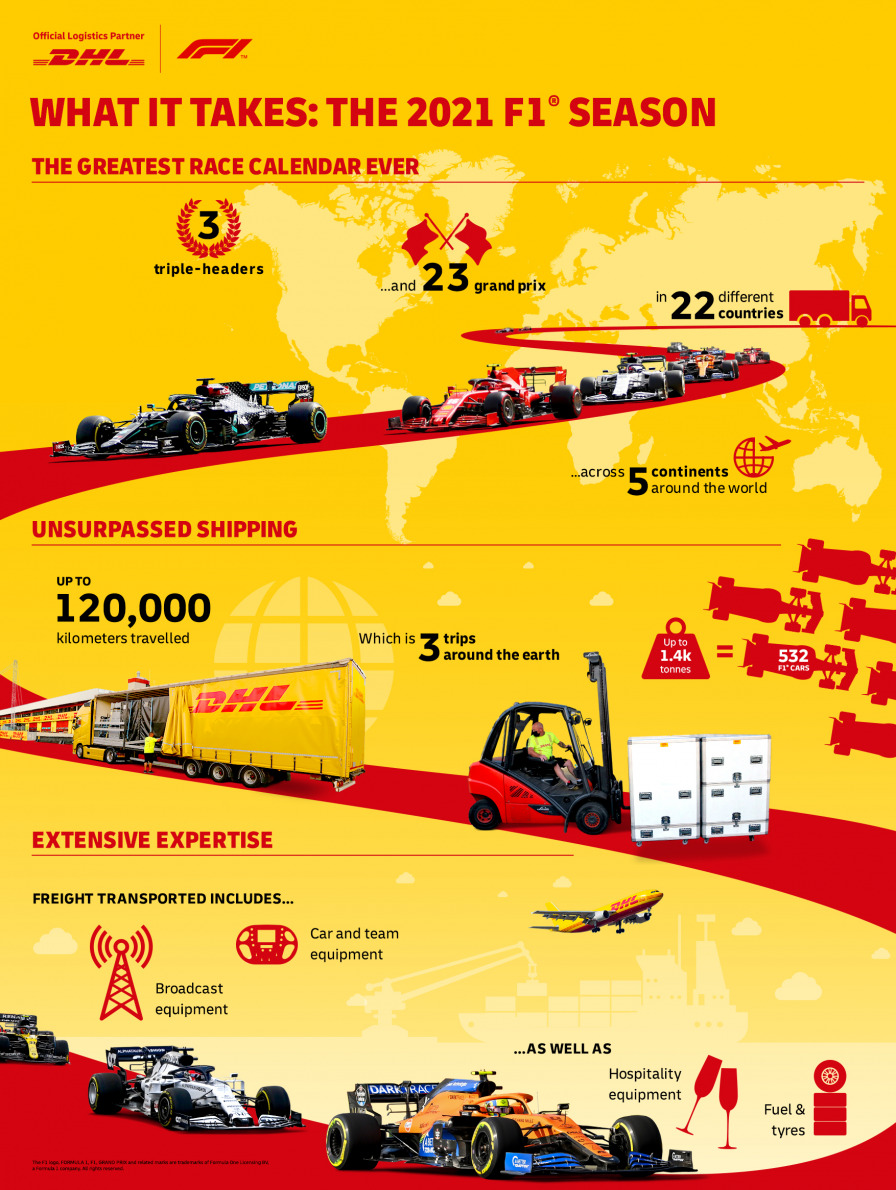 Formula 1 is back: the 2020 season is due to restart in Austria