The annual Fat Boy 10s charity rugby tournament in the Philippines is another prime example of how rugby can bring people together, give kids a sense of belonging and raise much needed funds for charity.

The Pot Bellied Pigs are arguably one of the most internationally active social rugby clubs in Asia. There’s certainly more to these guys than their size. Spend a few days with the Pigs and you’ll find a bunch of big hearts who put big efforts into everything they do. Their Fat Boy 10s charity rugby tournament in the Philippines is a prime example of how they have big fun while making a big impact.

The annual event, which just celebrated 15 years, is an inspirational charity event that not only raises funds to support thousands of underprivileged kids in the Philippines, Laos, Myanmar, Cambodia and Vietnam, it also brings children together to teach them both rugby and life skills.

“It gives them a focal point, somewhere to come together, to feel part of something.”

“This program and other support – it helps street kids, underprivileged kids,” says Gary Kemp, a Senior Vice President at DHL Express and a member of the Pot Bellied Pigs. “It gives them a focal point, somewhere to come together, to feel part of something.”

This year’s Fat Boy 10s was held at Challenger Field in Clark, Pampanga, Philippines. Rugby teams from around the world travelled to compete in the tournament and take part in the children’s programs. The event attracted hundreds of kids from the local community – and it has been a big part of the growing grassroots rugby community in the country.

DHL has partnered with The Pot Bellied Pigs and the Fat Boy 10s for years – and we’ve been enormously encouraged to watch the development of rugby in the region and the impact it’s having on so many boys and girls. 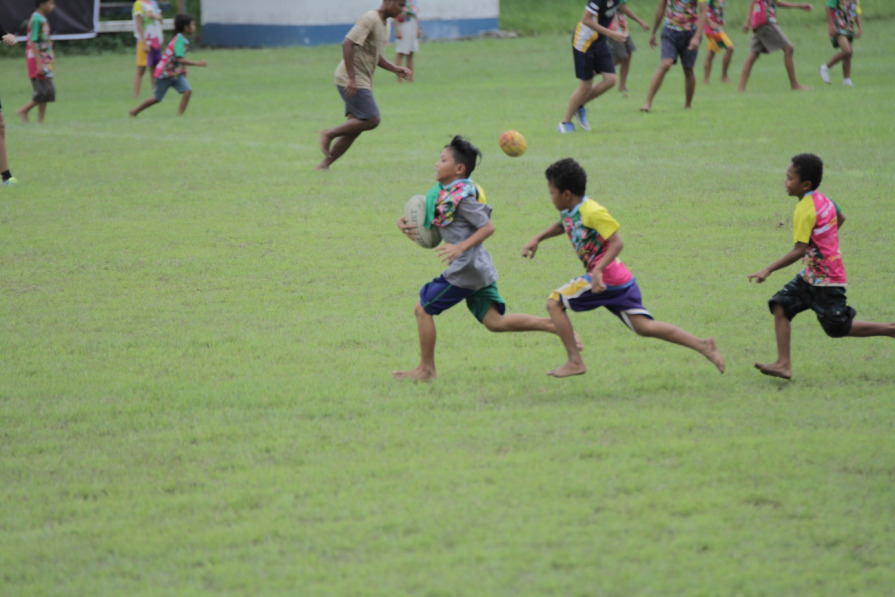 Rose Mae Lanticse, who manages the Get into Rugby program for the Philippines Rugby Football Union, says sponsors like DHL have made a huge difference.

“Since we have the support of DHL, we didn’t worry about getting more kids involved,” she says. “Just recently we had a tournament – we had 539 kids participate. Before we taught 500 kids in a year. So, it’s quite amazing how we’ve grown through the support of DHL.”

Over the years, the charity tournament has raised significant funds to pay for rugby programs, medical missions, food programs and more that benefit impoverished young people in the community. The fruits of those of programs are spreading nationwide.

“Some of the kids you see here playing today have come up through that system, and there’s lots more kids coming through,” says Gary. “We’ve got kids from all over the Philippines in this program now.” 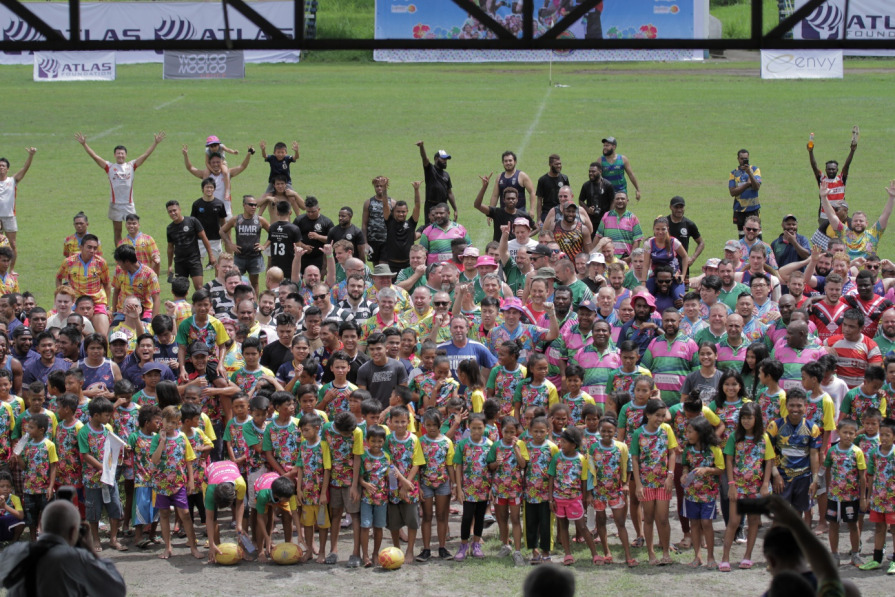 “We’re incredibly lucky that we have DHL as one of our major sponsors.”

“We’re incredibly lucky that we have DHL as one of our major sponsors,” says Anson Bailey, Pot Bellied Pigs Club President. “They support rugby across Asia – really helping grassroots rugby and getting both boys and girls to hopefully enjoy and learn about this amazing game.”

Anson has watched the sport he loves sprout and flourish in the region over the past 15 years, and his pride is palpable.

“This game has gone across all of these different borders – in places like the Philippines today there are boys and girls who absolutely love this game of rugby,” he says. “And it really is a pleasure to be part of this growing rugby community.”

Making an impact on the HSBC World Rugby Sevens Series

Why Grassroots Rugby is in Good Hands

The 2018 Rugby World Cup Sevens are a knockout