DHL Parcel has successfully concluded a three-month test of its third Parcelcopter generation.

The trial run, part of a larger research and innovation project, was conducted between January and March 2016 in the Bavarian community of Reit im Winkl. It represents the first time worldwide that a parcel service provider has directly integrated a parcelcopter logistically into its delivery chain. Private customers in Reit im Winkl and up on the Winklmoosalm plateau were invited to test out the specially developed Packstations, dubbed the Parcelcopter Skyport. During the three month trial period, they could simply insert their shipments into the Skyport to initiate automated shipment and delivery per Parcelcopter. A total of 130 autonomous loading and offloading cycles were ultimately performed.

As part of the trial, the technically upgraded vehicle was able to deal with heavier loads, longer distances and delivery to an alpine region notable for its geographical and meteorological challenges. The first task was to master the rapidly changing weather conditions and severe temperature fluctuation in the test area. With that achieved, the DHL Parcelcopter then performed a series of flawless flights. Each round trip from valley to plateau at roughly 1,200 meters above sea level covered eight kilometers of flight. The drone's cargo was typically either sporting goods or urgently needed medicines and it arrived at the Alm station within just eight minutes of take-off. The same trip by car takes more than 30 minutes during winter.

"We're the first worldwide who are able to offer a transport drone – Parcelcopter at DHL – for end-customer delivery. With this combination of fully automated loading and unloading as well as an increased transport load and range of our Parcelcopter we have achieved a level of technical and procedural maturity to eventually allow for field trials in urban areas as well," said Jürgen Gerdes, Management Board Member for Post - eCommerce - Parcel at Deutsche Post DHL Group.

In the coming months DHL Parcel will be analyzing performance data and other insights from the trial together with its R&D partner, the Rheinisch-Westfälischen Technischen Hochschule Aachen (RWTH). The findings will be used to select other potential areas for testing.

The success of the project reflects an outstanding partnership with both the community of Reit im Winkl and also the relevant civil oversight agencies: the Federal Ministry for Transportation (BMVI) established a restricted flight zone specifically for this research project, and the Aviation Authority for the Region of Upper Bavaria provided the necessary flight clearances. Together with officials from the community of Reit im Winkl, all details were worked out to ensure that the project could operate safely and uninterruptedly at all times. 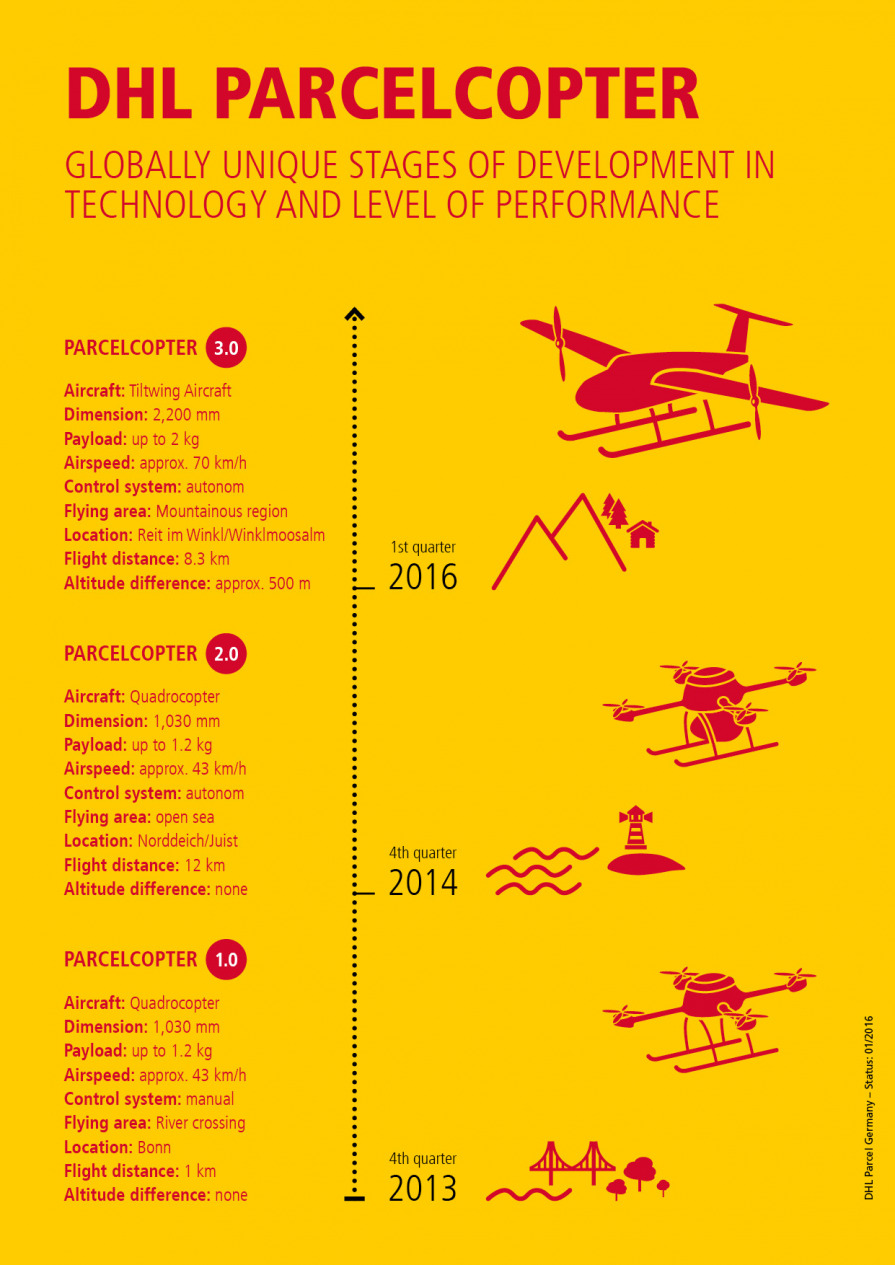